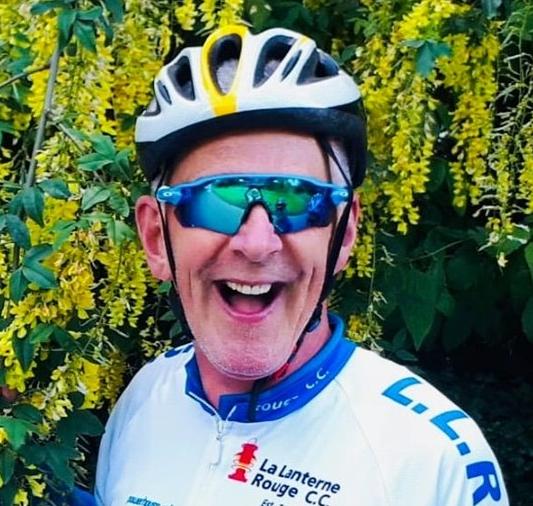 A pensioner who blamed two cyclists for “not riding in single file” after driving into them, killing one and seriously injuring another, has been sentenced to two-and-a-half years in prison.

74-year-old Arthur Robert McGrillen, who initially denied seeing Aidan Fitzpatrick and Ralph Mills before hitting them from behind in October 2019, later changed his story to claim that the cyclists were in fact at fault for the collision, telling police that they were “too wide on the road” and that he “went to go around them and they bumped on top of my car”, the BBC reports.

McGrillen pleaded not guilty to the charges of causing death and grievous bodily harm by dangerous driving in February this year, but changed his plea in May after footage from Mr Mills’ rear-facing bike camera and dashcam footage from a passing ambulance showed that the motorist had “taken no steps whatsoever to avoid a full-on, nose-to-tail collision” before “ploughing straight into” the cyclists.

Prosecution counsel Ciaran Murphy KC also told Downpatrick Crown Court that the 74-year-old should not have been driving on the road at the time of the fatal collision, as he had failed to disclose that he had suffered a stroke in 2017 when renewing his licence the following year.

Aidan Fitzpatrick and Ralph Mills, members of La Lanterne Rouge Cycling Club, were riding on the Killyleagh Road in Downpatrick, Co. Down, at 2pm on 20 October 2019, when they were struck from behind by McGrillen.

Both victims were taken to the Royal Victoria Hospital in Belfast, where Mr Fitzpatrick, a 59-year-old father of five, died from his injuries three days later. Speaking at the sentencing this week, Judge Geoffrey Miller said that Mr Fitzpatrick’s death had caused “unbearable pain for his widow and family”.

Mr Mills was also seriously injured in the collision, which the judge said has left him in “constant pain, with survivor’s guilt and a joyless outlook on life”.

Prosecutor Ciaran Murphy told the court, sitting in Belfast, that McGrillen “drove through the cyclists without making any attempt to avoid them”.

The motorist told a police officer at the scene that he “didn’t see” the cyclists before the collision. However, he later claimed that the victims were to blame for the crash, telling police that they were “too wide on the road... were not riding in single file” and that he “went to go around them and they bumped on top of my car”.

After initially denying the charges, it took until May this year – over two-and-a-half years after the incident – for McGrillen to admit that he was at fault for the collision and to plead guilty to causing death by dangerous driving and causing grievous bodily harm. The 74-year-old, who appeared in court via video link from Maghaberry prison, “expressed remorse and hurt” for the victims and their families.

The court was also told that misleading information supplied by Mr McGrillen when he was renewing his driving licence in 2018 was an aggravating factor in the collision.

Mr Murphy said that the pensioner had suffered a stroke in 2017, but had failed to declare the condition on his paperwork the following year. When asked if he suffered from any illnesses, including a stroke, which could affect his entitlement or ability to drive, McGrillen had answered “no”.

“Had he made a disclosure about his medical condition prior to the accident, we say it is reasonable to conclude that his licence would have been revoked,” Murphy told Downpatrick Crown Court.

“This is an aggravating feature in that had he made the appropriate disclosures he would not have been driving and the collision would not have occurred.”

Judge Miller said that the motorist’s actions, captured on the victim’s bike camera and dashcam footage, “amounts to an exceptionally bad piece of driving which resulted in a fatality and serious injury. I am satisfied that this amounts to an aggravating feature of dangerousness in this case.

“He first blamed the cyclists and claimed he was not at fault. Had it not been shown in Mr Mills’ camera footage, he might have persisted in this lie.”

McGrillen was sentenced to two-and-a-half years in prison, with a further 30 months on a supervised licence following his release from custody. He also received a four-year concurrent sentence for causing grievous bodily injury, and has been banned from driving for life.

At the time of his death, Aidan Fitzpatrick was described by La Lanterne Rouge Cycling Club as “much loved by his cycling friends. He was a true gentleman and it was an absolute privilege to know him. He will be very sadly missed by us all.”