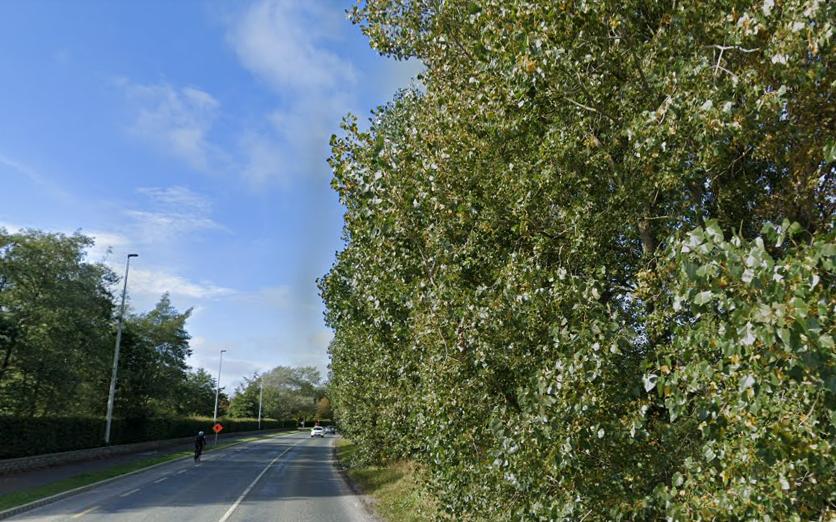 The council has warned building proposed cycle lanes to the new 400-property estate could compromise the trees' root system...
by Dan Alexander

Councillors, property developers and residents are discussing plans to cut down 140 trees adjacent to a new housing development in order to make space for cycling infrastructure.

The debate comes as a survey has been launched into the condition of the trees "with a view to their protection" as one councillor voiced concerns from residents who feel "it is a lot of trees to take down" and another argued that while cycling infrastructure is important for reducing pollution, "trees do the same thing".

Kildare Now reports a meeting will take place between the council and developer Ballymore Homes to "see what if any alternatives may be available to resolve the conflict between the cycle track proposal and retaining the trees."

> Angry residents threaten to chain themselves to trees over cycle lane

Kildare County Council said the issue relates to the potential for construction of the cycle lane to compromise the poplar root systems, causing safety concerns about falling trees.

One possible solution raised by council official Stephen Deegan is for the trees to be replaced at a later date by planting mature trees, but he stressed any decision would have to be made following discussion with the developer.

It is to this backdrop that residents from a local association have urged others to email the council and ask for the trees to be kept.

In a statement to Kildare Now, Ballymore Group said it is "currently engaging closely with Kildare County Council on delivering infrastructure as part of the creation of a mixed-use development including nearly 400 residential units on a 22-hectare site between Blessington Road and Tipper Road in Naas. All construction is within the grant of planning issued by Kildare County Council on February 15, 2017."