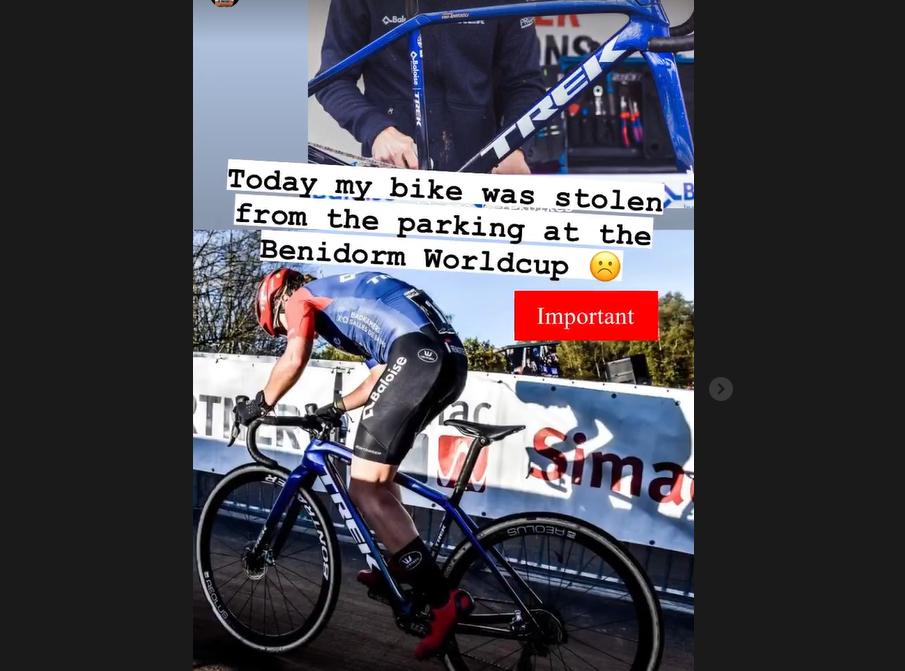 Shirin van Anrooij, one of the brightest prospects in cyclocross and on the road, has reached out to her social media followers after one of her bikes was stolen ahead of today’s penultimate round of the 2022-23 UCI Cyclocross World Cup in Benidorm.

The 20-year-old Baloise Trek Lions rider, who also represents Trek-Segafredo during the road season, posted on Instagram and Twitter last night that the bike – a team-issue blue Trek Boone – was taken by thieves from a nearby car park used by her squad while she was reconning the Costa Blanca resort’s course, which is making its debut as part of cyclocross’s elite series.

‼️🙁 Stolen bike during the course recon of the Worldcup in Benidorm.. pic.twitter.com/RDUVAF5C14

“Important – Today my bike was stolen from the parking at the Benidorm World Cup,” she wrote. “Please let me know if you saw it or know something.”

The bike in question, a blue Trek Boone with SRAM Red eTap AXS, was the subject of a forensic investigation by road.cc’s tech team last month after a rumour spread that Baloise Trek Lions’ cyclocross riders were racing with shift-brake levers that weren’t current generation SRAM Red. 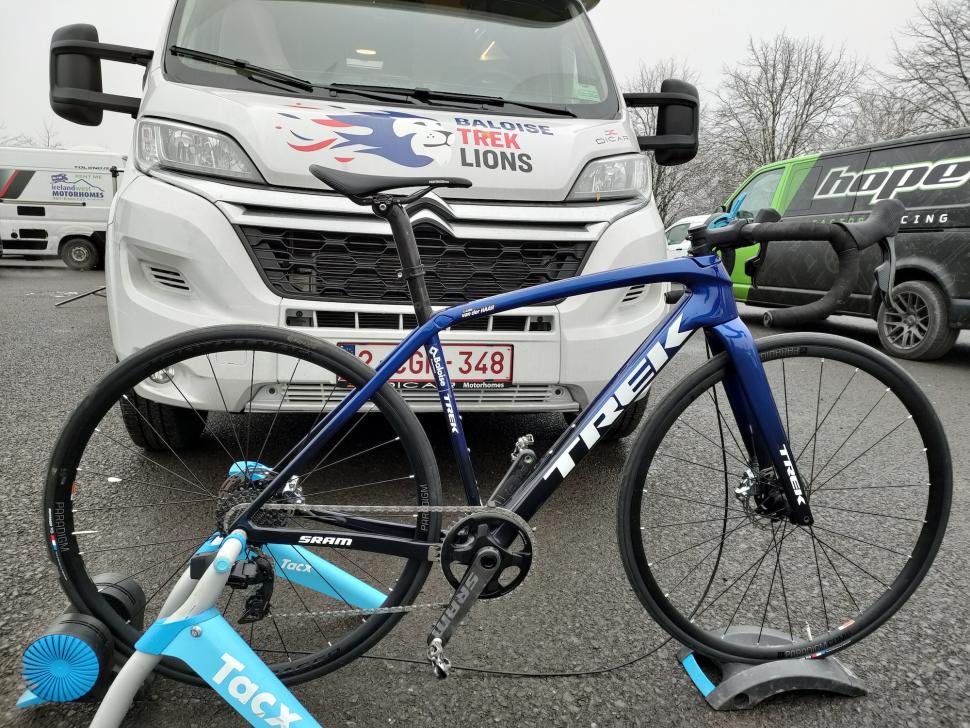 Van Anrooij has raced her Boone (and its mysterious shifters) to six victories during an impressively strong winter, including three World Cup triumphs at Beekse Bergen, Gavere, and through the sand at Zonhoven.

She heads into today’s race in Benidorm – where, despite the untimely theft, she will take on her rivals for ‘cross supremacy Fem van Empel and Puck Pieterse, as well as world champion Marianne Vos – off the back of three consecutive wins since the end of December.

The 20-year-old Dutch star also enjoyed a breakthrough 2022 on the road, winning the U23 European road race and time trial titles, as well as picking up top tens at World Tour level at Strade Bianche and the Vuelta a Burgos. At the Tour de France Femmes in July, Van Anrooij finished 14th overall, clinching the white young rider’s jersey in the process.

The brazen theft of one of the Baloise Trek Lions rider’s bikes isn’t the first time this winter that equipment raced by leading female riders has been targeted.

In November, Women’s World Tour team SD Worx issued an appeal after several of the squad’s bikes were stolen in what was described as a “brutal burglary”.

The Dutch squad, led by Tour de France Femmes podium finisher Demi Vollering, announced on social media that a range of Specialized bikes, including the American company’s Tarmac and Roubaix road and Shiv time trial models, were nabbed by the thieves.

All but one of the bikes were later recovered by Romanian police, while two teenagers were sentenced to 18 months in prison for their roles in the £500,000 robbery.