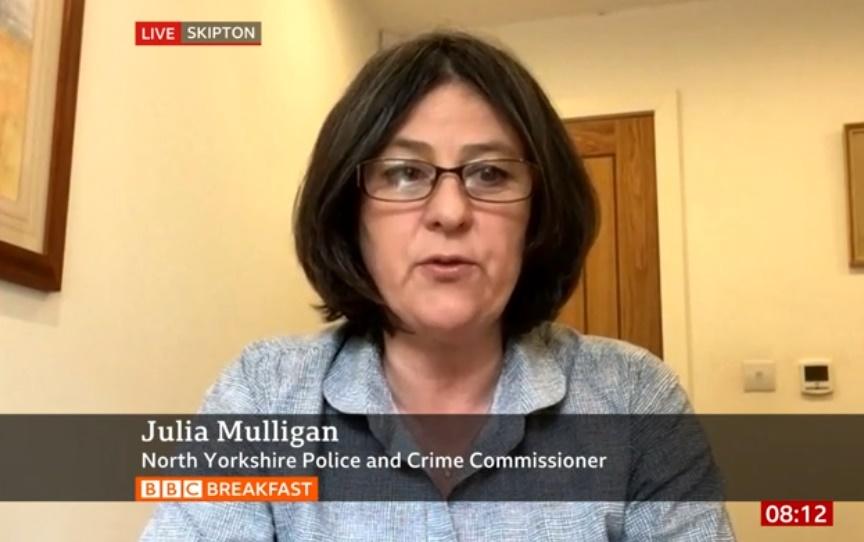 “We haven’t seen any large groups of cyclists. What we have seen is just a lot of cyclists”
by Alex Bowden

Speaking about concerns that people will flout lockdown guidance during the Easter weekend, North Yorkshire’s Police and Crime Commissioner has said that cyclists in particular are ‘a real worry.’ Julia Mulligan went on to clarify that cyclists in the area hadn’t been doing anything wrong and it was just that simply by riding through villages, they had been “causing a bit of tension.”

Speaking on BBC Breakfast, Mulligan said that for the most part people in North Yorkshire had been following the government guidelines.

She then said: “One of the real worries, I think, is cyclists. We’ve seen large numbers of cyclists – some of them travelling long distances; long routes.

“Local communities are getting a bit anxious about that, so I would just ask those cyclists to be mindful that they are going through people’s villages and communities and to think about their behaviour, because that is causing a bit of tension.”

Asked to clarify what exactly cyclists were doing wrong, Mulligan said: “People are not gathering in groups to go cycling, so we haven’t seen any large groups of cyclists. What we have seen is just a lot of cyclists.

“They are allowed to cycle. There isn’t an issue with that. They fall within the guidelines. I’m just asking those cyclists to be mindful that they are going through communities and that is making people a little bit anxious.”

This was deeply disappointing @julia_mulligan @bbcnews ‘cyclists a real concern’ but when pushed to clarify ‘no, they aren’t doing anything wrong & are following guidance but residents are concerned’

Responding to criticism, Mulligan tweeted: “I fully expect a backlash, but the concerns from villages are real, so it’s just to flag that if you are going through a community, please be aware.”

Absolutely works both ways, but we all need to be mindful that we are living in scary times and people are concerned. Similar concerns with some walkers and footpaths too. https://t.co/AM2SU64Z0I