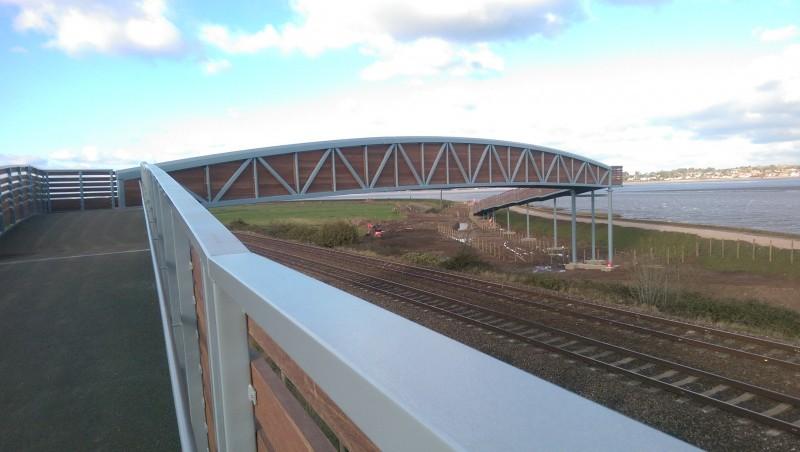 A coroner’s inquest has heard how a cyclist died from injuries he sustained when he crashed into a bollard on a popular cycling trail in Devon.

The bollard, installed at the bottom of a steep slope on a cycling and walking bridge over a railway line on the Exe Estuary trail after an elderly couple drove onto it by mistake in 2014, has since been removed by Devon County Council.

Julian Piper, aged 72 and a father of three, was taken by air ambulance to the Royal Devon and Exeter Hospital after the crash on 13 September last year but died the following day from head and spinal injuries, reports Devon Live.

Mr Piper, a blues musician who had played with Buddy Guy and Robert Cray and regularly gigged in Devon with his band Junkyard Angels, was fit and well when he played in Brixham the night before the crash, his wife Catherine said in a statement.

She said that on the day of the crash it had been a “beautiful, sunny warm afternoon” and her husband decided to ride from Powderham Church to Turf Locks, a route he would often follow.

“He always cycled and in the 36 years I’ve known him I’ve never known him fall off his bike,” she said.

Another cyclist who had stopped to look at the view across the estuary heard Mr Piper’s crash and went to see what had happened.

In a statement, he said: “I did not hear anyone scream or cry out,” adding that Mr Piper “had a gash to his head and was not moving or talking.”

Mr Piper’s daughter Lucy said in a statement that she had visited the location after her father’s death and noticed that the bollards on either side of the railway bridge had been removed.

“I noted the visibility of the bollard he hit, and it was not visible immediately due to the angle and curvature of the path and being only a short distance from where it was visible,” she said.

Devon County Council confirmed to the coroner that the bridge, which is on an extension to the original Exe Estuary trail, had been opened to cyclists and walkers in November 2014.

Bollards were erected after an elderly couple strayed onto the bridge the following month, and a safety audit was carried out.

The audit report said: “The bridge was not designed to carry vehicles and the concern was it could collapse over the railway line and the incident could happen again with much more severe consequences.”

The council also confirmed that in September 2015 another cyclist had hit the same bollard as Mr Piper, but it was decided not to remove it due to the risk of motorists accessing the bridge.

A further report after Mr Piper’s death found evidence of having been struck, and said of the one involved in the fatal crash: “Forward visibility was good, but shadows from the bridge made it difficult to see.”

The report added that because chicane gates had been put in place nearby, the bollards could be removed.

Coroner Philip Spinney recorded a conclusion of accidental death, saying: “Mr Piper fell from his bike. It is not clear from the evidence whether he stuck the metal railings or bollard, or both.”

He added: “Julian suffered unsurvivable injuries after falling from a bike on a railway bridge.”