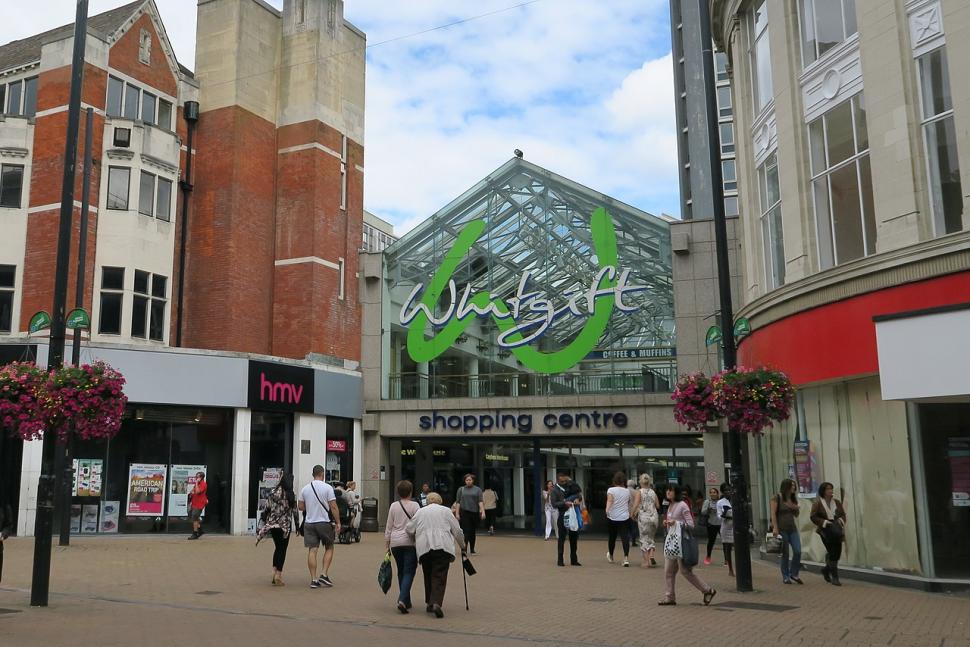 A Croydon shopping centre has rewritten its rules on bikes after a cyclist wrote to complain that he had been stopped by security staff while only pushing his along. Both the Whitgift and adjacent Centrale shopping centres accepted this was unreasonable and will now allow people to bring bikes in as long as they are not ridden or left unattended.

Mitsky from Croydon was walking through the Whitgift Centre with his bike on Saturday January 2 when a security staff member told him: "Next time, don't bring your bike inside."

Writing to Whitgift to question this, Mitsky said: “May I ask why there is a restriction on bicycles? It doesn't take up much space, not more than a baby buggy, and the centre was not particularly busy at the time.”

Rather predictably, a customer service representative responded by quoting the centre’s admissions policy, which at that time stated: “Bikes, roller-blades, micro-scooters, skateboards and Heelys (or similar) are not allowed in our centre”.

They added: “We appreciate that you were not riding your bike and that our shopping centres are currently less busy, however these policies remain in place to ensure the on-going safety of our customers.”

Dissatisfied with this, Mitsky wrote again: “Presumably all shops within the site are banned from selling those items, or any customers who do purchase them are immediately thrown off the site for having them there.

“This is a very unfair policy, as I was not being unsafe by WALKING my bike. It is comparable to holding any of the other items in your hands, or a parent pushing a baby buggy/stroller etc.

“I can appreciate people being asked to not USE these items on safety grounds, but the current policy is overkill.

“I don't expect a reply, I would just request that this policy is reviewed and amended to be more sensible.”

This is the point at which you would ordinarily expect such an exchange to arrive at a dead-end, but yesterday Mitsky received another response from Centrale and Whitgift, the organisation that runs both those shopping centres.

It read: “Upon reviewing your points, which were raised with both Operations Managers from Centrale and Whitgift shopping centres, the decision has been made to amend the bicycle policy so that bikes are permitted in both centres as long as they are not ridden or left unattended on the malls at any stage.

“The policy has now been updated on our website and will be implemented by both centre security teams from today.

“We’d like to thank you for bringing this to our attention and we hope to see you in the Whitgift again once the lockdown has been lifted.”

The website does still outline restrictions on taking bikes on lifts and escalators, but Mitsky plans to query this too, pointing out that Transport for London and rail companies don't bar bikes in these locations.