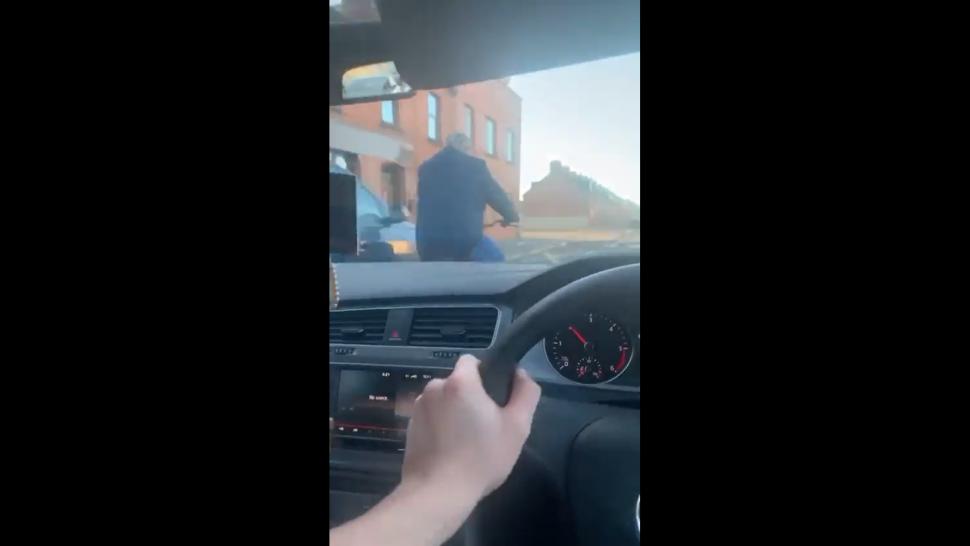 Police in Ireland confirmed the cyclist was treated in hospital for "non-life threatening injuries"...
by Dan Alexander

Shocking footage has emerged on social media of what appears to be a driver deliberately ramming a cyclist off his bike.

The footage was first spotted by the Irish Mirror who shared news of the incident in Dundalk this weekend, with the Irish authorities since confirming that they are investigating and the cyclist was taken to hospital for treatment for "non-life threatening injuries".

In the short clip, which also appears to be recorded by the driver of the vehicle, a voice can be heard saying: "How heartless I am, see him on the bike, look."

The motorist then drives into the back of the cyclist, a loud thud can be heard, before laughing as the voice says: "LOL. LOL"

*Reader discretion is advised, the footage is shocking and distressing*

An Garda Síochána subsequently released a statement confirming that they are investigating a road traffic collision involving the driver of a car and a cyclist that happened on Castletown Road in Dundalk, County Louth, at around 3pm on Sunday 27 November.

"The cyclist was taken to Our Lady of Lourdes Hospital, Drogheda for treatment of non-life threatening injuries," the statement explained. "Enquiries are ongoing."