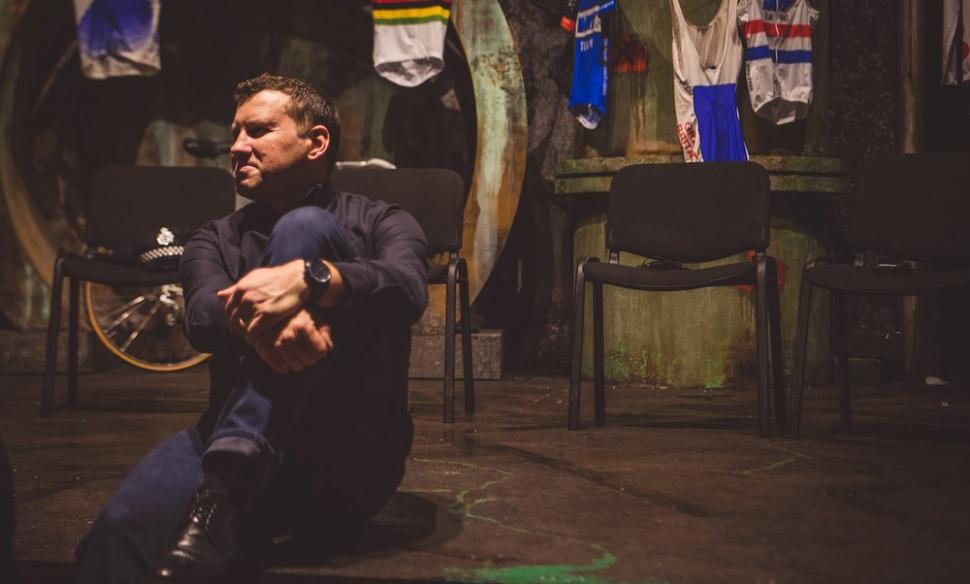 Author ​and journalist Richard Moore, who co-founded The Cycling Podcast, has died at the age of 49.

Moore, who was also a successful racing cyclist when he was younger, competing for Scotland at the 1998 Commonwealth Games, passed away on Monday, with news of his death announced on The Cycling Podcast website.

A contributor to a number of daily and Sunday national newspapers as well as Rouleur, Moore’s debut book, In Search of Robert Millar, won the Best Biography prize at the British Sports Books Awards in 2008, the same year in which he published Heroes, Villains & Velodromes: Chris Hoy and Britain's Track Cycling Revolution.

His other cycling books included Sky's the Limit: British Cycling's Quest to Conquer the Tour de France and Slaying the Badger: LeMond, Hinault and the Greatest Ever Tour de France, both published in 2011.

Away from cycling, he also wrote about athletics, publishing The Dirtiest Race in History: Ben Johnson, Carl Lewis and the Seoul Olympic 100m Final in 2012 and, three years later, The Bolt Supremacy: Inside Jamaica’s Sprint Factory.

As likeable as he was knowledgeable about cycling, Moore’s writing and personality meant he was a popular figure held in great esteem by his fellow journalists and – as I know from my own experience – always happy to help newcomers to the scene find their feet.

In 2013, he found a new audience when he teamed up with Lionel Birnie and Daniel Friebe to launch The Cycling Podcast.

Initially focused on that year’s 100th edition of the Tour de France, the podcast evolved into a weekly show – with even more frequent editions during the peak times of the season, such as the Grand Tours – and won best podcast at the 2016 Cycling Media Awards, plus a bronze medal in the sports podcast category at the 2018 British Podcast Awards, and also became a stage show.

Announcing his death today (you can read their tribute in full here), The Cycling Podcast team said: “Monday was an unfathomably difficult day. In the morning we received the news that our leader, lynchpin, friend and brother Richard Moore had passed away. We are all shattered.

“To us, he was a force of nature, unerring but above all unifying. There can be no consolation today, but the closest thing is knowing that the network of affection and love he knitted will now become an edifice of support for those most deeply affected by this loss.

“The Cycling Podcast would simply never have started without Richard. Our thumbs would still be poised over the record button, frozen in June 2013. He cajoled, drove, supported and indulged us from the first episode to what will not be the last, released a week ago, for we owe him that and so much more,” they added.

“In due course, it will be our imperative to convey more fully how privileged we feel to have known Richard, and to keep his towering legacy alive.”