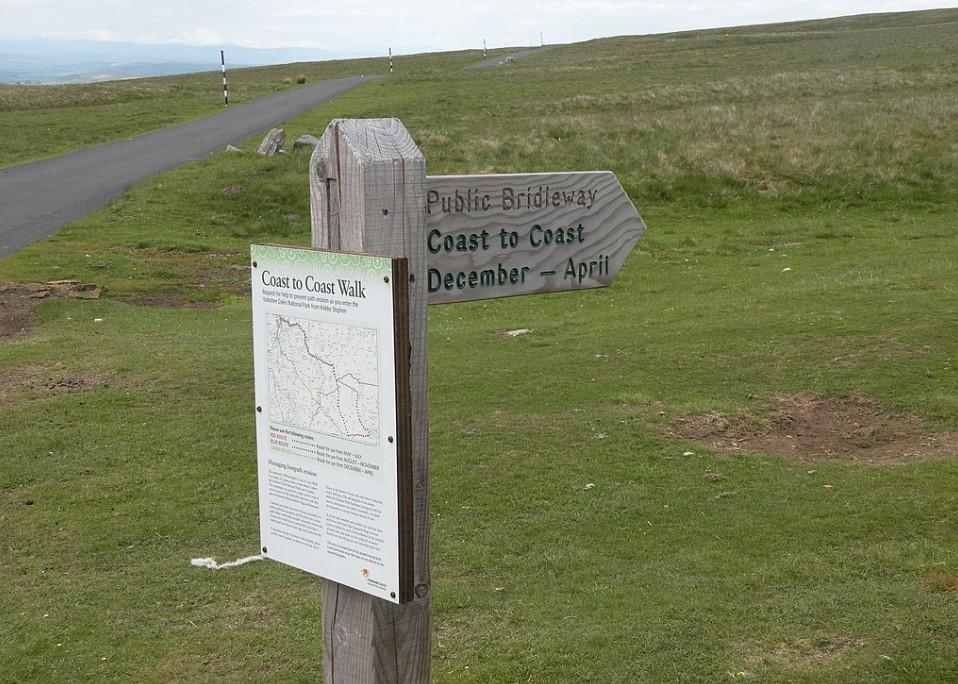 From 2025 the famous Wainwright Coast to Coast route in northern England will become a National Trail, but there are currently no plans to make it fully accessible to cyclists and horse riders
by Jack Sexty

Cycling UK and the British Horse Society have joined forces to denounce the "tunnel vision" of the Department of Environment, Food and Rural Affairs (Defra) for not planning to make England's next National Trail, Alfred Wainwright's famous Coast to Coast, open to cyclists and horse riders along the whole route, and failing to consult either group about it.

The Coast to Coast is probably the most well-known of all England's National Trails, and is approximately 197 miles (316km) long between St Bees, Cumbria and Robin Hoods Bay in the North York Moors National Park. Currently it is made up of a combination of footpaths and bridleways, and the former cannot be used by cyclists or horse riders.

> Look out for horses — here's how to pass horse riders safely

In 2025 the route is set to be awarded National Trail status with £5.6 million allocated to improve it, which is where Cycling UK and the BHS claim Defra and Natural England have fallen short of their legal obligations.

In a statement, Cycling UK's head of campaigns Duncan Dollimore said: "When upgrading rights of way like bridleways, Natural England and Defra are legally obliged to consult with statutory consultees representing their different user groups.

"Cycling UK and The British Horse Society should have been consulted, but were not contacted by Natural England ahead of the launch of their proposals for the Wainwright Coast to Coast path.

"Had the two organisations been consulted, they had plans in place which could have allowed the creation of a multi-user trail. The British Horse Society and Cycling UK are now hoping Defra and Natural England will take the opportunity to consult and work towards the goal of creating a multi-user trail, avoiding further legal action."

Cycling UK also says the proposed upgrade contravenes the Glover Report 2019, which advises on making national landscapes more accessible to everyone, and "effectively excludes those choosing to ride horses or cycles." Of all 16 National Trails in England, currently only two – the Pennine Bridleway and the South Downs Way – can be use by cyclists along the whole of the routes. A modified 137-mile (221km) take on Wainwright's Coast to Coast route, designed by Sustrans and opened in 1994, is widely considered to be the UK's most popular cycling challenge.

Dollimore added: “If you ride a bike or a horse, you can use only 22% of England’s rights of way network or ride two out of 16 of our National Trails. We need to do more to increase access, not limit it.

"The benefits are real for rural hospitality businesses, which will see increased trade from a more diverse group of visitors.”

Mark Weston, Director of Access for the British Horse Society, also commented: “As vulnerable road users, horse riders face considerable dangers on our roads and the need for safer off-road riding opportunities has never been greater.

"For very little extra investment and a small proportion of time spent consulting with us and Cycling UK, we could make a real difference to horse riders and cyclists who want to continue to be safe, as well as enjoy the countryside.

"Supporting this route to be multi-use could also make a valuable contribution to the north’s rural economy, helping to achieve the government’s stated objective of levelling up.

"It’s still not too late and we hope Defra will take the opportunity to discuss the benefits of this approach with us.”

Cycling UK and the BHS say they have sent a letter to Ranil Jawawardena MP, Secretary of State for Environment, Food and Rural Affairs, calling for the proposals to be reconsidered.