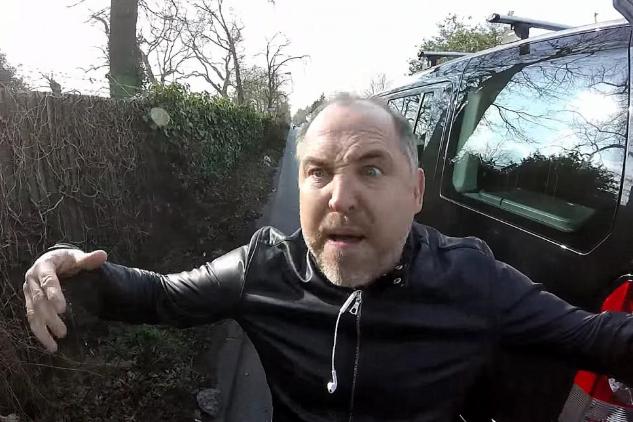 13 October 2020, 15:35
London among the worst UK cities to cycle and has the most aggressive drivers, according to new research

The survey from Wiggle surveyed 6,000 cyclists across Britain, and found that 54% of Londoners didn't feel safe in the capital because of aggressive drivers. Cyclists in Brighton (50%), Glasgow (49%), Leeds (49%) and Liverpool (49%) also cited high levels of concern about aggressive drivers.

Half of London-based respondents also said that there were too many vehicles on the road, and 42% said London had the most dangerous junctions; this is all despite plenty of investment in cycling infrastructure in London in recent years, with 34% praising the city for "well thought out" cycle paths.

Elsewhere potholes and bad road surfaces were a commonly cited issue, with 61% of Edinburgh cyclists criticised the high volume of potholes and uneven surfaces. Wolverhampton came out on top for quality of road surfaces, with just 31% saying they were concerned about the state of the roads.

Wiggle's Commercial Director Huw Crwys-Williams commented: "Despite the recent focus on cycling and improvements in our towns, our research shows that many of our customers still feel that there is a way to go before the UK’s major cities are truly cycle friendly. We are all on a journey to improve Britain’s cycling infrastructure, and we hope our findings support the continuation of this drive both nationally and locally."

13 October 2020, 16:18
Check out the Zwift Power Documentary, featuring our very own Dave Aktinson

From the folks at Avid Photographers, the documentary tells the story of six Bath CC members who are all addicted to Zwifting... and one of those is road.cc Dave of all people! If you have 25 minutes or so, it's well worht a watch.

Granted the Slovakian is running out of riders to race against after this morning's exodus of riders and teams... but nevertheless Sagan has clinched his first stage at the famous old race, apparently becoming the 100th rider to win stages at all three Grand Tours. 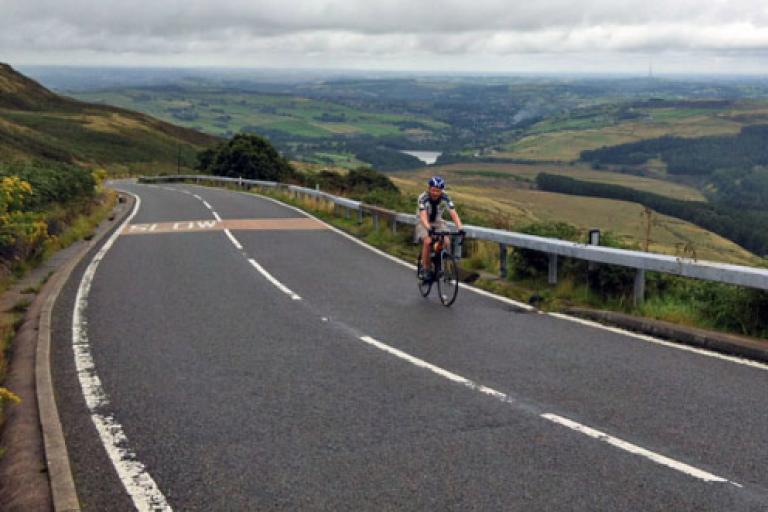 The race organiser was also accused of saying that women don't "make tea at TTs anymore" during a verbal discussion about the event's cash prize allocation, but claims he was misquoted
87
13 October 2020, 12:32
Cav takes 'worst retirement ever' mantle

That was a short retirement Cav? Welcome back Champ, now get angry and smash those pedals with Manx power and bring home a win👍👏🏻👏🏻

Ex-pro and now notable YouTuber Phil Gaimon does have a YouTube vlog series called Worst Retirement Ever'... but after announcing that Gent-Wevelgem could have been his last race and then popping up in the Bahrain-McLaren squad for Scheldeprijs just two days later, perhaps Cav now takes that title...

Last weekend the organiser of Holme Moss Hill Climb replied “because they don’t contribute anything to the sport” when asked why the women’s prizes weren’t equal to the men’s!

If you have second please sign the following petition to stop this happeninghttps://t.co/UrY4H6cXXH

The issue of unequal prize money at Cycling Time Trial events has long been debated, with many organisers now offering equal prize money for men and women when in the past, a number of events offered a much larger sum for the 'overall' winner (more often than not a male) compared to the first female.

Despite pressure from the hill climb and time trialling community, some events are yet to level up - and in the case of the Holme Moss Hill Climb, an organiser has been accused of vehemently defending the prize pot by claiming that women "don’t contribute anything to the sport".

The allegation was first made by Nikola Matthews on Instagram two days ago, and has since been widely shared across social media. She said: "Pye Nest Day Nursery offered to donate the difference in prize money (for the Holme Moss Hill Climb event) to make it equal. I’m really thankful they did this. However the organiser refused to accept it saying that he did not feel it was appropriate and women didn’t deserve equal prize money because they don’t contribute to the sport. He then tried to justify it with some bollox about women not making tea at TTs anymore."

Since the allegation was made, a petition to make equal prize money mandatory at all Cycling Time Trial events has been shared, and signed by none other than Chris Boardman...

After the unequal prize pot at Catford CC's famous hill climb caused an uproar this time last year, the organisers eventually redistributed it. Originally £300 was offered for the overall winner and just £75 for first female, which was then changed to £100 each for the first male and female winners respectively.

A couple of days after tearfully stating that Gent-Wevelgem may have been the last race of his career, Mark Cavendish has been named in Bahrain-McLaren's team for Scheldeprijs tomorrow.

Meet our team for the @Scheldeprijs:

This *could* be his final race. Although contract negotiations are still ongoing, so also maybe not.

Well as things stand, the Giro d'Italia is still going.

This is what's in for the (remaining) riders on Stage 10.

Those closing climbs are mostly 2-3km long at an average gradient of between 7 and 10%. 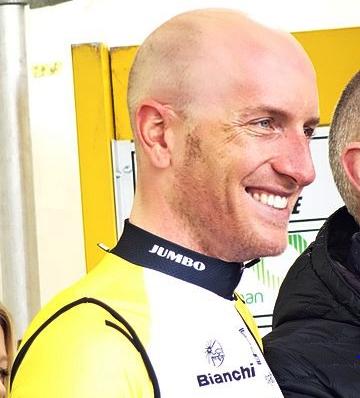 Speaking on The Cycling Podcast yesterday, it seems likely that the 35-year-old won't be at all surprised that his team have now pulled out and one of his teammates returned a positive test.

Asked if he thought the Giro organisers (RCS Sport) had done enough to prevent the spread of the virus, Van Emden said: "No, for sure not.

"It already went wrong in the first hotel we were in. We were there with four, maybe five teams. I don't think that's a problem because they know how the situation is.

"...just normal people were there, They were all eating from the same buffet. I think that's just a real big mistake.

"I heard from someone from Quick-Step they had exactly the same, this guy sent me a little movie of their dining hall. Also Mitchelton-Scott were in that hotel and now Simon Yates is infected.

"For me there's no doubt where he got the virus, it must have been there, That was just wrong. That's already ten teams in two hotels with other guests. That's not good.

He also blamed the UCI for lacking responsibility, adding: "The UCI should regulate this, if they want to be the head of cycling, then they should say: "This is not good.""

"So many teams in one hotel, other guests.

They only take care of themselves. As long as they don't get infected... that's how I see it."

"...We should be protected by the people who run the sport. We need to do all the things for them but they never do anything for us. This is again a missed chance for them to show that they like us, that they don't always want to fight us.

"I like to see going ahead of the situation, if more guys are infected, then the UCI gets the bill.

"They should have said: "No RCS, this is not a good idea. There should be another solution for this."

More information to follow, say the team - but with two whole teams now out, surely the race is in serious jeopardy. That's if the rest of the riders can even get over the Stelvio...

Just got the news that I’ve returned a positive test for COVID-19. Disappointed that this is the way the Giro ends for me after a fantastic first week with the team. For now, I’ll begin my isolation & monitor things closely. Hoping to make a full recovery & get back racing soon. pic.twitter.com/IzLoAcEe9W

The Australian has spoken, and says he hopes to be racing again soon.

13 October 2020, 08:41
Michael Matthews confirmed as the Sunweb rider to have tested positive for COVID-19 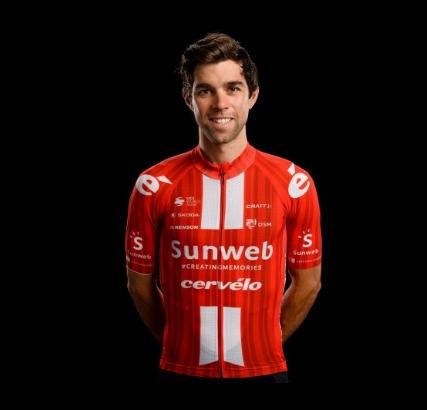 Sunweb's statement is now in, and the Australian has left the race. Here's what the team had to say:

After undergoing a PCR test at yesterday’s Giro d’Italia rest day, Team Sunweb’s Michael Matthews has tested positive for COVID-19. He is currently asymptomatic, feels healthy and after receiving the results early this morning, he is now in quarantine.

All other riders and staff returned a negative test and at this stage, no other team member displays symptoms of COVID-19. The team will continue to closely monitor all within their bubble, operating with as much discipline as possible, doing the maximum it can. 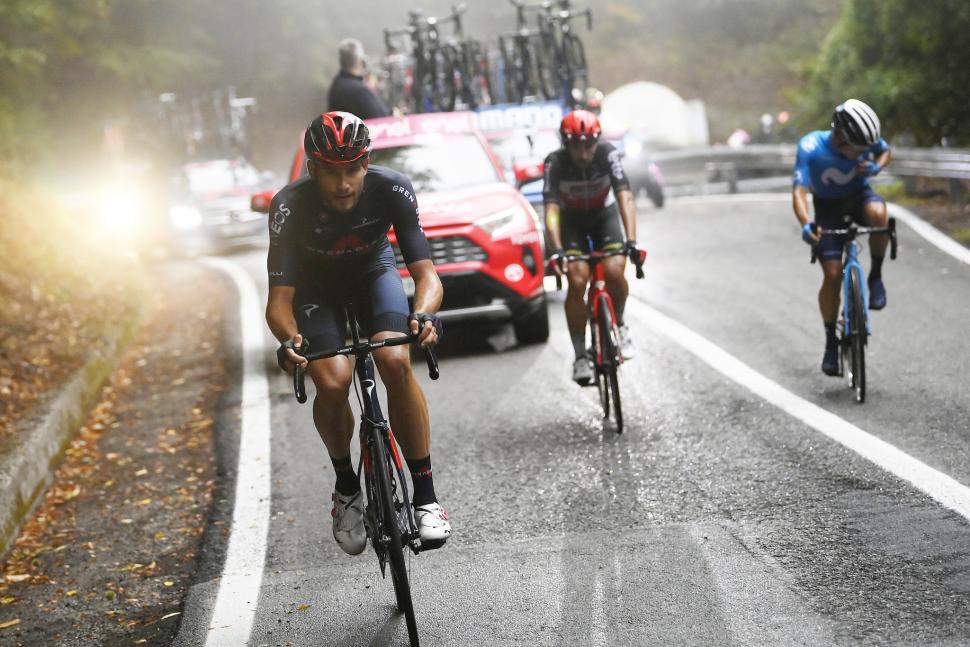 We're still waiting for the Sunweb rider to be officially named, but here is the full statement that has now been published by the UCI:

In accordance with the Giro d’Italia health protocol, developed in the framework of the Union Cycliste Internationale’s (UCI) rules for the return of the road cycling season in the context of the coronavirus pandemic, and compliant with the measures of the Ministry of Health of Italy, all teams (riders and staff) was tested on the 11th and 12th October.

A total of 571 tests were performed:

Two riders, one each from Team Sunweb and Team Jumbo - Visma tested positive for Covid-19 and were entrusted to the respective teams’ doctors who ordered the isolation measures

Six staff members, four from Mitchelton - Scott, one each from Team Ag2r-La Mondiale and Team Ineos Grenadiers tested positive for Covid-19 were entrusted to the respective teams’ doctors who ordered the isolation measures.

How it started - How it’s going !!! #mess pic.twitter.com/1SQMlWIh0C

Huge call by Mitchelton-Scott to remove their entire team after latest raft of Covid tests. A team taking a tough stance like this was probably what the sport - and the Giro - needed. Can’t have been easy, but the right decision.

Back when the global pandemic was hitting Europe, the Mitchelton-Scott team of British GC riders Adam and Simon Yates was one of the first to pull its teams from races like Paris-Nice, citing concerns over public health.

After their leader tested positive for COVID-19 and then subsequently discovered that four staff members were also positive, the team has again made a tough call for the greater good.

Team Jumbo-Visma says that Steven Kruijswijk - third in last year's Tour de France - is one of the riders to have tested positive for Covid-19.

🇮🇹 #Giro @s_kruijswijk will not appear at the start of the tenth stage of the Giro d’Italia. Kruijswijk tested positive on Covid-19 on the rest day. As a result, he has to leave the race.

Team Mitchelton-Scott has withdrawn from the Giro d'Italia following further positive tests for Covid-19 in the wake of Simon Yates' test last week.

It is also being reported that a number of riders and staff have tested positive on other teams.

In a statement, a Mitchelton-Scott spokesperson said: "Following two rounds of negative COVID-19 test results on Friday and Saturday, the team was notified of four positive results for staff members from testing conducted on Sunday evening.

"Upon receiving the results, Mitchelton-SCOTT immediately withdrew its team from the race and will focus on the health of its riders and staff and their safe movement to areas of quarantine."

General manager Brent Copeland commented: "Unfortunately we received the news on Monday evening that we have returned a number of positive COVID-19 results to members of our staff after our third round of tests in three days.

“As a social responsibility to our riders and staff, the peloton and the race organisation we have made the clear decision to withdraw from the Giro d’Italia.

“Thankfully those impacted remain asymptomatic or with mild symptoms, but as an organisation the health of all of our riders and staff is our main priority and we are now focused on safely transporting them to areas where they are most comfortable to conduct a period of quarantine.

“We wish the RCS and the rest of the peloton a successful finish to this year’s edition of the Giro d’Italia and we look forward to returning in 2021.”