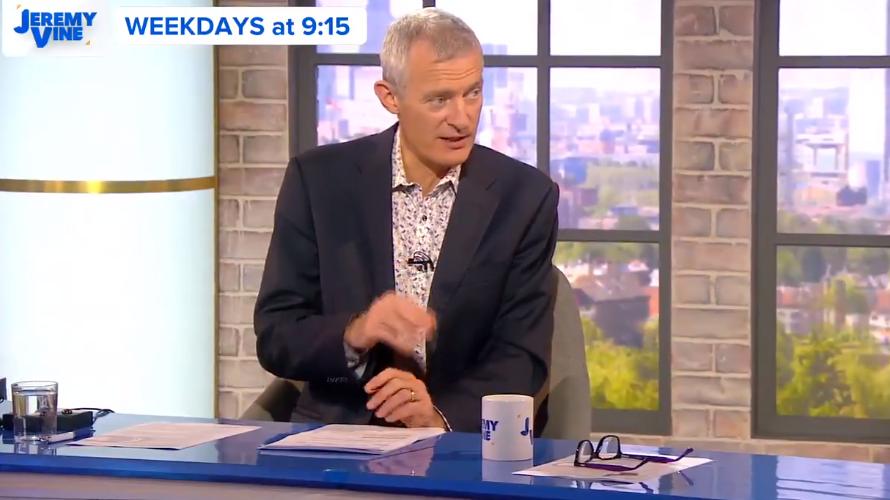 So as may have been mentioned once or twice on the blog in recent days, I am in Paris as I slowly ... well, high-speed train for actual journeys ... head towards Milan-San Remo.

My partner is from Milan, but is back in London, her home city for 25 years, looking after our dog.

I went for a lovely bike ride in Paris this afternoon, and here is a brief summary of part of our phone chat afterwards ... if you are a fellow cyclist whose partner is a non-cyclist, I think you can relate ...

On phone to GF, glance down at leg, notice something.

"Oh BTW I got a tattoo in Paris today."

She isn't a cyclist 🤣 pic.twitter.com/eDHZJIKdWC

Given the fact he hosts shows on TV and and is happy to talk about cycling on them and on his Twitter feed, Jeremy cops a fair bit of flak.

And boy, did he cop some today.

This item was like waking up inside a nightmare. And all the callers too! https://t.co/aAZy5JehWT

Keep going, Jeremy, we get it even if they don't.

We estimate there are over 16.5 million unused bikes in England - most of which have simple fixes. 🔧

From 15 August, across the country, Cycling UK's #BigBikeRevival will be providing free minor repairs to help people get back in the saddle: https://t.co/wmEZIHdXc1 pic.twitter.com/87OdmWZ6Ny

We reported earlier how Deceuninck-QuickStep manager Patrick Lefevere had said that Dylan Groenewegen should be jailed for the manoeuvre that caused Fabio Jakobsen to crash.

I go to court this kind of actions have to be out of cycling. This is an criminel fact mister @GroenewegenD

Lefevere told Belga News Agency: “I am still very angry and stay behind those Twitter messages. It was a very dirty action by Groenewegen. You don't do that. We have already lodged a complaint with the UCI and will also do so to the police in Poland. We will not just let this pass." 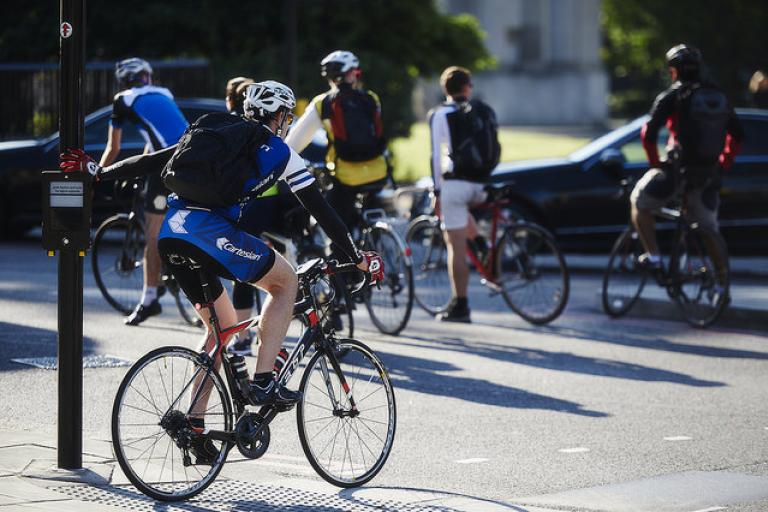 Walking also set to increase – but it’s not all good news, more people plan to drive to work post lockdown
5
06 August 2020, 14:40
Cyclist airlifted to hospital with possible spinal injuries after sheep leaps into his path near Keswick

A 60-year-old cyclist had to be airlifted to hospital on Monday after a sheep leapt into his path near Keswick.

The man was riding down the main track from Force Crag mine towards Braithwaite when the incident took place.

A nearby group of walkers called emergency services. One was a doctor who ensured his spine was protected from movement until Keswick Mountain Rescue Team arrived.

"@ale_vlasov has conquered this spectacular mountain!" ⛰

The @AstanaTeam rider is victorious on Mont Ventoux 💪#MVDC2020 pic.twitter.com/ITliZ2qwNq

The 24-year-old Russian finished second to Nairo Quintana in the Tour of Provence earlier in the year and third behind Egan Bernal and Pavel Sivakov in La Route d'Occitanie earlier this week.

Richie Porte was second today, 18 seconds back. Frenchman Martin Guillaume was the only other rider within a minute. And only just. 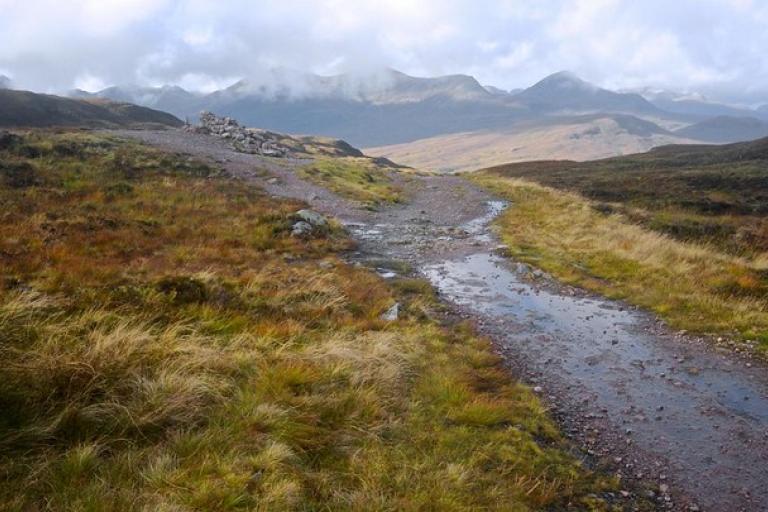 Scottish cyclo-cross champion Gary Macdonald has ridden the 96 miles from Milngavie, near Glasgow, to Fort William in nine hours, 28 minutes and 34 seconds.

Macdonald had never cycled the West Highland Way before.

“By the time I reached Bridge of Orchy, I had hit a brick wall and my legs didn’t feel attached to my body,” he told the Daily Record.

"I had many ups and downs to Fort William, my body shutting down, but thankfully the jelly babies kept me going.”

Macdonald’s time may not immediately strike you as being especially quick, but the West Highland Way was designed as a long distance walking route. Anyone riding it therefore has to tackle challenging terrain as well as gates which were designed for walkers.

We posted a video on this the other day, but the overhead view's worth a look.

The UK's first Dutch-style roundabout which prioritises cyclists and pedestrians over motorists has opened in Fendon Road, Cambridge pic.twitter.com/cYi2Ikz2z5

The UCI has said it “strongly condemns” the “dangerous behaviour” of Dutch sprinter Dylan Groenewegen after he sent Fabio Jakobsen into the barriers at the end of yesterday’s stage of the Tour de Pologne.

Jakobsen is reported to be stable following surgery overnight.

Commenting today, Groenewegen expressed sorrow without apologising for his actions.

Twitter’s in-built translation has his comments down as: “I hate what happened yesterday. I can't find the words to describe how sorry I am for Fabio and others who have been dropped or hit. At the moment, the health of Fabio is the most important thing. I think about him constantly.”

“We have a massive opportunity to support more people from communities all over the UK to get out on their bikes."

At a time that is so important for cycling, we're thrilled to announce that Sarah Mitchell has been appointed as our new Chief Executive: https://t.co/QfQgzoYG5i pic.twitter.com/V77h2a7gNG

Mitchell is standing down as the chief executive at Heart of the City, a social business which advises on responsible business, to become CEO at Cycling UK.

She is a former chief executive of Carers Network and head of housing at Crisis, the national charity for homeless people.

She will take over from interim chief executive, Pete Fitzboydon, in October.

“'I am thrilled to be joining the Cycling UK team at this really important time for cycling,” she said. “We have a massive opportunity to support more people from communities all over the UK to get out on their bikes and I look forward to being part of the movement to make that happen.” 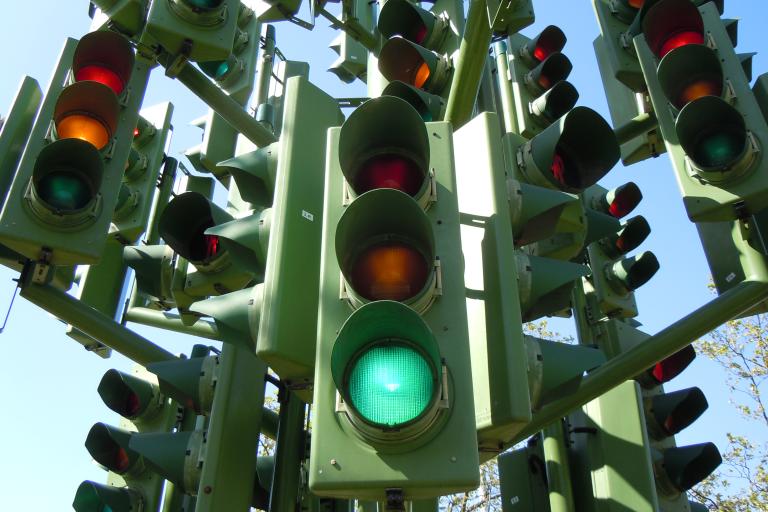 Security researchers in the Netherlands have found that by reverse engineering cycling apps, they can hack into traffic lights and cause delays.

A number of apps share a rider's location with traffic systems and, whenever possible, switch lights to green as they approach a junction.

By spoofing non-existent cyclists, van Duijn and Neelen were able to trick the traffic management system into showing a green light and therefore a red for vehicles travelling in other directions across the same junction.

"We were able to fake a cyclist, so that the system was seeing a cyclist at the intersection, and we could do it from any location," said Neelen. "We could do the same trick at a lot of traffic lights at the same time, from my home, and it would allow you to interrupt the traffic flow across a city."

Neelen and van Duijn say they've warned the makers of the apps in question.

They have however warned of the security risks of ‘smart’ traffic management systems.

"Imagine you could create hundreds of fake trucks across cities. If the wrong traffic lights start turning red, you have an issue, and it would cause huge delays," said van Duijn. "Now that we’re talking about building these intelligent transport systems, we need to be damn sure to think more about security."

As many of us return to the daily commute, this #CycleToWorkDay we're sharing tips to help you make the trip by bike:

🚴 It's #CycleToWorkDay and we’ve teamed with @WeAreCyclingUK to help you find convenient places to park your bike at our stations. 🚉

You can also use a journey planner to help find a cycle-friendly route from each station:

Ride anywhere, for any reason & with anyone.

Not in work today, so I did a ride along the river Trent before breakfast for cycle to work day.👍 #CycleToWorkDay @WeAreCyclingUK @ThatCountsGM @TamesideCouncil pic.twitter.com/lfItME2ryv

Two sobering details, reading about previous Katowice finishes in the Tour of Poland: Pascal Ackermann's reported top speed of 105kph two years ago, and the use of 55-tooth chainrings by some riders.

Here’s footage of that one – which you have to say had its fair share of close shaves.

Update: Apparently it wasn't quite that quick, but still...

Ackermann's data suggests he wasn't quite *that* quick in 2018, but still pretty terrifyingly fast. https://t.co/N0RX392uBh

My colleague Simon MacMichael is out and about on a bike in Paris today.

We should have plenty from him throughout the day.

I didn't think I could love Paris more.

Then the bikes and scooters came. pic.twitter.com/soz3IigWJC

i've never seen this in London.

But today I have seen dozens of couples zooming along together on electric scooters and oh my 🥰 pic.twitter.com/LuMYerJcMI

Seriously unconvinced you can just Park your camper van and go to sleep in the middle of the Rue St Antoine in the 4eme like it's a field in the Auvergne pic.twitter.com/hgiBglSuVx

Italian rider Alessandro De Marchi of Team CCC has called for an evolution in safety measures in light of the “absurd” speed of modern riders.

He went on to call for the CPA, the professional riders’ union, to take ‘concrete action’ on the matter. 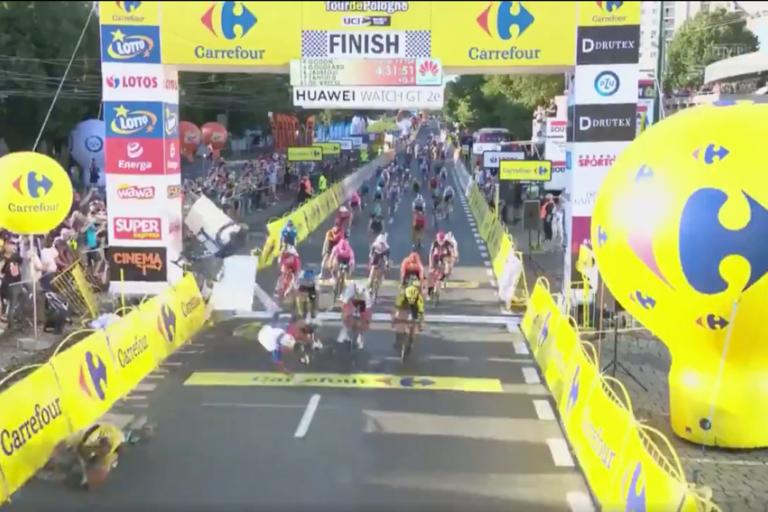 Deceuninck-QuickStep manager Patrick Lefevere says Dylan Groenewegen should be jailed for the manoeuvre that caused Fabio Jakobsen to crash.

They have to put this guy of @TeamJumbo in jail 😡

Groenewegen's team has said that "crashes like these should not happen" and offered "sincere apologies".

Our thoughts go out to Fabio Jakobsen and other people involved in today’s terrible crash in the Tour of Poland. Crashes like these should not happen.

We offer our sincere apologies and we will discuss internally what has happened before we may make any further statement. #TDP20

The condition of Fabio Jakobsen was last night described as serious but stable following his horrific crash during yesterday’s sprint finish at the Tour de Pologne.

The crash happened metres from the line in Katowice in a fast, downhill sprint, with Jumbo-Visma rider Dylan Groenewegen appearing to move across Jakobsen’s line, flicking an elbow at him to send him into the barriers, which immediately broke apart.

The UCI has said it “strongly condemns” the “dangerous behaviour” of the Dutch sprinter.

Jakobsen’s team, Deceuninck-Quick Step, said that diagnostic tests didn’t reveal brain or spinal injury, but because of the severity of his multiple injuries he is being kept in an induced coma.

He has undergone facial surgery and doctors will try to wake him later today.

Fabio Jakobsen had facial surgery during the night. His situation is stable at the moment and later today the doctors will try to wake Fabio up.

More information will be published when available.

Again, we want to thank you all for the huge support!