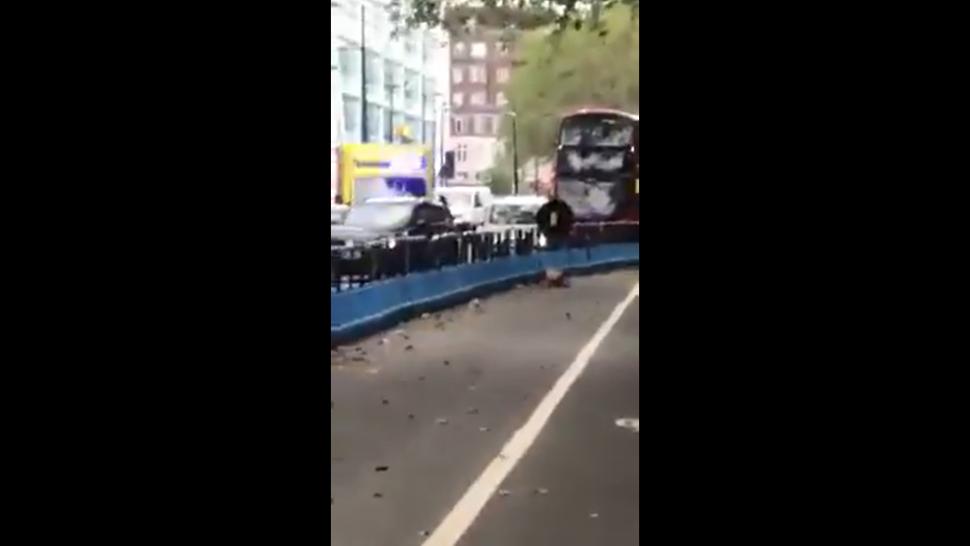 Good morning to everyone except this guy. pic.twitter.com/lEc0SPCcS5

None of Ineos' British riders have been selected for the Giro, including the 2020 champion Tao Geoghegan Hart. Egan Bernal makes his Giro debut, and will be the team's joint leader with Pavel Sivakov. Ineos also says the two individual time-trials will create an opportunity for current world time-trial champion Filippo Ganna "to shine in those rainbow colours." Here's the eight-man team:

This is the front of University College Hospital - there are advertised road closures here owing to roadworks. There was a temporary "popup" cycle lane on the Euston Road following the reduction in traffic last year, but I think that has now gone. This is misleading at best. https://t.co/Z3ZEaJm4L2

Nigel Farage looked at the gridlocked cars in the video above and decided it was right to blame the congestion on cycle lanes. However, as some in the replies and a few comments under this live blog pointed out, it is not clear if the space has been closed off for roadworks.

Global Nomad commented: "Looks like the Euston Road with University College London on the left - Euston station over behind on the right....The Euston Road has a temporary segregated cycle lane which for much of the way takes up the previous bus lane - there is still a bus lane now and the two other lanes have become a single lane in some stretches. In the video clip you can still see the bus lane that the ambulance is trying to get into but the cars have not moved forward enough to allow it..."

Selective camerawork. Why are the barriers across the bike lane ( is it closed) and the duel carriage way inside lane. Are there roadworks behind the cameraman. Why does he not pan around 180 degrees. This is pathetic anti cycling propaganda. Must try harder.

Anyone else got any local knowledge or pictures?

Also worth noting that as recently as last week a cyclist was taken to hospital with injuries after a collision with a van driver on the Euston Road. Camden New Journal reported at the time that the cyclist was seen sat on the floor being treated for a head injury before being taken to hospital by paramedics. 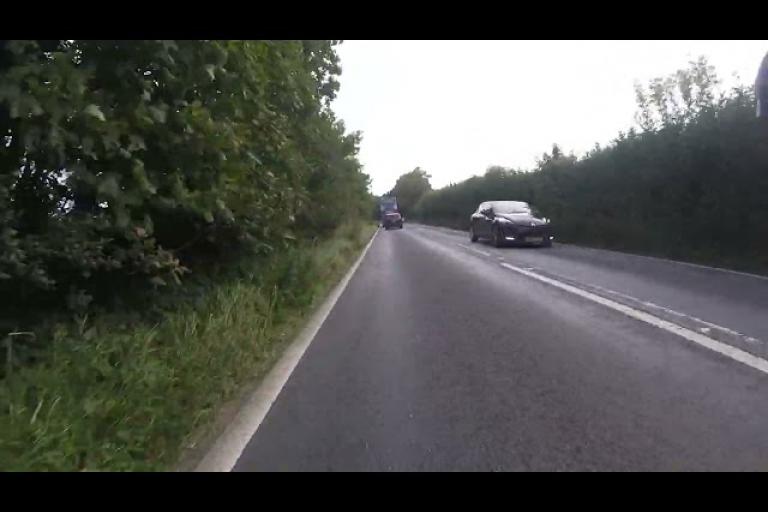 Our regular series featuring close passes from around the country - today it's Devon & Cornwall
22
04 May 2021, 13:54
Cyclist praised for helping elderly man who fell out of mobility scooter

This cyclist was the only person to stop when he spotted an elderly man who'd been thrown from his mobility scooter - we need more people like him 👏❤️ pic.twitter.com/lA8UY6OmMP

This cyclist stopped to help an elderly man who had fallen out of his mobility scooter. The video was originally shared by LADbible and attracted plenty of attention on Twitter where the cyclist has been praised...

Well done to the cyclist 🚴‍♀️,
Hope the gentleman was ok 👍

Well done to him. Less well done to the commenters who suggested the video was clearly a set up as there was someone filming...thankfully a few people have got in early to explain the concept of cameras mounted to handlebars.

Pretty easy to mount a camera on a bike - this one payed off during that time trial, as a driver involved in a hit and run with another competitor passed me, and they were caught up with by the police before the end of the day. pic.twitter.com/RDOAPRnXrW

The video also raised the interesting question of why was the cyclist the only person to stop? We have seen some people saying cyclists are generally more in tune with their surroundings? Thoughts?

Dozens of East Vancouver kids have built a makeshift trail-riding course inside a local park. It started last summer, after city officials gave them the green light. But as @jonnhernandez reports, this year, it looks like the park board has changed its tune. pic.twitter.com/HyouV1r2rA

Pedestrians don't matter, human life doesn't count, they are in the way, he's in a hurry! pic.twitter.com/4vh919CcMI

Here is a quick one for all the Nigel Farage comments accusing cyclists of breaking the rules of the roads.

04 May 2021, 15:16
Simon Yates eyes Giro d'Italia redemption ahead of Grande Partenza in Turin this Saturday

It's so close we can almost taste it!

Simon Yates has unfinished business with the Giro d'Italia. In 2018, he cracked on stage 19 having led the race for 13 days, winning three stages. Last year he tested positive for Covid and was forced to withdraw before the end of the first week. Now, the 28-year-old is back with a full BikeExchange team willing to support his bid for the maglia rosa.

"I hope this year I can have clear run and a good go at fighting for the win and we have a very strong team to try to do that," Yates said. "I like so many things about the Giro; the parcours, the food, the fans. I really enjoy racing in Italy, it is a great place to be a bike racer. This year the route looks very hard, of course there are some differences to the previous years that I have raced at the Giro d’Italia. It is bookended with two time trials and time trials are not my speciality, so we will try to limit the losses there."

The race begins on Saturday with an 8km flat individual time trial in Turin and what looks likely to be a relatively easy sprint stage on Sunday.

04 May 2021, 15:14
Three of the main West Midlands mayoral candidates back active travel pledges The five key asks they agreed to were:

1. Pledge to meet the government’s targets to double levels of cycling by 2025 and for 50% of all journeys in West Midlands towns and cities to be walked or cycled by 2030.

2. Only commit funding to projects that provide high-quality active travel provision in line with LTN1/20 guidance. This provision should be assessed by an independent peer review board.

3. Sign up to the Vision Zero ambition to eliminate all deaths and serious injuries from the streets of the West Midlands.

5. Appoint an Active Travel Commissioner to lead the West Midlands cycling and walking revolution; providing them with the political support and funding to achieve real change.

Green Party candidate Steve Caudwell said he "supported these aims" and already featured many of the pledges in his manifesto but did not want to formally sign up because of his concern "of the growth of pledge politics". Reform UK candidate Pete Durnell said his party supports active travel but he did not want to sign up to pledges as a matter of policy.

Adam Tranter explained the need for active travel being treated as a priority by whoever is elected. "Enabling a shift to walking and cycling for short journeys is no longer a ‘nice to have’," he explained.

"It’s essential to clean up the region’s toxic air, tackle climate change and to build a more equitable and healthy transport system. We need to reduce our car dependency and the time for change is now; the next elected Mayor of the West Midlands needs to not only have a bold vision but a desire to act immediately to realise the region’s active travel potential." 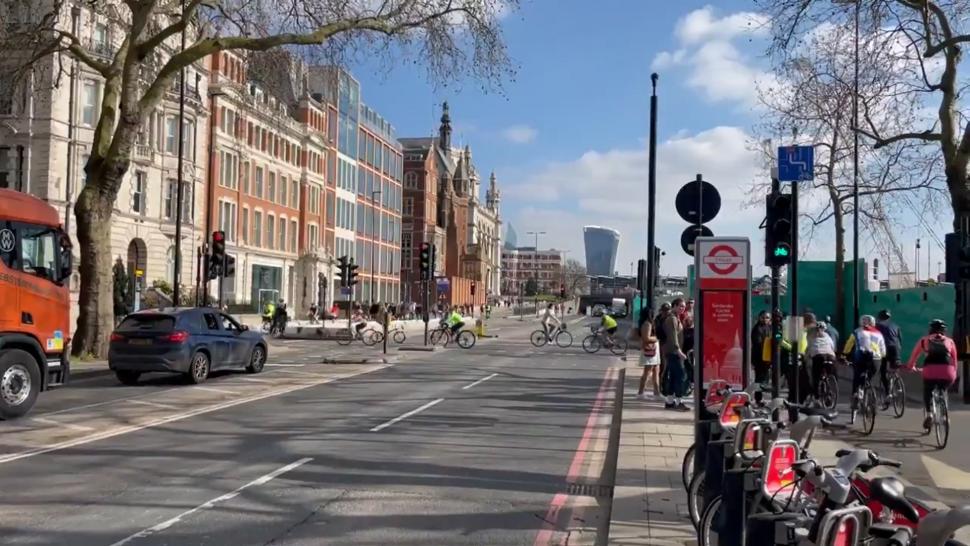 Regular road.cc contributor Laura Laker has penned this useful guide if you need the low-down on what the London mayoral candidates have said about cycling ahead of this week's election. Although, if your name is Shaun Bailey, it might not make comfortable reading...

04 May 2021, 14:22
Mexico City bike path made from plastic waste may offer a solution to the city's flooding problem

Dutch infrastructure company PlasticRoad has created a climate-adaptive bike path made from one tonne of plastic waste. The path in Mexico City is the group's first pilot project for its road system that allows storage of rain and runoff water to help alleviate the risk of flooding. WorldHighways reports the design means the cycle path offers temporary water storage and drainage which is monitored by sensors and gradually releases rainwater back to the ground.

"Our third pilot in Mexico is an opportunity to test our product under a different set of climate conditions, which will provide us with significant data in order to explore international markets outside our country of origin—the Netherlands—in the future," said  Eric Kievit, managing director at PlasticRoad. 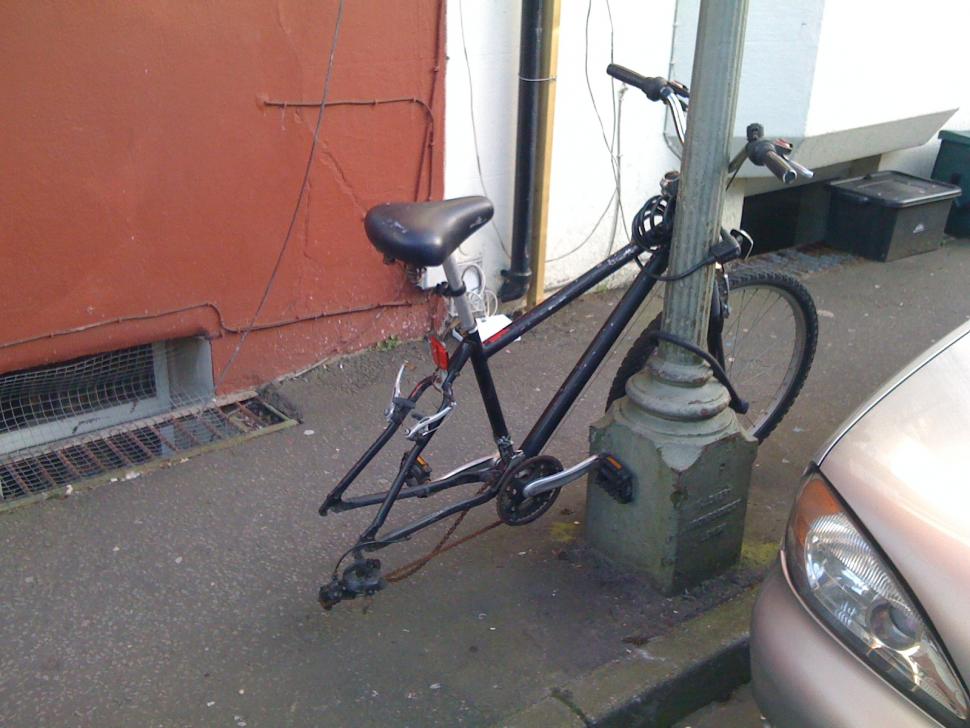 East Renfrewshire Police urged cyclists to make sure their bikes are properly protected from bike thieves. The call comes after two bikes worth thousands of pounds were stolen from a property in Clarkston, with police warning the pandemic bike shortage has pushed up the value of second-hand bikes, making them more attractive for thieves.

The Merida road bike and Giant hybrid had a combined value of around £3,000 and were taken from the property in Stamperland Drive. Barrhead News reports police in the area are now urging cyclists to take extra care. "Since the start of the pandemic, the retail supply of bicycles has been limited and this has driven up the price of second-hand bicycles," Sergeant Michael Morgenthaler of East Renfrewshire's community policing team told the news website.

"This has made them a lucrative commodity for thieves who can sell them. We would urge owners to review their security measures to safeguard their property. Bike marking is a useful deterrent and can help to recover stolen property and detect those involved in these types of crimes."

It is always a good day when Danny MacAskill drops a clip showing off his skills. Best leave this one to the professional, unless you want a face full of dirt. On the plus side, you might get £250 from You've Been Framed...

At the end of January, the Scot released his latest nerve-shredding film, as he took on the Dubh Slabs – a 500m drop down an exposed slab rock face usually only fit for mountaineers and climbers. MacAskill said it was his "wildest" adventure yet, so you know it is going to be epic.

This is totally insane. These cycle lanes are a joke. pic.twitter.com/jlRFXILgJs

"This is totally insane. These cycle lanes are a joke," Nigel Farage wrote, posting this video on Twitter to his 1.6 million followers. Here we have the latest instalment in the former politician's new career as an anti-cycling bingo caller (when he is not selling birthday messages for £75 a pop on Cameo).

The comments to the tweet are, as you might expect, mixed. While there are many replies, often from people with English and British flags in their name, giving it the usual 'road tax', cyclists cannot afford cars etc...There are also plenty of sensible ones...

Well if more people used bikes there wouldn't be all those cars blocking the ambulance would there?

So I'm sure you meant this is totally insane, all these cars are a joke...

The answer is fewer motor vehicles

Lol, imagine seeing that and thinking bicycles are the problem 😂

Of the less sensible comments, most were along the same lines as Farage's November Daily Mail article titled "Cyclists need to stop being so pious, pay road tax - and obey the rules like us motorists".

Take this one for example...