Tuesday's live blog is brought to you courtesy of Jack Sexty, with Simon MacMichael making some contributions later this evening... 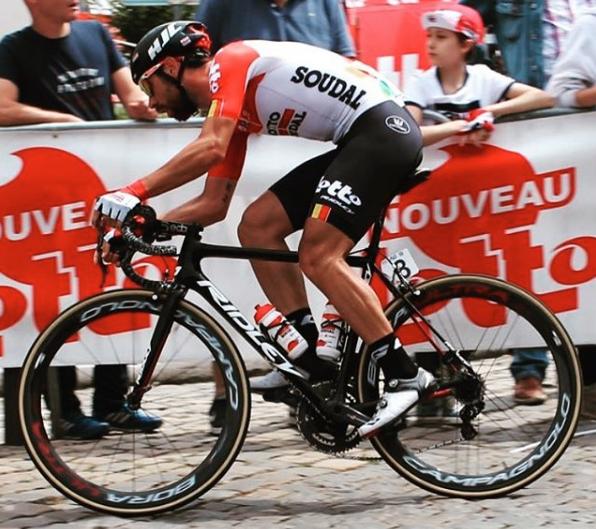 No wonder it was flagged as rather suspicious... ouch.

31 March 2020, 16:33
Video: Halfords on how they're keeping staff and customers safe while continuing to stay open

Halfords have introduced a number of key safety measures, including banning browsing, only offering key maintenance services on bikes, baning cash payments and limiting physical interaction such as the requirement to sign paperwork.

Their CEO Graham Stapleton said: “I am really proud of our colleagues and how they are supporting us in our commitment to playing our part in keeping the UK and Ireland moving.  However, we will only continue to play our role if we can ensure the health and safety of our colleagues and customers, and compliance with government policy.  That’s why we are re-shaping how our stores serve local communities across Britain.” 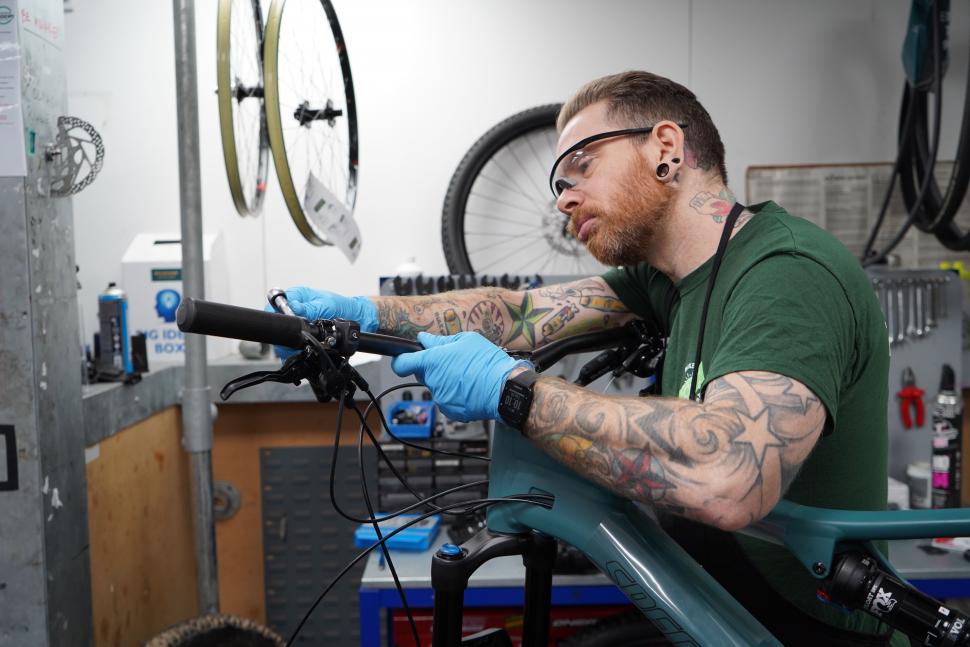 Evans are re-opening 11 stores "to help key workers on the move", with strict safety measures in place including limiting how many customers can enter and marking out two metre zones on the shop floor. Evans say they will continue to offer a free bike MOT to key workers to help those on the front-line travel safely, which includes pumping up tyres, adjusting brakes and offering mechanical advice.

The Sports Direct-owned chain was heavily criticised last week for appearing to sell various smart trainers above their RRP's, allegedly to take advantage of increased demand. A day after our article on the matter was published, the prices returned to normal... @GoZwift i got thrown out of a race because of my superhuman power. Can you fix the stats for me? pic.twitter.com/JqSQFvx6oC

If you're a very very good amateur cyclist and regularly see yourself towards the top of leaderboards, that might have all changed in recent weeks due to a large influx of people who do this thing for a living on the outside world... and it appears Zwift didn't appreciate the "superhuman power" of Thomas De Gendt, or didn't believe he was the real McCoy/De Gendt anyway.

Hi Thomas,
we'll look into this!

Zwift say they are looking into the matter, with their CEO saying De Gendt is "too strong" and that they will find a solution to stop his rides getting flagged. We're told that an error message even pops up for suspiciously good rides that says: "either you have missed your chance as a pro, or something has went wrong" - which doesn't really work in Mr De Gendt's case because he's a pro and all. He's already achieved quite the palmares since his time in isolation...

31 March 2020, 15:51
What's this new-fangled clubs functionality in Zwift then? And when can I have my own club? These and other questions answered here... FAQ: What is Zwift Clubs?

Zwift has announced some new functionality, but it'll be a while before it changes your online riding
1
31 March 2020, 15:24
Breaking: Velo Essex cancelled and partial refund offered

Comments on the Velo Essex Facebook page would suggest that entrants aren't too please with the offer of a 45% refund. In a statement Velo Essex said:

"Our rider Terms & Conditions do not require us to provide a refund under these special circumstances. However, having calculated the significant staffing, planning and marketing costs incurred over the last six months, we are able to refund 45% of your entry fee (merchandise and camping purchases will be refunded in full).  You will receive a refund automatically which will be paid within the next 3-5 working days.

"By making this difficult decision now we are able to offer you a partial refund – something that wouldn’t have been possible if we continued planning and investing into the event over the coming months, only for the event to be cancelled at a later date.  We also didn’t want to roll entries into 2021 as the future of Vélo Essex is currently very uncertain."

31 March 2020, 15:29
Some forces had been accused of adopting heavy-handed stance on restrictions on movement - full story below 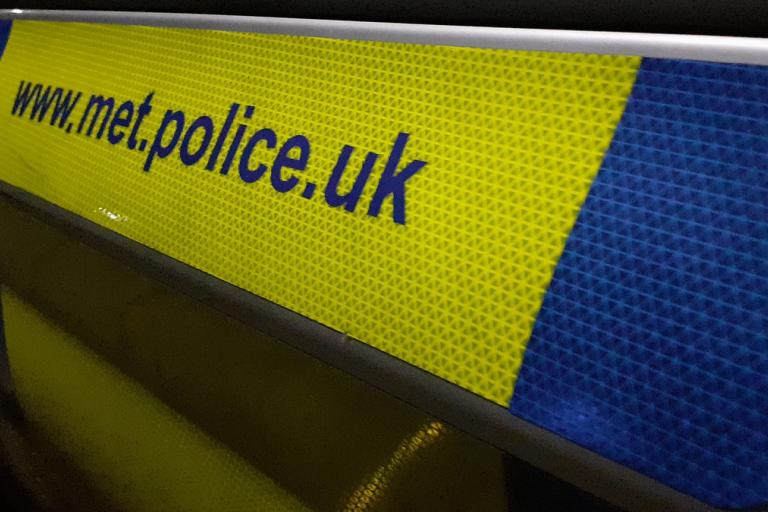 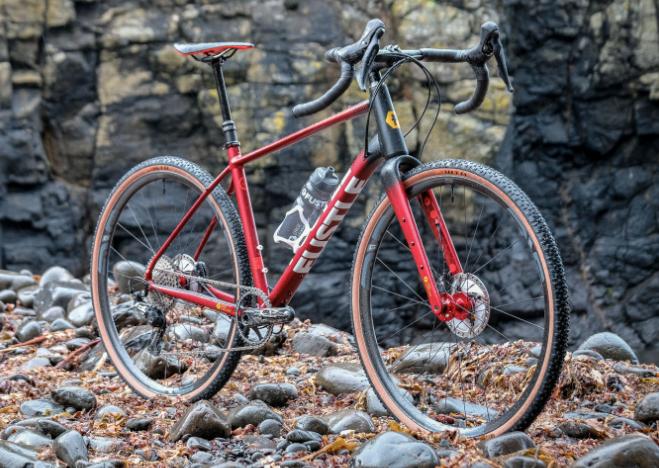 An aluminium-framed gravel bike aimed at riders who are after something with 'MTB pedigree', the FUSTLE GR1 offers a customisable spec to fine tune handlebar width and stem length - off.road.ccc have the full story here.

...which was allowed to stay, so we can assume Thomas De Gendt's banned ride was even more gruesomely powerful. With no bike racing happening right now, how about a repeat of Midsomer Murders in which the race leader gets brutally murdered? Sounds like a Tuesday night treat!

We are closing!
Due to escalation of the COVID-19 lockdown, we will be closed from Saturday. We will honour our bookings this week, but we are fully booked so cannot accept any more work.
We appreciate everyones support during this time, and we will be back bigger and better! pic.twitter.com/ee2VmMlNup

A few hours after telling The Star that they're seeing a record number of customers seeking repairs to get their permitted exercise by bike, Bike Rehab in Sheffield have announced that they are now closed until further notice.

They said in a tweet: "Due to escalation of the COVID-19 lockdown, we will be closed from Saturday. We will honour our bookings this week, but we are fully booked so cannot accept any more work.

"We appreciate everyones support during this time, and we will be back bigger and better!"

There’s no other way to say it: we miss racing and we miss you. That said, we’ve got plenty of chances for us to connect this spring. Here’s to looking ahead. . Swipe ➡️ for our April and May schedule and join us tomorrow for a group @gozwift ride with @lawsoncraddock and @lachlanmorton at 12 PM EST. Head to our bio for more from #EFProCyclingClub.

If you're stuck for something to do this evening, then why not jump onto your #IsolationStation for a group ride with EF Pro Cycling's Lawson Craddock and Lachlan Morton.

The ride is taking place at 5pm UK time and is open to everyone.

31 March 2020, 08:19
"Whether you, I, Dominic Raab or whoever support these actions is utterly irrelevant": Martin Porter QC criticises Derbyshire Police's heavy-handed approach during pandemic

From a lawyer’s perspective I have to tell you Sumption is unquestionably right. https://t.co/9HoFy3I2cM

Derbyshire Police were criticised at the weekend for saying that "lycra-clad" cycling is currently unacceptable, and later clarified that they were making a specific reference to cyclists allegedly caught riding in large groups on the Snake Pass.

Now cycle-friendly lawyer Martin Porter QC has backed yesterday's controversial comments made by Lord Sumption "from a legal perspective", because he claims the force's actions in preventing people from travelling to go for walks in the countryside aren't lawful.

I agree it is entirely rational (at any time) to discourage car use but that has to be done through lawful means.

Same mistake Derbyshire police made. Whether you, I, Dominic Raab or whoever support these actions is utterly irrelevant.

While morally Porter agrees that "discouraging car use" is a good thing he says it has to be done through "lawful means", and the apparent vague stance of the government and the way police have interpreted their advice to restrict public movement is causing problems. Lord Sumption claims this is testament to a 'police state', calling Derbyshire Police's use of drones to film walkers in the Peak District "disgraceful."

Talking to Radio 4's World At One, Lord Sumption said efforts to dissuade people from "travelling to take exercise in the open country" were excessive, and such behaviours "are not contrary to the regulations simply because ministers have said that they would prefer us not to".

He continued: "The tradition of policing in this country is that policemen are citizens in uniform, they are not members of a disciplined hierarchy operating just at the government's command.

"The police have no power to enforce ministers' preferences but only legal regulations which don't go anything like as far as the government's guidance.

"I have to say that the behaviour of Derbyshire Police in trying to shame people into using their undoubted right to travel to take exercise in the country and wrecking beauty spots in the fells so people don't want to go there is frankly disgraceful.

"This is what a police state is like. It's a state in which the government can issue orders or express preferences with no legal authority and the police will enforce ministers' wishes.

"I have to say that most police forces have behaved in a thoroughly sensible and moderate fashion. Derbyshire Police have shamed our policing traditions."

Watch for a surprise https://t.co/a5W2cKrvtX

Who remembers this one then?

Hopefully they've got a pretty decent chamois in their shorts, if this is the damage they're doing.

Some weirdness to start your latest WFH Tuesday.

Look at all these stupids cycling outside pic.twitter.com/6RaGMYDZqt

Click here to read our latest updated guide to cycling responsibly during the pandemic.