The end of the week is just around the corner, Dan Alexander's doing his final live blog week before Ryan's back tomorrow... 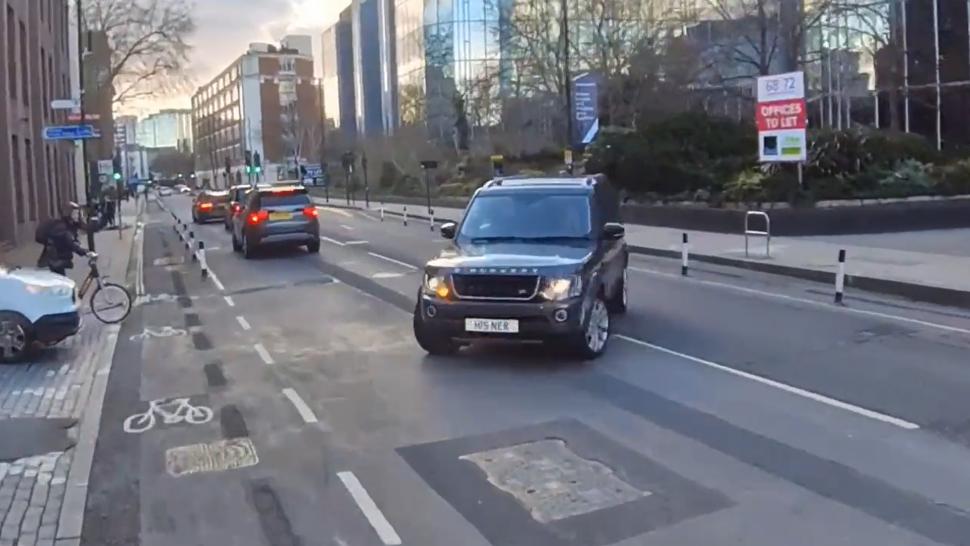 Need a Bière des Amis after a long ride? 🍻 @LoicVliegen shows how to open it like a pro 😎 pic.twitter.com/iQYa0WS7K6

Ah go on then, if you insist...guess we should all have a beer then... 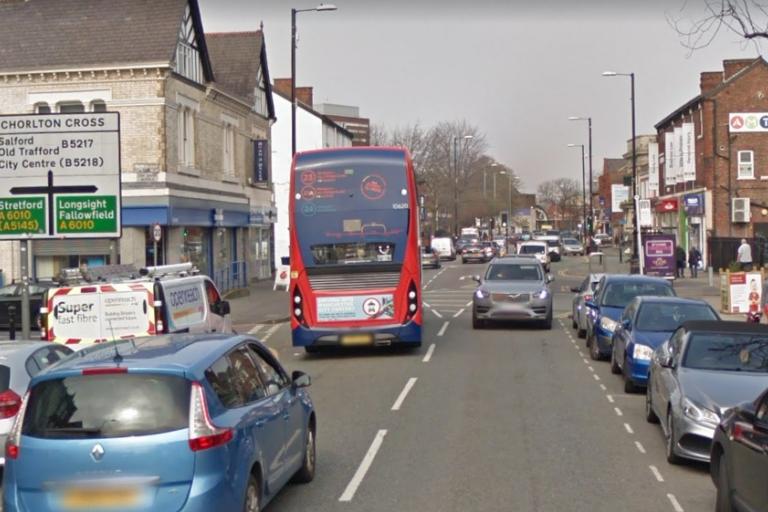 Burnham also called for clarity regarding the government’s plans for low emissions zones, after the Prime Minister said “it is totally wrong to impose measures thoughtlessly”
10
03 March 2022, 16:17
Trek-Segafredo's Tuscan Holiday 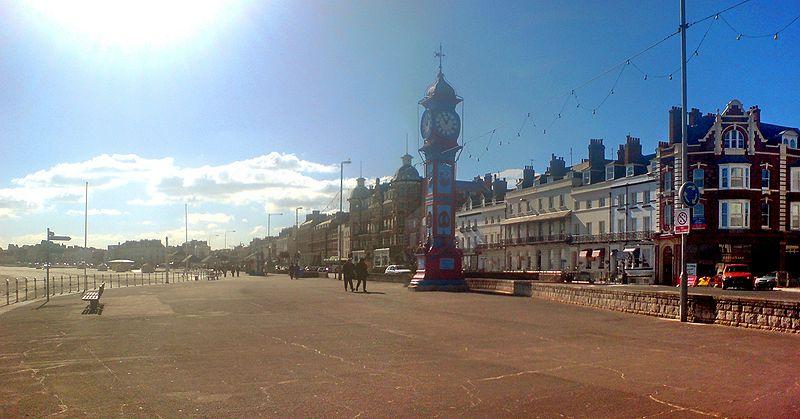 The Dorset Echo is reporting a host of local public spaces protection orders, including a cycling ban on the promenade between May and September from 10am to 5.30pm. It is a continuation of a current order, however, it will not apply to children under the age of 12.

The local paper reports concerns about a lack of enforcement, dates and timings of restrictions and the areas covered. Others opposed the ban and asked for cycle access all year round, or in a defined area.

Bora-hansgrohe's new GC leader and recent winner of Volta a la Comunitat Valenciana, Aleksandr Vlasov, has spoken out about the Russian invasion of Ukraine. In a statement posted on his Instagram, the Russian athlete agreed with compatriot and fellow WorldTour pro Pavel Sivakov, saying: "I, like a lot of Russians, just want peace. I’m not a political person, and normal people like me weren’t asked if we want a war.

"It has been a shock for everyone and I hope that it will stop as soon as possible. It’s a difficult situation for everybody. I feel sorry for all the people who are suffering, and I hope that there will soon be peace. I am an athlete and my goal should be to unite people across political borders, rather than divide them. I think that should be the role of sports.

The opening time trial of the EasyToys Bloeizone Fryslân Tour (catchy name) was overshadowed by some...let's say less than ideal marshalling and event management. Exhibit A:

And again- @UCI_cycling racing at pro level on open roads should not be happening like this pic.twitter.com/IEiKqDuxNB

Looking less like a professional bike race but more like when you're late for work on the local bike path...(just kidding, the UK doesn't have bike paths like that)...

Just when you though it couldn't get any worse...

After all the ridiculousness, Ellen van Dijk won the stage from compatriot Riejanne Markus. A certain Katie Archibald was fourth, that return to road racing seems to be going alright for the three-time Olympic medallist on the track...

Oleksandrw Kulik, Honored Coach of Ukraine, has tragically passed away yesterday in the context of the Ukrainian situation.
The Cycling community is standing with his family, friends and former colleagues of the Ukrainian Cycling Federation. pic.twitter.com/Oluns0BPOW

Anyone heard about what's happening over in Ukraine? Apparently it's not a war or invasion, just a "situation"...

I'll shut up and let the reaction speak for itself...

UCI still too afraid and too big a coward to use the phrase ‘the Russian invasion’. And Gazprom & RusVelo still riding in (WorldTour) races. Pathetic... 💪🇺🇦 Тримайся, Україно!🇺🇦💪

It's called a war David

The "context" aka war 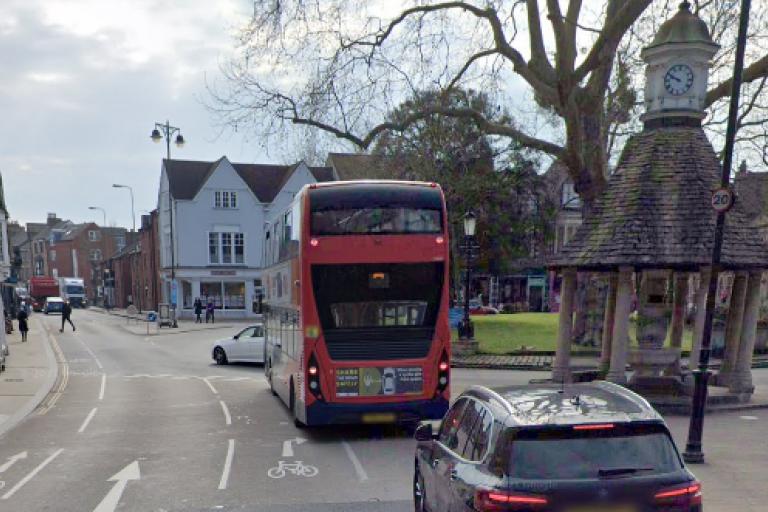 “White lines do not work”: Oxford campaigners call for urgent action after cyclist is killed at notorious junction

A man has been charged with causing death by careless driving after a woman in her 30s died following a collision involving a lorry at The Plain roundabout
0
03 March 2022, 12:02
Is this the end of the Snake Pass fun?

Looks like the party might be over people 😢😢 They appear to be starting work on the Snake Pass and are now stopping cyclists. Boo!!!! https://t.co/7jDFKAjqTZ

That's a lot of weekend rides which will need changing... 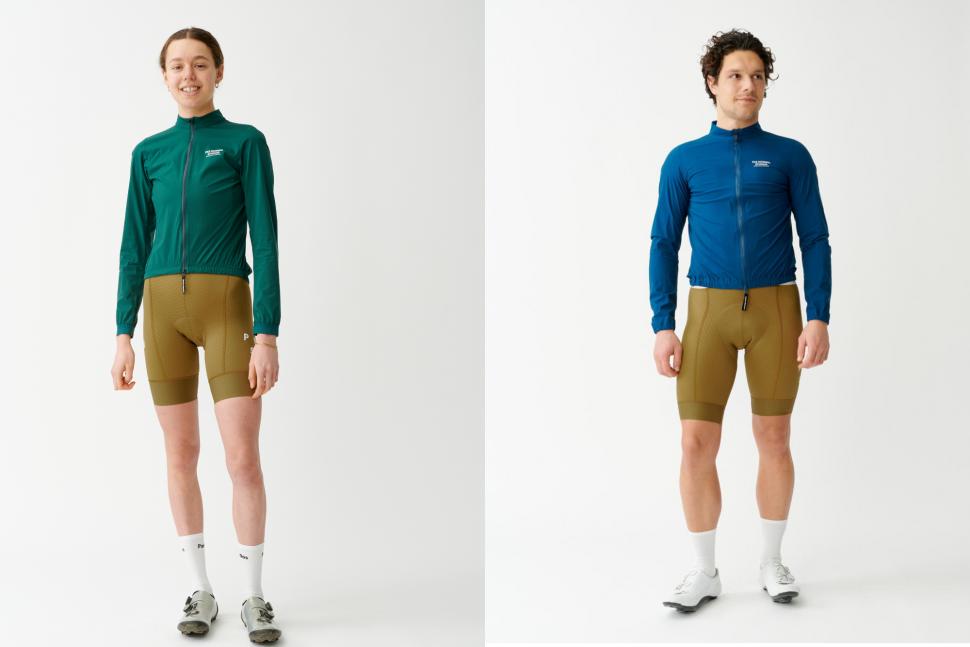 The Mechanism Jersey (£155) comes in an aerodynamic race fit and uses a lightweight fabric, but also includes practical features including a zippered side pocket with a protected insert. Available in 13 men’s and 12 women’s colour options, it’ll be hard not to find one that’ll match your style.

This is paired with the Mechanism Bibs (£220) which feature a four-layer foam chamois and low-profile shoulder straps along with a second-skin fit. Designed for the most unpredictable weather, the Mechanism Long Sleeve Jersey (£170) has a soft fleece lining and an additional lightweight mesh panel is fitted to the lower back panel of the jersey to prevent the build-up of moisture in your back pockets.

The Stow Away Gilet (£120) is a lightweight option made from a DWR- treated Japanese fabric technology, and is said to easily pack away in a back pocket so you’re well equipped and prepared for a sudden shower.

The A77 is a popular & key cycle route out of south Glasgow for leisure and short local journeys. Use this survey to tell @EastRenCouncil NOT to remove the vital cycle lane segregation - it will make #cycling less safe. #roadsafety #PaintIsNotProtection
👇https://t.co/WQedR4xBlz https://t.co/eqj8yDgxa9 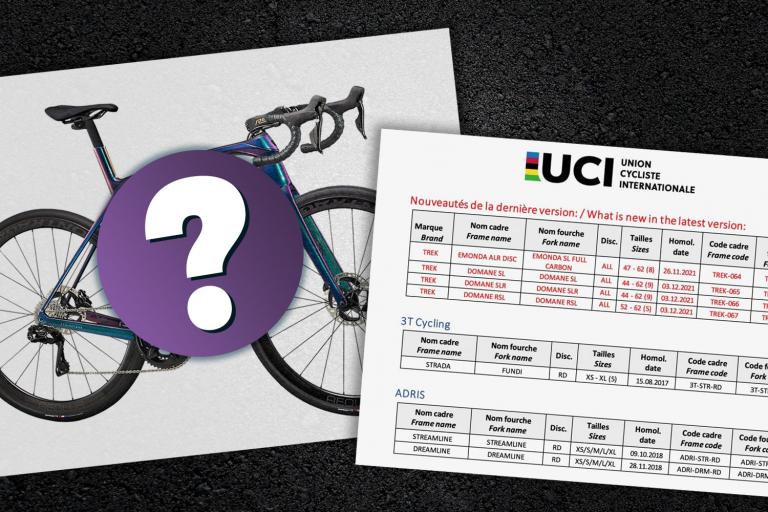 Domane SL, Domane SLR, and Domane RSL endurance road bikes are about to get a revamp but what can we expect to see?
6
03 March 2022, 11:31
The REAL most wonderful time of the year

What a great news to start the day! 😍 #RVV22 pic.twitter.com/AkY3J8sbC7

Fun fact: Andy Williams' hit 'It's The Most Wonderful Time Of The Year' is actually about the seven-week Classics run from Omloop to Roubaix...(or it should be)...

Strade Bianche men's and women's races this Saturday, as if you needed any reason to sit in front of the telly watching bike racing all day...also Wout's giving it a miss to give everyone else a chance. How kind of him...

Want some gravel inspiration for a Saturday morning ride to get you in the mood for some white road action?

> Want to ride some US-style gravel in the UK? Check out this guide with some epic UK gravel routes

Could I not have ONE journey home where I don’t have to shout at the top of my voice? pic.twitter.com/s68Nt0zvY9

Jeremy Vine was back sharing footage of a near miss in London yesterday...this time a Land Rover driver not seeing the presenter in the bike lane until he shouted 'No!' at the top of his lungs.

Vine shared the video, asking: "Could I not have ONE journey home where I don’t have to shout at the top of my voice?"

Maybe there's a business idea in the Jeremy Vine shouts 'no' alarm clock? Good luck snoozing through that...

In a way that only Twitter can, when faced with the clip, one reply was more concerned with the cyclist's cry than the driver almost knocking him off his bike...

People make mistakes, there are blind spots in cars. As a cyclist you need to be super aware that someone may not have seen you, and you need to stop shouting, particularly at people that have made a genuine error. I am both a cyclist and motorist.

There isn’t a blind spot out the windscreen!!!
The driver just didn’t look.#Fatal5 - Careless Driving.

Drivers need to be super aware that they’re driving over a tonne of metal at speeds the human body hasn’t evolved to cope with.

However, that wasn't the only one...

Do you understand what registration numbers are for? Using the roads in a two-ton lump of metal is a public act.

That's what annoyed me. I said “can't you apologise?” and he replied “I already have,” and started waving me on. Driving a massive tank! Yep, that's a rider taking a KOM as Russian forces up their attack on the Ukrainian capital...full activity here...

The Strava traffic on popular segments is right down, but there are still a few brave souls getting out on the roads... Link to this activity here... 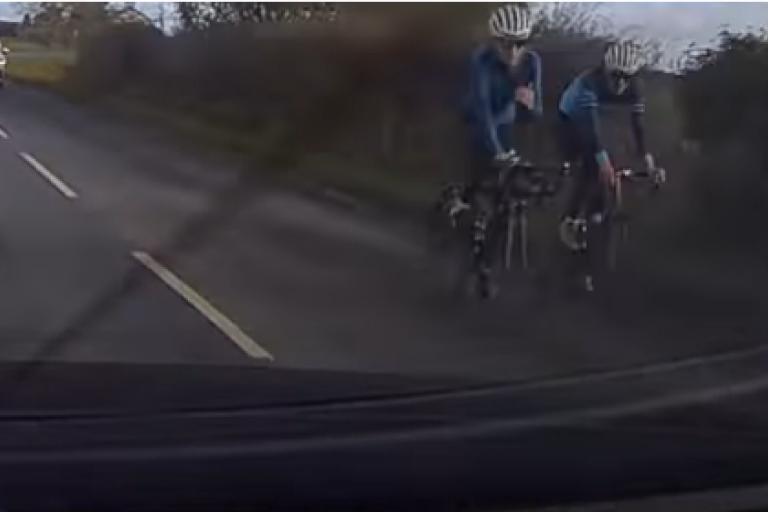 Some viewers criticised Neal’s “unnecessary” horn use as he passed two cyclists, but the instructor said that “the horn in this situation is a simple ‘excuse me’… no different than a signal with an indicator if I was passing a car”
170
03 March 2022, 08:59
Kyiv cyclists continue riding — viral photo reportedly of Ukranian cycling team manager

Amazingly, some cyclists are taking advantage of empty streets in the zombie apocalypse. #kyiv pic.twitter.com/pAmnwdNzYR

We're still not over the spirit of the Ukranian cyclists still getting out for their two-wheeled dose of exercise even with the terror of a Russian invasion just metres away. This first photo, snapped by Economist correspondent, Oliver Carroll shows the emptiness of the city's capital just a few days ago, sadly the situation has worsened since then.

Amazing determination ❤️👏. If I knew the name of this Ukrainian cyclist and he doesn’t have a coach, I would love to coach him for free. My highest admiration. (credits CNN Portugal) pic.twitter.com/8B4GxKGl5l

Then there's this clip of the rider who went viral on Monday after being spotted training riding towards military vehicles. The video shows the cyclist, probably very wisely, turning back.

Only 3 month the life of Roman was this https://t.co/Nmv5jx10ba pic.twitter.com/AoVsQ7qk77

As per the translation below: "Hi, everything is ok, I’ve enlisted in the Territorial Defence Forces in Kyiv. We are on it! Thank you for your help and concerns. We will win!"