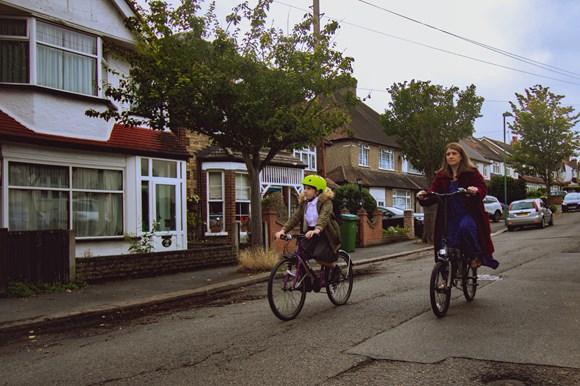 tfl child and parent cycling to school - via tfl

Council blasted for cycle to school ‘contract’ for children

Cheshire East Council has come in for criticism after a local cyclist posted online a portion of the authority’s School Travel Plan, encouraging schoolchildren to sign a contract “indicating that they will follow certain rules when they cycle”.

The council’s School Travel Plan, which appears to have been updated in 2021, sets out the measures and initiatives to be undertaken by schools in the area to reduce car journeys and promote other more sustainable ways for children to travel to school safely.

The plan includes a commitment from the council to introduce safer routes to school, through footpath and cycleway improvements, a sustainable travel award scheme for schools, and a range of initiatives designed to promote active travel.

However, one of these measures – the ‘cycle permit scheme’ – has been criticised online for appearing to shift the responsibility for safety on the commute to school onto children riding their bikes.

“Schools may print copies of the cycle permit and accompanying documents (teachers’ notes and letters to parents), or they can design their own.”

One Twitter user has claimed that the council’s cycle permit had been recently introduced by a local school, and required children who signed it to wear helmets and ride single file.

The ‘contract’ has been ridiculed by other active travel advocates who denounced it as a “terrible idea” and instead argued that children “deserve our support and encouragement to travel independently to school”.

One user wrote that the council was “’encouraging pupils to cycle’ by transferring responsibility for the consequences of poor provision; meanwhile car drivers ‘carry on as usual’.”

Another asked whether Cheshire East Council would be “getting all the parents who drive their kids to school to sign contracts too?”

Big bag of nope @CheshireEast. This is creating barriers, not enabling active travel, not actually helping with safety, not sending the right message to parents. 🤦‍♂️ https://t.co/MyRi0FUWzZ

The council’s Cycling and Walking champion Suzie Akers Smith replied to the initial post, saying that she “wasn’t aware such a thing existed” and that she will “look into it”.

“There should be similar options for cycling to school as there are for walking to school,” she said.

Speaking to road.cc, Akers Smith said: “I was pretty shocked at the wording of the cycle permit scheme and surprised there was such a scheme.

“I believe the statement about cycling should include similar options to walking and what is written is historic content, possibly years ago before the introduction of the cycling and walking champion. I would be very surprised if Cheshire East Council would create such a statement with the political will we presently have with the Labour/Independent administration.”

She continued: “I have asked for clarification and will be looking for what is currently written to be amended and the content to reflect the present values of what CEC are trying to achieve to support people walking and cycling.

“What is written will do nothing to support children trying to be more active and will not increase the uptake of cycling to school. In one Congleton secondary academy they have space for 240 bikes but only 12 children cycle each day. We are trying to increase this to 50 at least.

“[The council’s] leadership support everything I am trying to do to improve the uptake of walking and cycling and would be equally as surprised as I was to read these cycle permit rules.

“I will be recommending changes that reflect of the Council and to bring this content up to date.”

Earlier this week, Cycling UK’s campaigns and policy manager Jim Densham published an article on the charity’s website highlighting the different ways, such as bike buses and political pressure, in which we can ensure our children can travel to school safely by bike.

“All children should be able to ride a bike to school and be safe – no question – and people are starting to show this is what they want for children in their community,” Densham wrote.

“Your local councillors are the ones who have the power to make streets around schools and along routes to school safe for children to walk and cycle. They’re the ones who spend the money and make the decisions about which projects go ahead.

“It’s time to speak up for the next generation. It’s time to tell decision-makers that our children need safe space on the roads so they can have the freedom to cycle to school.”

In 2019, Cycling UK responded to a similar bid to place the onus for road safety on children cycling to school – on that occasion, a personal injury lawyer argued that Bikeability safety training should be mandatory (a stance shared by cycling advocates, but for strikingly different reasons) – by claiming that it was looking at the issue “through the wrong end of the telescope”.

“But despite their best intentions, we’d take issue with the suggestion that it’s needed because it’s their responsibility to ensure they’ve taken sufficient steps to protect themselves from accidents and injuries.

“Vulnerable road users aren’t vulnerable because they decide to walk or cycle, they’re vulnerable due to the risks presented by the drivers of larger vehicles,” he continued.

"The road safety conversation should therefore start with the question of how that risk is reduced, not what the vulnerable road user should do to protect themselves, which is just looking through the wrong end of the telescope.”

In 2018, a school in Nottingham banned pupils from cycling until they had successfully completed Bikeability training, due to what the head teacher in question described as “a growing number of students cycling to and from school in an extremely dangerous way”.

The move, which was publicly criticised by Chris Boardman (who also questioned whether the school had applied the same restrictions to driving), came after after a Surrey school told its students they could only cycle to school if they fitted a number plate to their bikes in November 2017.

In the same month, a school in St Albans also said it would suspend children caught riding to school on the pavement or without a helmet.