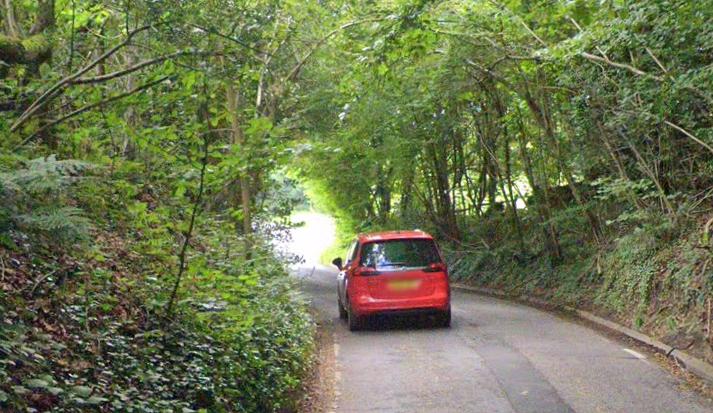 The pothole was reported to Surrey County Council four times in the month before Charles Stringer was thrown from his bike, suffering a catastrophic chest injury
by Dan Alexander

A coroner will submit a report raising concerns about Surrey County Council's lack of action in repairing dangerous potholes, one of which caused a fatal cycling crash in June 2020.

Dr Karen Henderson will issue a Prevention of Future Deaths (PFD) report over ongoing concerns first raised at the inquest into Charles Stringer's death. Get Surrey reports the cyclist was killed on Church Lane, in Headley, in June 2020 after the pothole punctured his front tyre and he was thrown against an iron railing, suffering a catastrophic chest injury.

The report will be sent to the chief executive of the council and the authority's lead member for highways, as well as to Kier Integrated Services Limited, the construction firm contracted to carry out inspections and repairs prior to a new contact going to Ringway earlier this year.

It was found that the pothole was reported four times by members of the public in the month leading up to Mr Stringer's death. It was first inspected on May 26 when no defects were recorded, but was reported by a member of the public a week later on June 3.

When an investigator visited the site the following day they inspected the wrong hole, thinking it was another 100m away that had already been repaired. Days later, on June 6, a different member of the public reported the pothole and a maximum 20-day deadline was set for it to be repaired.

On June 11 a third report was made, but the person was told it had been repaired before finally on June 17 the same member of the public reported it again, saying it had not been repaired.

At this point a five-day deadline was set, ending on June 23 — the day after Mr Stringer's fatal crash.

> "I've never seen anything like it": Cyclists hospitalised by loose gravel crash seek compensation from council

Dr Henderson has asked the parties involved: "What steps have been taken to ensure repairs are completed in a timely fashion after serious injuries and deaths have occurred as a result of a road accident?"

She said there had been a "lack of reflection by Surrey County Council", management of potholes had not improved and asked for better steps to make inspectors aware of complaints, risk assessments and better communication between the contact centre and highways department.

A spokesperson for the council told SurreyLive: "We are reviewing the report and will respond to the coroner in due course."

Council officials and contractors now have 56 days to respond, explaining what changes have been made or arguing why they are not necessary.