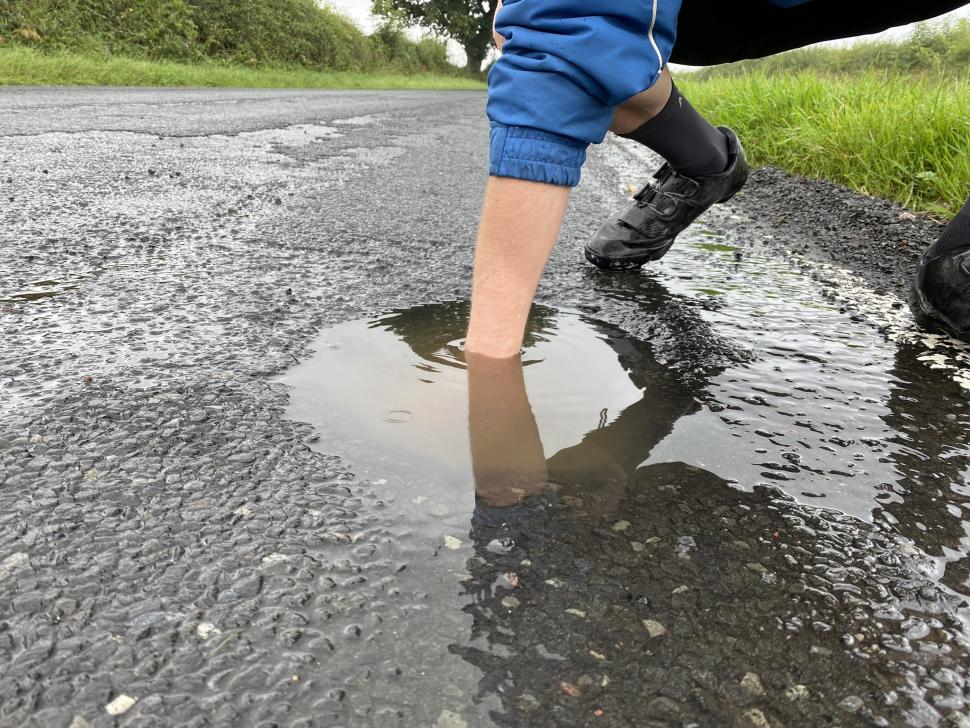 A father is demanding action after his son’s partner was injured and taken to hospital after a pothole 'somersaulted' her off her bike.

Carlton Reid, an experienced transport journalist, rushed to help following the crash after his son's girlfriend Emma hit a pothole estimated to be five or six inches deep.

While Emma escaped with just cuts and bruises, her bike was 'a write-off', The Chronicle reports.

Speaking to the Newcastle based paper, Carlton said: “I’d like the council to fix the roads, but I recognise it is starved of funds by the Government, so this is tough.

“The Government should be spending the road-building money on fixing what we’ve got, rather than, in the words of the PM, spaffing it up the wall.”

Instead of spending £27 billion on new roads how about we spend it on fixing the roads we’ve already got? Josh’s girlfriend crashed her bike after riding through puddles, hitting this deep @N_landCouncil pothole today. Needed ambulance call-out. (She’s cut and bruised but OK.) pic.twitter.com/TFFhXRHGdD

The group of four 'experienced riders' were on Villa Lane, near Longframlington, when Emma, the partner of his son, Josh, was 'somersaulted from her bike' when she hit a pothole she hadn't seen due to water on the road.

A pair of passing doctors stopped to help and helped them to a nearby pub while they waited for paramedics to check her over.

In March last year the Government announced plans to spend £500m a year filling potholes, on top of wider plans for 4,000 miles of new road worth £27bn.

Carlton added he had reported the pothole to Northumberland County Council (NCC), which assured him an engineer would be dispatched to assess the road.

A council spokesperson said: "The council takes the quality of road surfaces and repair of potholes very seriously and invests considerable time and resource in making ongoing improvements.

“We have increased our spending on road repairs and this continues as a priority for investment.

“As well as pothole repairs we undertake more significant improvement schemes that represent better long term value for money and we have allocated an additional £15m from the Council’s own financial resources to support a two-year enhanced maintenance programme for minor roads and footpaths.

“This is in addition to the £22m being invested this year on road maintenance works across Northumberland.

“We have now received a report identifying the location of this particular pothole and we are taking urgent action to make the necessary repairs."