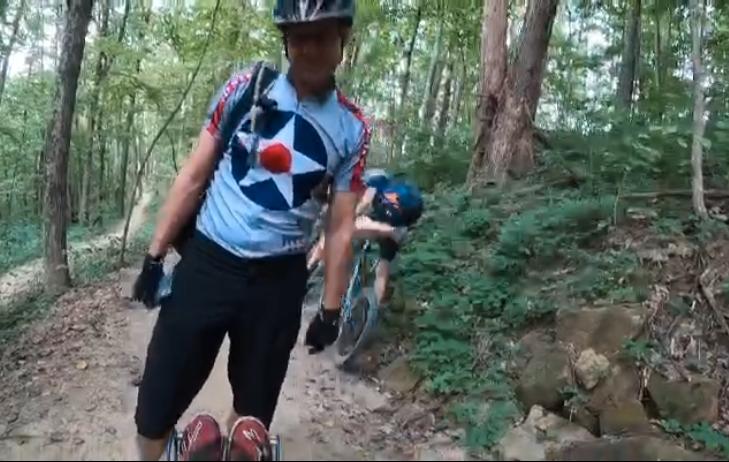 male karen cyclist on trail - via tom morris on facebook.PNG

Tom Morris was riding on a trail near Bloomington in Indiana, when he was stopped by a mountain biker who incorrectly stated his adapted trike was "against the rules"...
by Jack Sexty

A disabled US cyclist has urged people "to be more kind to each other", after sharing a clip of a confrontation with a mountain biker who told him that he wasn't allowed to use his adapted trike on a trail. After the clip went viral, the mountain biker was dubbed "the male Karen" by some on social media.

2020 has been quite a challenge for all of us but remember no matter what, be KIND to each other. - - - #resilience #attitude #can #coaching #discomfortzone #strength #mask #embracetheday #patience #consistancy #consistant #love #kindness #grattitude#adversityequalsopportunity #core#flex#empathy #strong #explore #pushyourlimits #getconfortablewithbeinguncomfortable#dominate #motivation#focus #drive #discomfort #growth #growthmindset #seizetheday

Tom Morris was stopped by the man while riding on a trail near Bloomington in Indiana. At the start of the clip shared to Facebook (above) he can be heard saying to Morris: "You're not supposed to have e-bikes on this thing."

Morris replies: "It's a handicapped piece of equipment", to which the man says: "And?"

The man, who says his name is Freddy, then adds: "Show me the rules saying you're allowed to do this", with Morris reiterating that it's an adapted bike, saying:"I can't walk."

A female companion of 'Freddy' tells Morris: "You should have led with that", before Morris replies: "Is this your husband? Class act, brother." 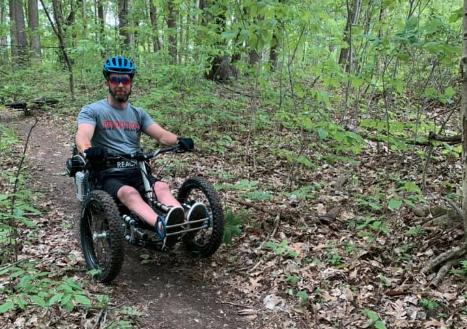 Morris - pictured above with the adapted electric tricycle he was riding at the time of the confrontation - has since said he has been in touch with Terry Coleman, the deputy director of Indiana's Department of Natural Resources (DNR), who told him that his bike was perfectly legal to ride on trails.

Morris said: "What I'm on is not an e-bike, it's an adaptive piece of equipment. And adaptive equipment is allowed on all of the trails throughout all of Indiana. So if you've got this equipment, get out and use it, use it in the state parks, use it on these trails."

Morris also said Coleman told him that the DNR had actually just bought 12 "off-roading wheelchairs", to give disabled people in the state more access to trails and paths for leisure activities.