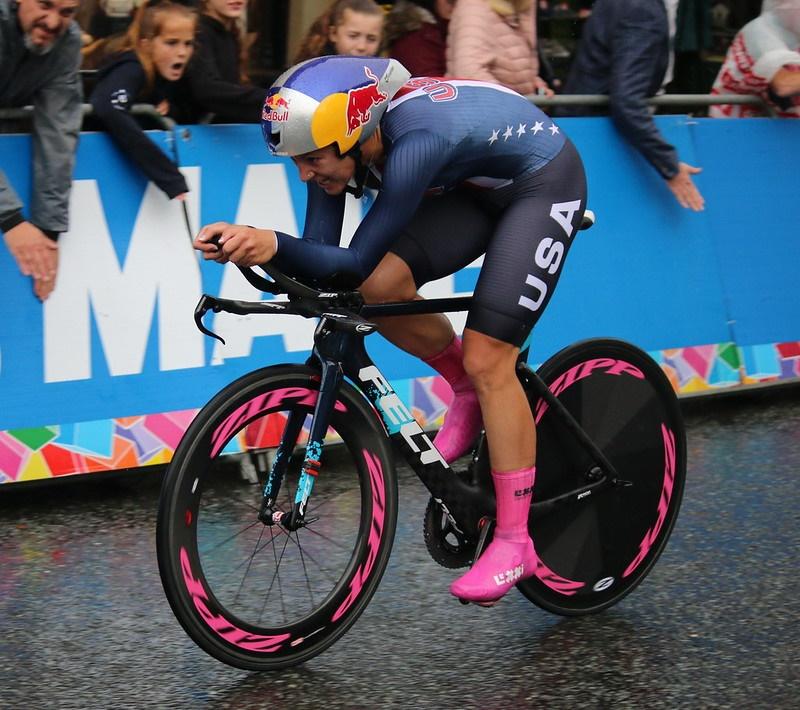 Rapha has issued a statement denouncing Chloé Dygert's social media conduct, as well as the apology she issued after signing a contract with the Canyon-SRAM team. As her team’s clothing sponsor, Rapha said it ‘wholeheartedly condemned’ Dygert’s endorsement of racist and transphobic views on social media and emphasised that her apology was “not sufficient.”

Earlier this month, Dygert – the 2019 world time trial champion and current individual pursuit world record holder – apologised for her social media behaviour after a Twitter user took screenshots of several tweets she had liked over the summer.

She also liked a tweet saying “white privilege doesn't exist” and another that suggested Colin Kaepernick – the NFL player who first knelt during the US national anthem as a protest against racial injustice – had “realized that if he grew an afro and played the part of victim, he could scam the black community out of millions.”

Writing on Instagram, Dygert said: "Cycling should be for everyone regardless of color, gender, sexuality or background. Like CANYON//SRAM Racing, I am committed to promoting diversity, inclusion and equality in cycling and our wider communities.

"I apologize to those who felt offended or hurt by my conduct on social media. I am committed to keep learning and growing as an athlete and a person."

Rapha said Dygert’s actions had “no place in cycling or society” and said it believed she had made, “very serious errors of judgment, which were compounded by an apology she issued that was not sufficient.”

However, the firm went on to express its belief that, “trusting the ability of people to change is key to reaching any form of meaningful reconciliation. Having spoken to her at length, we believe that Chloé has the capacity and the will to listen, learn and to change.”

Rapha confirmed that it would continue to support Canyon-SRAM, while making its displeasure at Dygert’s actions clear.

“All of us, the team and each of its partners, have acknowledged that we need to take action following this incident to ensure that this never happens again,” said the statement.

“Canyon//SRAM Racing have already taken clear steps to work with Chloé and is engaging with an external Diversity & Inclusion consultant in order to develop a comprehensive programme of diversity and inclusion training that focuses on dialogue and education.

“This is something that we believe will have a considerable impact within the team and beyond. Exact details of the program will be published by the team in the coming weeks.

“As a result of our conversations, the willingness that Chloé has demonstrated, and the meaningful actions that Canyon//SRAM Racing is putting in place, Rapha will continue to support the team. Acknowledging that they, like us, must do more to promote diversity, inclusion and equality, Canyon//SRAM Racing has been instrumental in promoting women’s cycling over the last five years, and the continuation of this work should not be jeopardised by the actions of one person.

“This incident has been an opportunity for all of us to learn and understand how much more we can all do. Finally, we would like to reiterate our stance on this issue once more. Discrimination has no place in cycling or society, and we are committed to fighting it in all of its forms by promoting diversity, inclusion and equality in the sport. There is no issue we take more seriously, and should there be any subsequent breach of these standards, the team will review the position outlined immediately.

“As part of this process, we will be reviewing our own working policies and practices to prevent similar incidents in the future. The last two weeks have served only to intensify our commitment to improve, starting with the actions outlined here.”

Dygert is currently recovering from a serious laceration to her leg which she sustained during a crash at the time trial world championships in Imola.