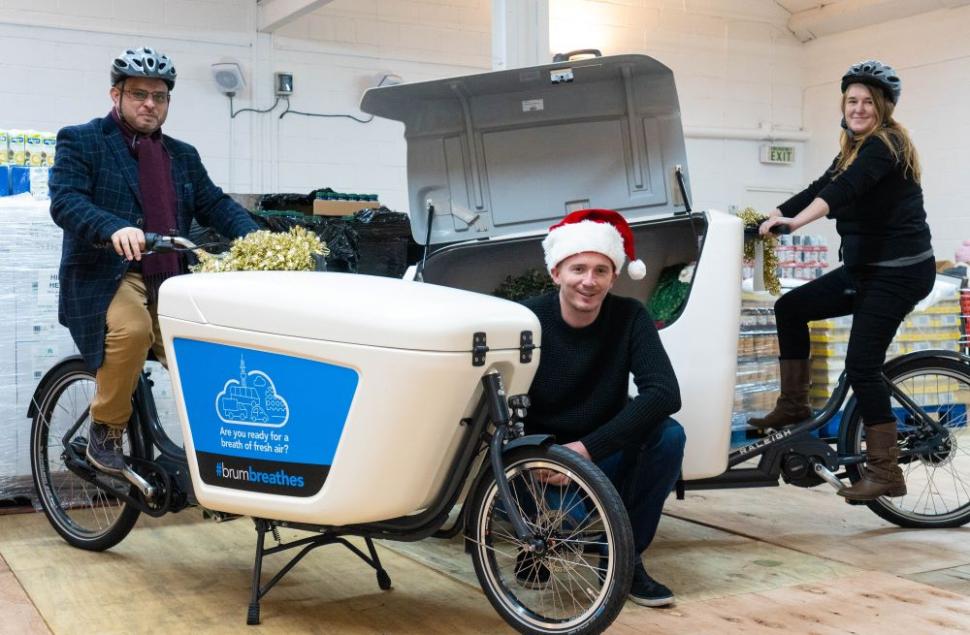 “Another step towards achieving net zero carbon in Birmingham,” says councillor
by Simon_MacMichael

The bikes, which are available in two and three-wheeled versions and were first unveiled by Raleigh back in July, will be used by The Active Wellbeing Society (TAWS) to collect donations and deliver food and clothing to vulnerable people across the city.

Birmingham became one of the first local authorities to get funding for an e-cargo bike pilot scheme in May, which helps pay for leasing and maintaining them, as well as training riders.

Initially, it is leasing 13 e-cargo bikes and seven e-cargo trikes, with the council retaining four of them for its own use to replace trips previously made by van.

Birmingham City Council’s cabinet member for transport and environment, Councillor Waseem Zaffar said: “I’m delighted that e-cargo bikes have arrived in Birmingham and in time to support the amazing work of the Active Wellbeing Society.

“This pilot scheme will help to improve air quality in our city and support organisations in their efforts to reduce emissions. It is another step towards achieving net zero carbon in Birmingham.

“We will be monitoring the impact of the pilot closely as we look to develop more sustainable freight initiatives in the future.”

Chair of TAWS and ward Councillor Lisa Trickett said: “The eCargo bike scheme will really help our staff and volunteers to get essential items to where they are needed over the Christmas period.

“Whether that is delivering food parcels and meals, clothing and toy donations or our ‘Christmas Treat Bags’ to the communities we are supporting. It is vitally important that we are able to work with our partner organisations to support individuals and families during such challenging times.

“The eCargo bikes will enable us to meet local need in a sustainable and efficient way."

The bikes, made by Raleigh, can carry a payload of 100 kilograms plus the rider, with a range of 40 miles on a single charge and zero emissions.

A further batch of bikes will be delivered in the New Year and loaned to organisations partnering the council, partly to showcase how e-cargo bikes can work for day-to-day operations when delivering goods and services.