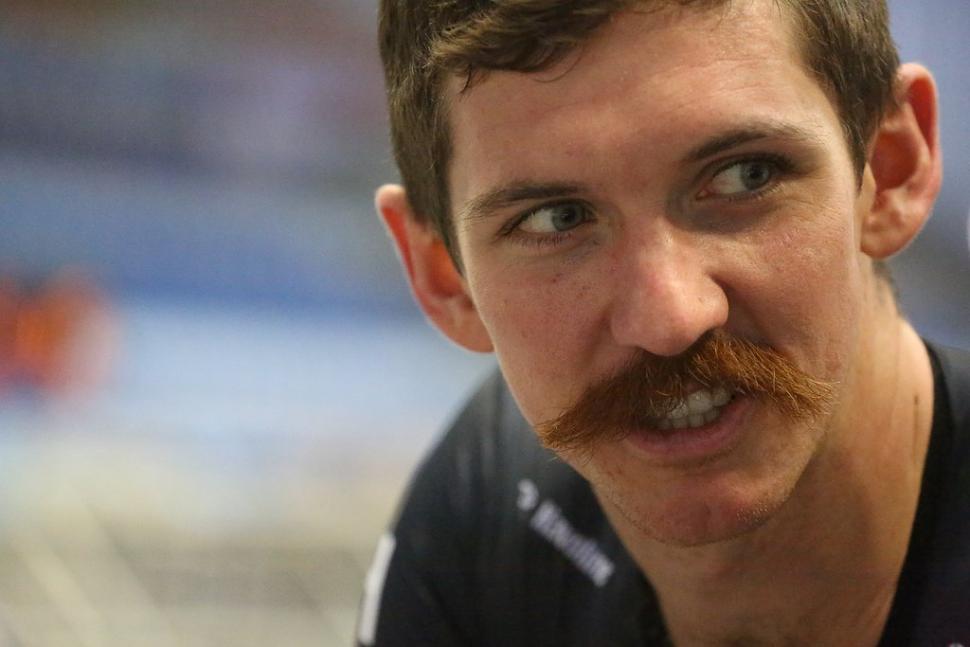 Ashton Lambie has broken the four-minute barrier for riding 4km from a standing start, riding 16 laps of the Aguascalientes Velodrome in Mexico in a time of 3 minutes 59.930 seconds.

The American gravel rider turned track cyclist is supported by the UK's Huub Design and Watt Shop, and a teammate of Dan Bigham on the Huub Wattbike track squad (check out our interview with Dan on the latest episode of the road.cc podcast). Ahead of the record-breaking ride, Lambie said that he had been inspired by Sir Roger Bannister’s first sub-four minute mile, achieved in Oxford in 1954.

Ashton Lambie is the Roger Bannister of cycling….🙌 pic.twitter.com/LkNEoyeaAu

Ashton has done it - he is the first person to have ever ridden 4km in under 4 minutes in the individual pursuit with a time of 3:59:930 - A new World Record! Congrats buddy we can't wait to crunch the numbers!

His effort yesterday beat the time of 4 minutes 1.934 seconds set by Filippo Ganna in Berlin in February 2020 – when the Italian went 1.706 seconds faster than Lambie in qualifying when setting that world record, before getting the better of the American in the final.

Ganna himself is aiming to go less than four minutes in the individual pursuit at October’s track worlds which take place at sea level, rather than altitude, where Lambie set his latest record.

In August 2018, Lambie smashed the previous record, held by Jack Bobridge of Australia, whose time of 4 minutes 10.534 seconds, set in Sydney in 2011, had been the fastest since Great Britain’s Chris Boardman rode 4km in 4 minutes 11.114 seconds in Manchester 15 years earlier.

Lambie set a time of 4 minutes 7.251 seconds on that occasion in Aguascalientes, and twice took his record lower in September 2019 at Cochabamba, Bolivia, bringing the record down to 4 minutes 5.423 seconds.

Two points are worth noting. First, each of Lambie’s record breaking rides mentioned above took place at altitude – the track in Aguascalientes is at an elevation of 1,887 metres, and the one in Cochabamba at 2,571 metres. Boardman, Bobridge and Ganna, by contrast, all set their records at sea level.

“Filippo has always shown the intention of trying it at sea level because he doesn’t want the advantage of altitude, as if it were then a record with an asterisk,” Villa said.