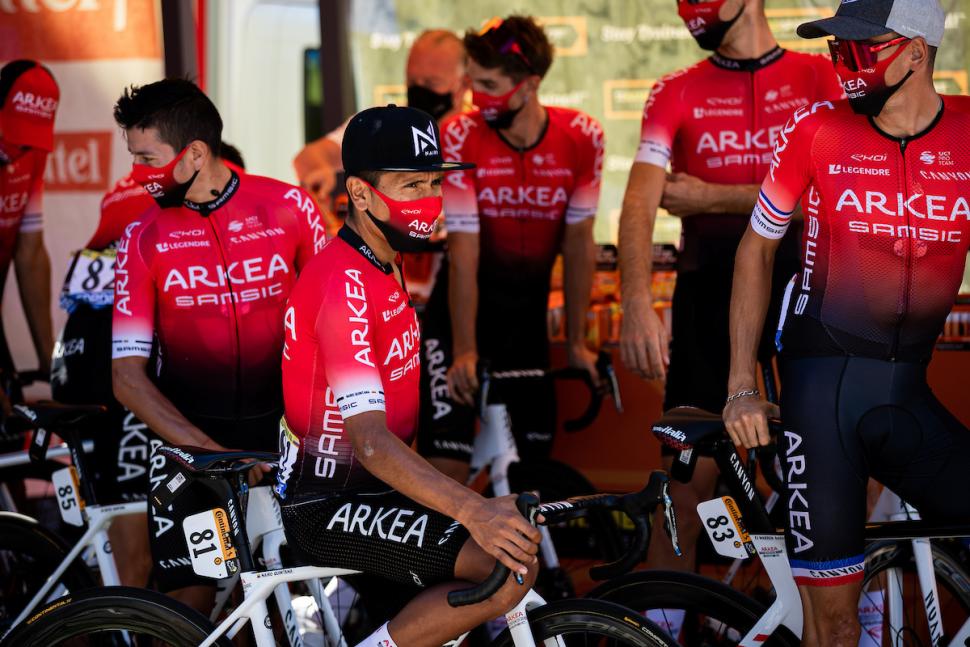 French prosecutors investigating suspected doping at the Arkea-Samsic team during the Tour de France have taken two people into custody. Meanwhile, the UCI Professional Continental team’s general manager, Emmanuel Hubert, insists the investigation is not targeted directly at the team but at specific individuals, and that it would “immediately dissociate itself” from any evidence that doping had taken place.

As we reported yesterday, Hubert confirmed that the team’s hotel at the race had been raided following Stage 17 of the race, with L’Equipe saying that the rooms of Colombian riders Nairo Quintana, his brother Dayer and Winner Anacona had been searched.

Some support staff and vehicles were also searched by officers from a gendarmerie unit specialising in environmental and public health offences, and the Marseilles public prosecutor’s office has confirmed that an investigation is under way, reports Eurosport.

Prosecutors have confirmed that the investigation was launched following the  “discovery of many health products including drug … and especially a method that could be qualified as doping.”

Both Quintana brothers were reportedly interviewed yesterday as part of the investigation, which concerns “the administration and prescription without medical justification of a substance or a method prohibited during a sporting event, and helping and encouraging the use of that substance or method.”

Two people – according to Le Parisien, a doctor working with the team and Quintana’s own physiotherapist – were taken into custody by police, with prosecutor Dominique Laurens saying that the investigation was focused on a “small part” of the team.

In a statement released yesterday evening, Hubert said: “A search did take place last week in our hotel, as I have already confirmed to various media. It concerned only a very limited number of riders, as well as their close entourage, not employed by the team.

“The team, its general manager as well as its staff, currently quoted in the media, are absolutely not under investigation and consequently are not being kept informed of any element from near or far relating to the progress of the investigation, which I remind you is not targeting either the team or its staff directly.”

He continued: “We obviously support our riders, but if it turns out that at the end of the current investigation, the evidence confirm the veracity of doping practices, the team will immediately dissociate itself from such acts and without delay take the necessary measures to put an end to links which could associate it with unacceptable methods that it always opposes.

“Indeed, as a member team of the MPCC [movement for credible cycling], it has always over the past 20 years demonstrated its commitment to ethics and taken a stand in favour of the fight against doping,” Hubert added.

Quintana, a past winner of the Giro d’Italia and Vuelta a Espana has been runner-up on the Tour de France on three occasions but finished this year’s race in 17th place overall, more than an hour down on winner Tadej Pogacar.