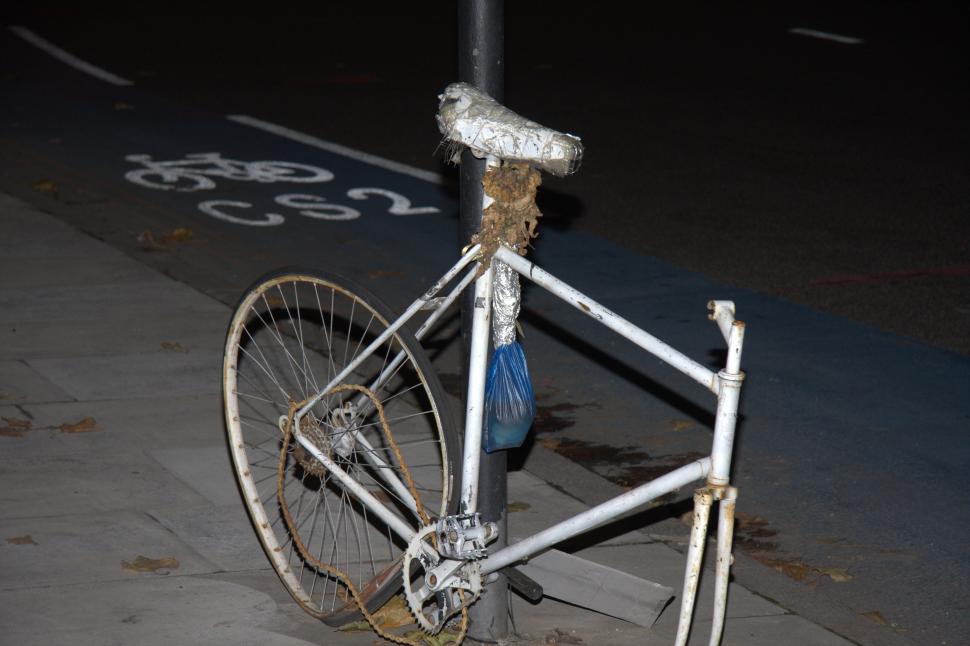 Die-in planned at Transport for London headquarters as ‘save our cyclists’ petition hits over 18,000 names

After a horrific run of crashes in which five cyclists died on London’s roads in nine days, London cyclists are taking action both on line and in real life. A  ‘Save Our Cyclists’ petition calling on London mayor Boris Johnson to take urgent action is rapidly approaching 20,000 signatures after just 24 hours, and a ‘die-in’ protest and vigil has been organised for November 29 at Transport for London headquarters.

The die-in protest will start at 5pm on Friday November 29 with a vigil for the cyclists who have died on London’s roads outside Transport for London HQ at 197 Blackfriars Road. That will be followed at 5.30 by the die-in and rally, before the event ends at 6.30.

“Transport for London needs our peaceful protest to be brought right to their door - the HQ of those who have failed to make our streets safe for our children or our pensioners to cycle on, never mind fit adults,” say event organisers.

“Cycling safety needs to be top of TfL's priorities, as should befit a 21st century city looking for ways to tackle congestion and pollution. If Crossrail was predicted to kill 120 workers during its construction, work would be halted immediately. Cyclists are just as important.”

The full details are on the event’s Facebook page.

Addressed to Boris Johnson and his cycling commissioner Andrew Gilligan, the Save our Cyclists petition on 38degrees asks: “Where is your sense of urgency?”

Petition creator Rhiannon Redpath wrote: “We call on Boris Johnson and Andrew Gilligan to vastly accelerate their plan for expenditure of the £913 million cycling fund, by releasing an accurate, costed and time-bound plan for how the fund will address cycle safety over the next 12 months, from the end of December 2013.

“TFL and the Mayor for London do have the right idea. But, as plans are drawn up, consultations are carried out, and meetings are had, London’s roads continue to be unsafe, and cyclists are losing their lives.

“We are calling for urgent action from Boris Johnson and the Cycling Commissioner Andrew Gilligan to accelerate their plans, and to be clear about their intentions for cycle safety in London.”

Launched yesterday, the petition hit 10,000 signatures within hours and is now racing toward 20,000.