There’s a new bespoke bike brand on the scene in the shape of Bristol-based Engineered Bikes, and main man David Fong paid road.cc a visit yesterday to show us the first offering, the Zondag aluminium cyclocross bike.

David races, including cyclocross, and he has designed the bike to provide the characteristics that he looks for in a race bike. This is a prototype although it’s pretty close to the final version that’s now on offer to the public. The frames are handmade in Italy – Modena, to be precise – and then hand-finished by Argos Cycles back in Bristol.

Why Italy rather than the Far East?

“I seriously looked at getting the bike built in Taiwan but the amount of customisation you can do is basically zero,” says David. “That’s fine if you want to do high volume but I don’t want to launch a big brand, I want this to be a niche brand that offers something more interesting. I’m not planning to mass-produce these bikes. They’ll be made to measure for each customer.” 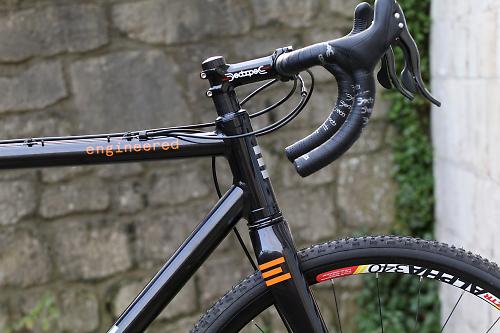 The Zondag is very much a race bike rather than a road-going cyclocross machine, so you get a race geometry and no eyelets for mudguards or a rack.

“I know the way I like a bike to handle for cyclocross,” says David. “I like it to be quick handling and precise, with a front end that’s planted and a rear that’s a little bit slidey – so this bike is what I like. The handling characteristics can be toned down depending on rider preference. Nnot everyone will want such an aggressive approach.”

The frame is built from a custom Dedacciai 7000 Series aluminium alloy tubeset. The head tube has a 44mm internal diameter, built to take a tapered fork steerer with a 1 1/8in bearing up top and a 1 1/2in bearing at the bottom. The down tube, on the other hand, is relatively slender.

“Because the head tube is so big, you could go for a really high-diameter down tube, but I didn’t go for the biggest tube possible,” says David. “I think that for cyclocross, drive rigidity is not as important as weight – you have to carry it – so going for a slightly smaller tube makes more sense.

“I have kept with a smaller seat tube than normal too, just to keep a bit of compliance. You save some weight that way too.” 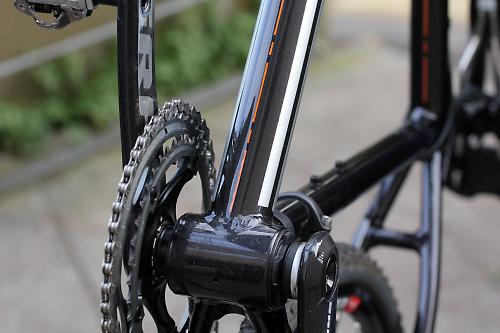 The bottom bracket on this prototype is a Press Fit 30 standard although, because each bike is built to order, you can go for BB386EVO or threaded (BSA) if you prefer. While we’re talking about options, you can see that this bike comes with disc brakes but you can opt for a cantilever brake setup if you like, with the necessary mounts and a 130mm rear axle, rather than 135mm. 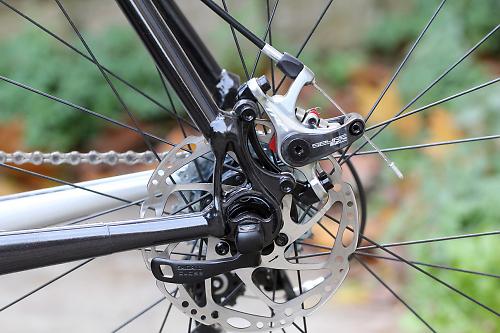 David has mounted the rear disc brake on the outside of the seatstay rather than siting it within the rear triangle.

“If it’s mounted in the rear triangle and it’s not very compact, I find that you can start clipping your heel on the brake. One of the problems I’ve had is that your heel can start turning the little adjuster wheel on some brakes and you find they can start to bind a little bit, which is really annoying.

“In order to keep compatibility with a wide number of brakes, it’s better to keep the mounts outside of the rear triangle so they’re out of the way. You’re not going to put mudguards on a cross race bike so that’s not an issue.” “For cyclocross you generally need to use fairly slender tubes to get enough clearance around the tyre, but that can make things a little bit flexy, so I’ve used this webbing that runs inside the tube as well. It actually stiffens up the area quite dramatically. In terms of computer modeling, it reduces deflection under a certain load from 12mm right down to 4mm, so it’s a huge benefit. 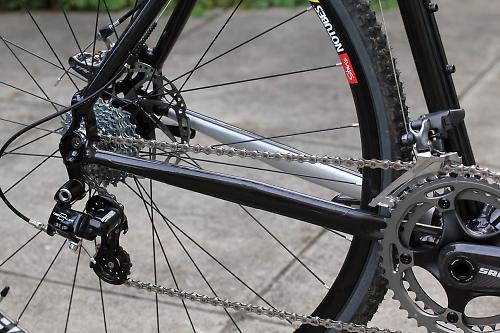 “But it’s a little shelf for mud to collect on. We might take the plate in a bit which would make the area a bit less stiff but keep most of the benefit, without providing so much of a shelf for mud.” 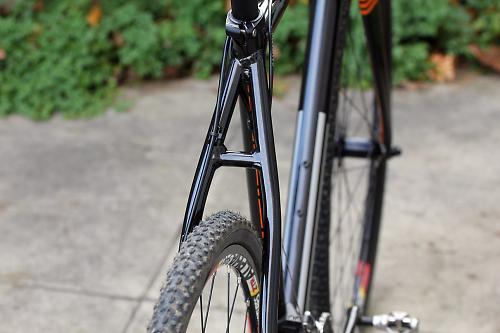 There’s a massive amount of mud clearance above the wheel, though, the brake bridge sitting way up the seatstays. There’s a chance that it will be removed entirely further down the line, although that will require some more work on the seatstay design. 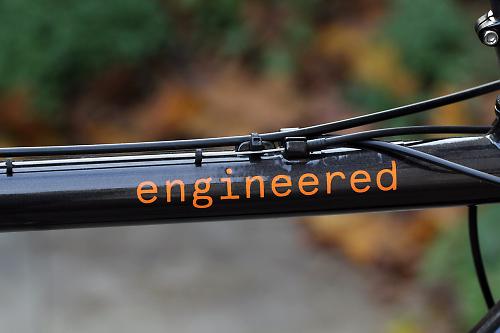 All of the cables are routed along the top of the top tube, away from the mud, although the exact configuration will probably alter to neaten things up a bit. As you can see, the front mech here is top pull, but if you want the cable to come in from the bottom you can have a pulley mount added when you get the bike built. 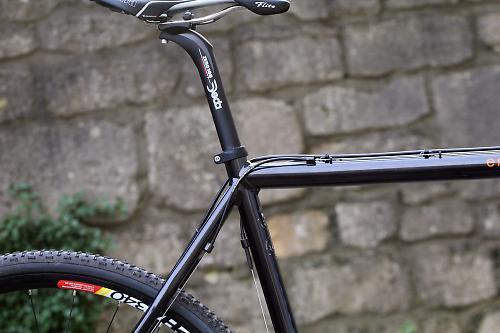 The prototype Zondag has down tube bottle cage mounts although you can have an additional one on the seat tube or none at all – the choice is yours. One other interesting option is that you can go with an integrated seatpost if you like – an extended seat tube without the need for the 27.2mm diameter seatpost. That might make transporting the bike a bit more tricky, depending on how you want to carry your bike to events/rides. 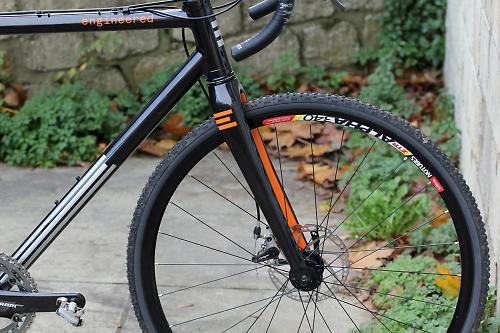 You’re looking at a frame weight of around 1,500g, and the finish is largely customisable.

“The painting is exceptional,” says David. “Argos are using an automotive paint for the Zondag. It's a bit pricier and harder to work with than normal, but it's more durable and very chip resistant. I’m really chuffed with it.”

Why’s it called the Zondag? It’s how the Flemish say ‘Sunday’ – and Sunday and Flanders are both closely associated with cyclocross.

You can buy the Zondag frame for £900, or pay £1,200 for the frame with a 3T Luteus carbon monocoque fork (it’s a Kinesis fork on this prototype). You can expect delivery in 6-8 weeks. No standard sizes are available; it’s made to measure only. To start with, Engineered Bicycles can supply the Zondag in Campagnolo builds with 3T or Fulcrum wheels and Deda or 3T finishing kit... so a very Italian flavour. David can also supply handmade Stans tubeless wheels (as on the prototype) built by Just Riding Along up in Sheffield. Other complete builds will be available over time.

David intends to introduce an aluminium road bike next, then a cross-country mountain bike, and then a carbon road bike. All the bikes will be made to measure by the same Italian frame builder, the carbon road bike using tube-to-tube construction.

Engineered Bicycles will be exhibiting at Bespoked 2014, the handmade bicycle show that will run 11-13 April next year at the Lee Valley Velodrome – the Olympic track. The aluminium road bike should be ready in time for Bespoked.

Before that, look out for a First Ride of the Zondag on road.cc shortly, and visit www.engineeredbikes.co.uk for more information.