Charge has updated its entire line of bikes for 2014 with a simplified Grater, Cooker and Plug line-up. This here is the top of the line Plug 5, and the big news is the use of SRAM’s Hydro R hydraulic disc brakes. Throw a smart black Tange Prestige frame with rack and mudguard mounts and a SRAM Rival-based groupset into the mix, and it’s looking good for the £1,599 asking price. 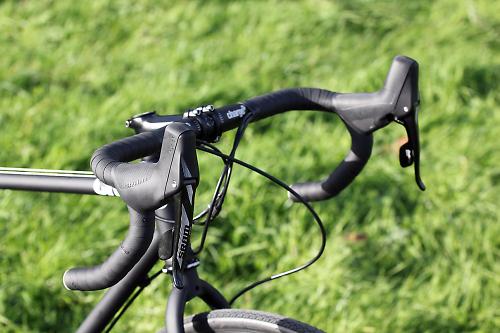 This new Plug is the spiritual successor to the Filter Hi we reviewed early last year. Despite the name change, the Plug in essence has the same frame, a double butted Tange Prestige tubeset with the skinny tubes giving a pleasing, if traditional, aesthetic. 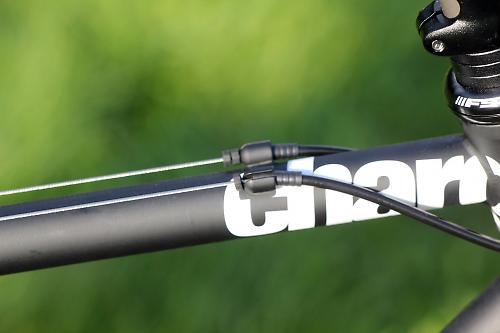 There are the same top tube mounted gear cables giving it cyclo-cross potential, and there are rack and mudguard mounts. It’s the ideal do-it-all road bike, happy on the daily commute or laden up for some light summer touring, and sans-mudguards would even be perfectly capable of a sportive or two. Stick some mudguards on it and it's got winter training bike written all over it. 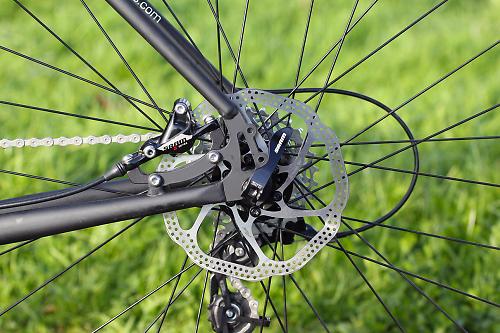 By mounting the rear brake caliper inside the frame, attached to the chainstay, fitting ‘guards and a rack will be a doddle, without the interference of externally mounted caliper. The brake hose is routed along the down tube and chainstay. It’s still early days for disc brakes on road bikes, and one of the splits we’re seeing is the location of the rear brake caliper. Some, like on the Genesis Equilibrium Disc, opt for a seatstay mount, but this can cause conflict when fitting mudguards and racks. The Charge approach neatly sidesteps the issue and assures complete compatibility. 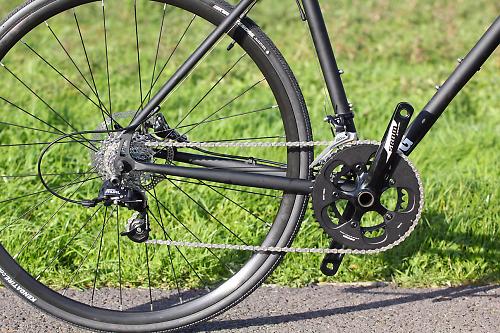 Along with the non-series SRAM HRD 700 brakes, with essentially the same shape hoods as SRAM Red, Charge has built the bike with a SRAM drivetrain. Rival derailleurs, a SRAM S350 50/34 compact chainset and 11-28 cassette look after the shifting duties. 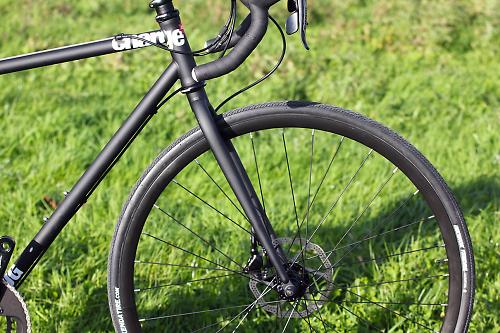 There’s a pleasing lack of noisy logos on the Plug 5, a Charge trait, and that is also carried over into the wheelset, with discrete all-black Alex ATD-490 double wall rims. They’re laced to SRAM Via GT hubs and wrapped up in 28mm Kenda Kwick Roller Tendril tyres. Their puncture resistant casing will be appreciated for winter riding. Even with this large tyres there is bags of space between the frame, so clearance isn’t an issue. The handlebars, stem and seatpost are Charge’s own label Shield Lite parts, with a compact shaped bar and 31.8mm seatpost, topped off with one of the new Scoop saddles. 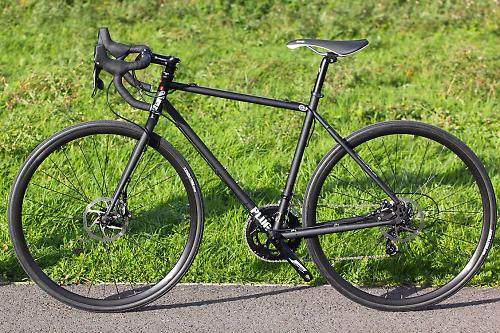 And the weight? That’s 10.55kg (23.25lb). The main, and very obvious comparison we can draw on is the recently arrived Genesis Equilibrium Disc.  Both use steel frames, disc brakes and offer all-round versatility. And both are British designed. The Genesis is a £100 cheaper but comes with mechanical Hayes disc brakes compared to the hydraulic brakes on the Charge,  and is a shade heavier at 10.85kg (23.92lb). There’s not much in it granted, but the proof will be in the ride. So watch this space for a review of the Plug soon.