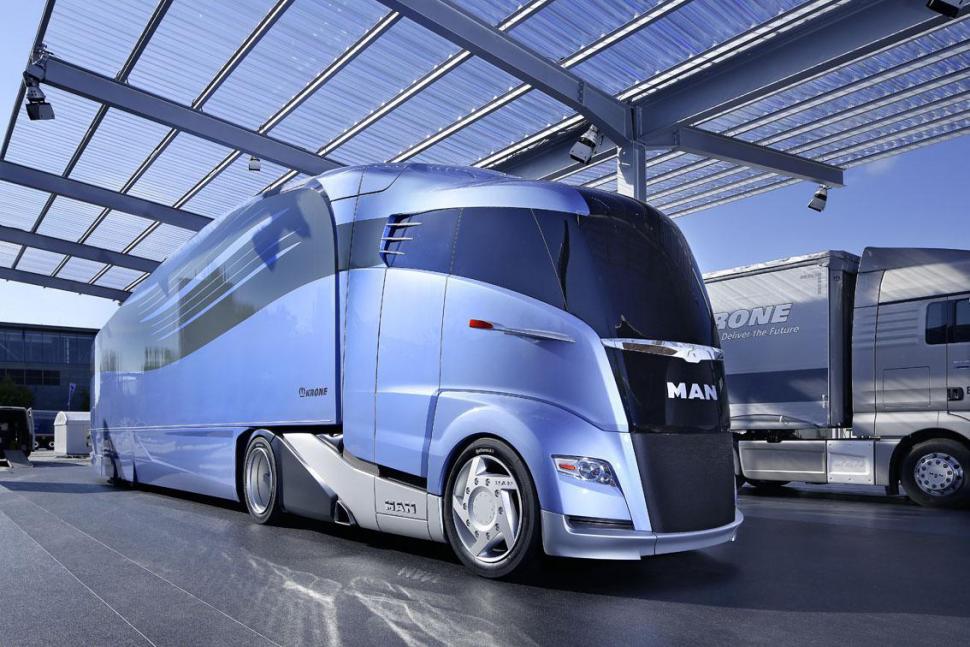 European legislation to make sloping-front truck cabs compulsory has been delayed until at least 2015 because of objections by a bizarre alliance of environmental groups and truck manufacturers.

Experts claim that sloping-front cabs have the potential to reduce deaths of vulnerable road users hit by trucks by 1,000 per year because they reduce injuries and blind spots.

However, road haulage operators have traditionally preferred flat-fronted cabs because positioning the driver at the very front of the vehicle maximises cargo space.

According to Matthew Beard of the Evening Standard, truck makers MAN and Scania are in favour of the design, but Daimler is opposed because it wants to recoup the development costs of its latest trucks.

Environmental groups fear that the sloping front design is being used as a Trojan horse to usher in longer trucks, a change that might negate the advantage of the cab design, especially for cyclists.

And it’s not just environmentalists that are worried. When MAN trucks showed a sloping-cab concept vehicle in July, British Cycling pointed out that the truck was a full 8.5 metres (almost 28 feet) longer than current trucks.

Martin Gibbs, then British Cycling's director of policy and legal affairs, said: “Longer lorries are bad news for cyclists, pedestrians and roads. The biggest safety issue is when lorries turn, unlike cars they need to take a big ‘arc’ where cyclists can become trapped. The longer the lorry, the bigger the arc and the greater reduction in visibility.

“Longer lorries may also cause greater turbulence and stress effects when overtaking cyclists. Increased weight will also cause roads to crack and create potholes."

Last week a woman in her 20s was clipped by the back of a left-turning lorry as it swung out to turn a corner in Camden. She was to the right of the vehicle as it turned, but despite having avoided the truck’s left hand ‘death zone’ she still suffered what are reported to be life-changing injuries.

“I’m getting very frustrated that these proposals on the design of cabins are being blocked by something that is unrelated,” he said.

In July, London Mayor Boris Johnson said he would lobby the European Union for sloping-front cabs to be made compulsory and from next year would impose £200-a-day fines on HGVs entering London without safety features such as side panels and mirrors to eliminate the blind spots which cause drivers to fail to see cyclists.

However, the implementation of sloping-front cabs now looks likely to be delayed until 2015 to give manufacturers a further chance to respond to the proposed regulations.