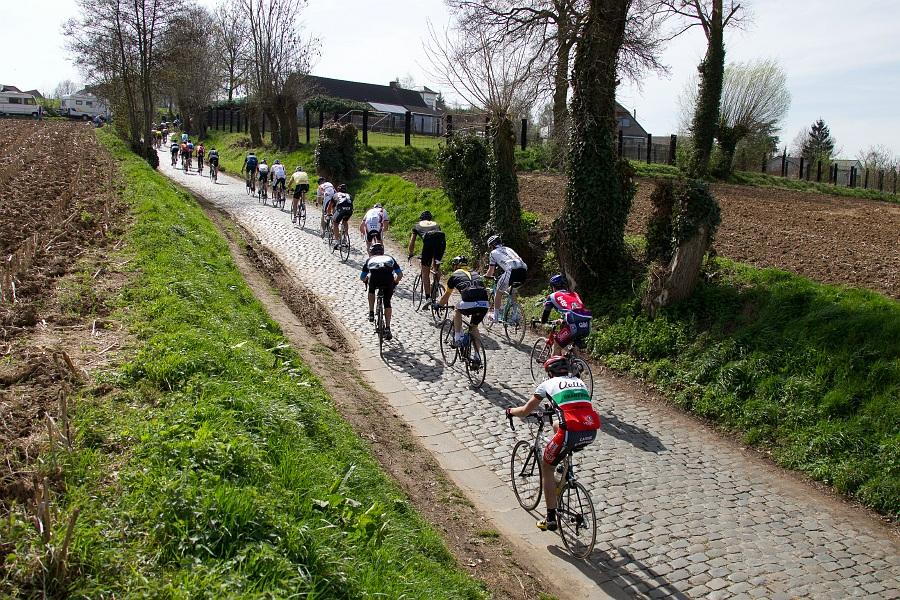 Pilgrimage to Flanders - a cyclist’s chance to endure cobbled roads and extreme suffering.

This Friday (1 November), registrations open for one of Europe’s most popular sportives: the Tour of Flanders Cyclo. That’s the Ronde van Vlaanderen to afficiandos. The classic professional race of the same name takes place on Sunday 6 April, with the Cyclo for non-pros and all-comers on Saturday 5 April 2014.

Our man David Arthur rode the route earlier this year, and in 2014 it’s my turn.

After two successful stabs on the mountains in the Etape du Tour, and a little jaunt along the pave’ of Paris-Roubaix, it was the obvious next step to tackle the hills and cobbles of Flanders.

Regular readers may know I enjoy the occasional sportive here in the UK and abroad. But this event is more than just another sportive. Combined with watching the real Tour of Flanders race next day, it’s a homage to professional bike racing at the very shrine of the sport: the rugged roads and harsh landscapes of Belgium.

It’s a fair old distance too. The longest option in the Cyclo is 256km, the same distance – and exactly the same route - as the pros. It starts in Bruges, heads pretty much straight for Oudenaarde, and then follows a crazy zig-zag loop around the region to take in as many hills and cobbled sections as possible, to finish back in Oudenaarde.

The exact route has yet to be confirmed, but previous years Cyclos have includes a good selection of classic climbs, such as  the infamous Koppenberg , along with – or sometimes combined with – long stretches of cobblestones. It’s enough to rattle your teeth and loosen anything on your bike not screwed down tight.

And if the hills and cobbles aren’t enough, there may also be the weather to contend with. Belgium in April is not renowned for its balmy temperatures. Pictures of the race over the years show riders battling through mud, winds, ice and snow. The cyclo may be the same. Balmy? Barmy, more like.

If that sounds too much like purgatory (I hesitate to say ‘hell’ as that epithet belongs to another race) there are shorter cyclo options of 83km and 133km that start and finish in Oudenaarde.

But as a friend of mine says: “If you haven’t battled your way uphill, in the freezing cold, on a narrow lane, sliding on the cobbles, avoiding cyclists who have already fallen off, with numb hands, aching feet and still 100km to go, then you can’t really call yourself a bike rider.”

That sealed it for me. And another friend said: “Sign me up!”

So our entries are in, and we’ve got five months ahead which will inevitably include some very long and very hard training rides through the depths of the British winter. Even more exciting, we’ve got five months to discuss which tyres to use. It’s all part of the ritual when preparing for a pilgrimage to the Ronde van Vlaanderen.

If you’re keen to take part, there’s more information here: www.rondevanvlaanderen.com   Entries are limited to 16,000 but, with riders coming from all over the word to sample this epic day out on the bike, it fills up fast.

You can enter direct and make your own travel arrangements, or get everything sorted with a tour company. Most offer long weekend packages that include hotel, travel, taking part in the Cyclo on the Saturday and watching the race on the Sunday.

UK tour operators include SRS Events www.srs-events.cc and Sports Tours International www.sportstoursinternational.co.uk. Visit their website for an idea of options and prices.