Dave Arthur is in Belgium this weekend, and fondly looks forward to the cobbles. Plus a look at his steed of choice

This weekend I’m be escaping the clutches of the frozen UK and heading to, ermm, an even colder Belgium, cos I’m taking part in the Ronde Van Vlaanderen (Tour of Flanders) cyclo event. For cyclists it’s a must-do event and is right up there with doing the Etape. In fact I’d even say it’s the number one event for cycle racing fans.

The running of the event for the public (I hesitate to use the word sportive here) the day before the professional road race on exactly the same course makes for a fabulous weekend. Ride the pave and act out your fantasies on the same roads that the following day the likes of Tom Boonen and Fabian Cancellara will be doing battle. 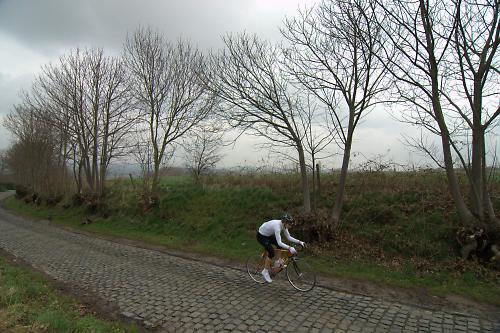 It’s become more than an event, it’s a festival of Belgian cycling and showcases everything that is so great about the classics season. You’ve got the roads that run through bleak countryside and industrial landscapes and sections of cobbled roads that are individually famous for being the battleground for sometimes successful race winning attacks.

Above all, it’s bloody good fun, and one of the best cycling events it’s possible to take part in. The atmosphere is buzzing and awash with accents from around the world. You’re blinded by more cycling kit and obscure teams than you’ll see in a lifetime, people ride it on state-of-the-art carbon race bikes to old steel clunkers dusted down from the 70s. Really, anything goes. Because it’s not about the kit or the bikes, or how fast you ride it, it’s about the taking part and the cobbles. 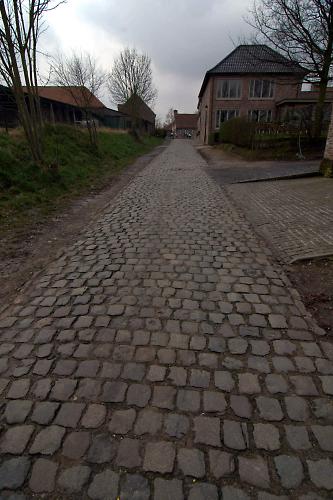 The Kwaremont, just before the halfway point

Ah yes the cobbles. Smoother and better maintained than those in Paris-Roubaix the following weekend, but what they lack in brutality they make up for with climbs. The short sharp cobbled climbs are the defining feature of the route. The exact makeup of the route and the list of cobbled sectors has changed much over the years, the route has never really stayed the same. The organisers used to offer primes to riders first to summit the climbs. 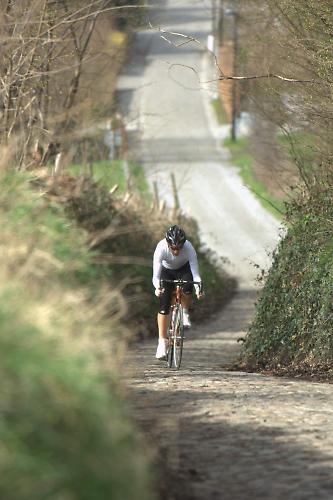 The tough and brutal Koppenberg

Last year the route changed dramatically, and that means the fearsome pairing of the Muur van Geraardsbergen and Bosberg right at the end of the route are sadly missing from the route card. This is a real shame, for me the Muur was the pivotal part of the course. It’s an iconic climb, the most famous of them all. And the Bosberg, not the hardest climb, but rough and hard on tired legs. 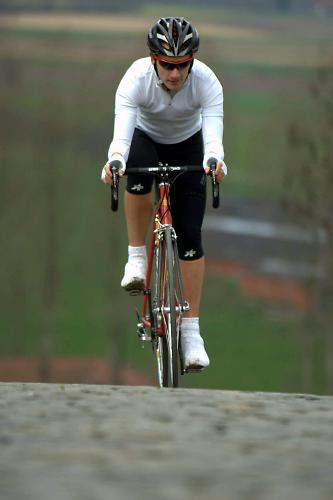 The final climb of the day, the Paterberg

In their place is the finishing duo of the Oude Kwaremont and Paterberg. Together they don’t have the same bite, but the Kwaremont is a tough slog on tired legs and the oft forgotten about top section can eliminate any advantage you might have gained over your riding buddies. And the Paterberg, will it’s damn tough and brutal with anything but fresh legs.

But my favourite climb by far is the Koppenberg. It’s not that hard, but the narrowness of the road which coincides with the steepest section makes it tricky to successfully negotiate when you have to navigate a route around riders who's handling skills aren't on a par with the pros. Mercifully the steep section doesn’t last long and it quickly levels off and the top is within sight, presuming you’ve lifted your head from your death stare at the cobbles. And it’s the second climb on the cyclo event. 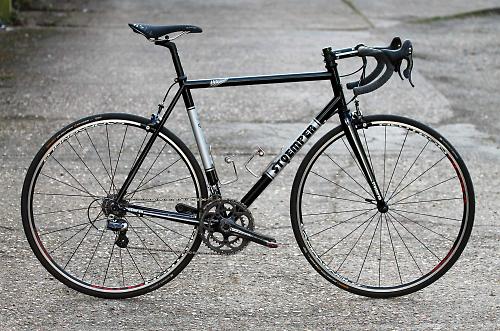 My ride for the weekend. Steel and real

I’m lucky enough to be joining the guys from Stoemper for the weekend. They used these roads to design their range of aluminum and steel bikes, and I’m keen to see how the Taylor fares on the cobbles. I’ve been riding the bike for a couple of weeks so I’m comfortable on it now having tweaked my position to my liking. I’ve ridden steel on the cobbles before, so I do have some idea of what I’m letting myself in for.

The only other desicion I've had to make is what to wear? I’m thinking the same three layers of winter clothing I’ve been wearing for the past five months? Should do it.