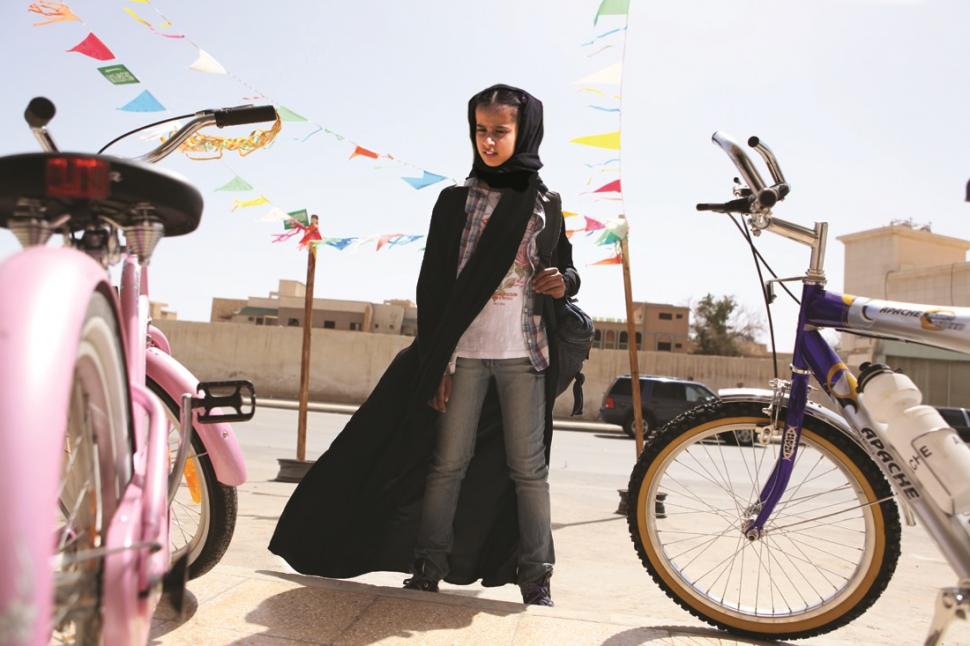 Saudi Arabian women are readying themselves for a national day of protest on October 26 against laws that prohibit them from riding bikes.

Cycling has taken a leading role in the Saudi Arabian women’s pursuit of travel equality. Since the turn of the year laws restricting women’s use of bicycles have been slackened and a female director has released a film based on a young girl’s illegal desire to ride a bike.

As it stands, Saudi Arabia is the only country in the world which denies its women the right to ride bikes and operate vehicles on the road. But now, a century after cycling helped emancipate the women of the west, it appears to be aiding the Saudi women’s case for equality on the roads.

July saw the release of groundbreaking Saudi Arabian film ‘Wadjda’. Directed by the first native female director, Haifaa Al Mansour, the film has been nominated as the country’s entry for best foreign film for the 2014 Oscars.

Simply, ‘Wadjda’ is a story about a girl who wants to ride a bike. The film approaches a number of the legal and cultural boundaries that restrict women in Saudi Arabia, while keeping the young protagonist’s desire to ride her bike case-in-point.

While the film broaches many of the issues that women in Saudi Arabia are protesting this week, director and writer Al Mansour distanced herself from the political upheaval when she spoke to Channel 4.

"I'm not an activist,” Al Mansour said, “I don't go and provoke people with a sign "I'm making a film" - for me, i'm a filmmaker, I want to make a film that is intimate and tells the story.

"I wanted to make a film coming from a harsh place like Saudi but a film about human resilience... a person who's trying to find her voice and assert herself in a society that doesn't see her.”

Despite her desire not to be associated with these changes in national mentality, it’s hard not to see ‘Wadjda’ as a representative insight into the progressive ideals of the young women of the country.

In preparation for the October 26 protests, videos have surfaced of Saudi women who have looked to find their voice by filming themselves driving vehicles which, according to the law, they shouldn’t be.

Video footage featuring a woman dressed in a burka driving a car also shows other road users demonstrating their support with passing ‘thumbs-ups’.

Saudi blogger Eman al-Nafjan, also known by her twitter pseudonym @Saudiwoman, has taken part in one of these filmings and believes that there has been a change in national mentality towards the legislation.

According to a CNN report al-Nafjan was arrested during one of her filming sessions. Despite the arrest she was reportedly encouraged by the quick release time and the general lack of arrests in similar cases. She cited it as proof that even officials are changing their minds.

What we are witnessing may not be a movement towards something resembling feminism in Saudi Arabia. But what the October 26 protests do signify, is a change in female self-perception in a country that sorely needs it.