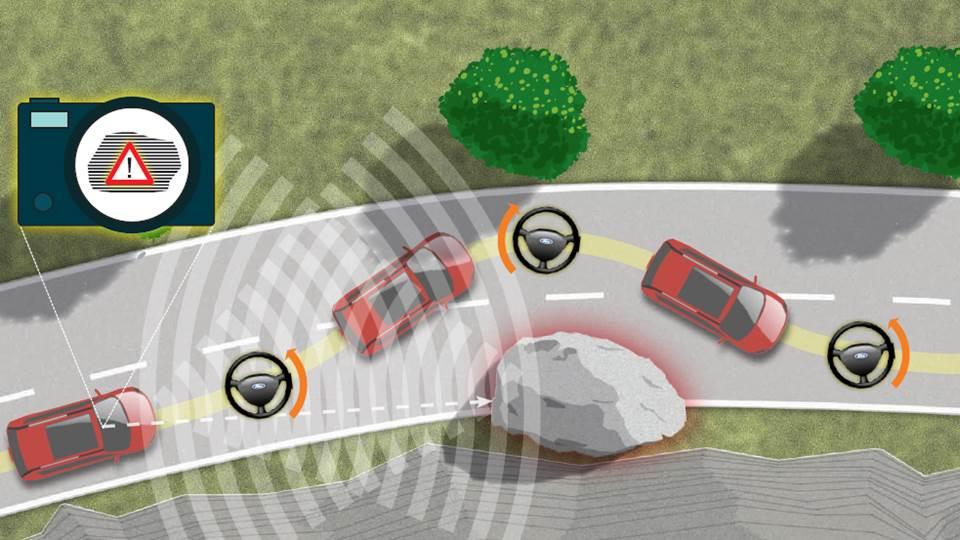 Video: Experimental Ford takes over if driver fails to avoid a crash

Car maker Ford is working on a system that takes control of the car if it detects an obstacle in the road ahead, and either brakes or steers the car around it.

The Obstacle Avoidance system will first warn the driver of an impending collision, and then take over if they don’t react.

The system uses radar, ultrasonic sensors and a camera to scan the road up to 200m ahead. A display in the car warns the driver and if necessary puts on the brakes, looks for space on the road ahead and steers around the obstacle.

"You're driving down the road and a pedestrian or something comes out from either side of your vehicle from your peripheral vision where you don't have a good look at it," said Bard Samardzich, vice-president of product development at Ford's European division.

"Obstacle Avoidance can sense that the pedestrian or that object is coming across the front of your vehicle. If it doesn't sense you responding accordingly in your vehicle by braking or manoeuvring, it will take over." 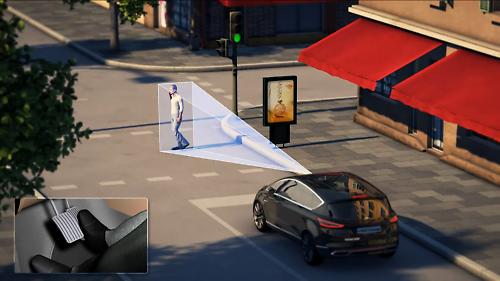 The system is being developed in association with other car makers, including BMW, Fiat, Daimler, Volvo and Volkswagen which means we could begin to see these devices much more widely available. Currently similar systems are available from higher-end manufacturers like Volvo and Mercedes.

Ford already has system that mitigates lower-speed collisions, Active City Stop, but that is limited to detecting static obstacles or an object moving at less than 30km/h relative to the car. Ford says its new system is being tested at speeds over 60km/h.

Some drivers may resist the idea of car taking over but Tim Urquhart, of consultants IHS Automotive told the BBC, “there will be less resistance to a piece of technology like this than there will be to the concept of totally driverless cars.

“Anything that can avoid a potentially dangerous situation that can cause injury or death sounds like a good piece of equipment.”

Ford is also developing a car that will park itself, and while it hasn’t explicitly said there’s overlap between the two systems, it seems likely that some of the same sensors will be used. That should help with acceptance.