BH have released their 2014 range of bikes, and we headed off to see their UK division at the end of last week to check out the key models.

If you don’t know much about BH, they’re based in northern Spain (or the Basque Country, depending on your point of view), and they’ve been making bikes for over a century.

We’ll kick off with BH’s Ultralight race bike (main pic) which we first looked at during this year’s Tour de France – this is one of the bikes used by the Sojasun pro team. 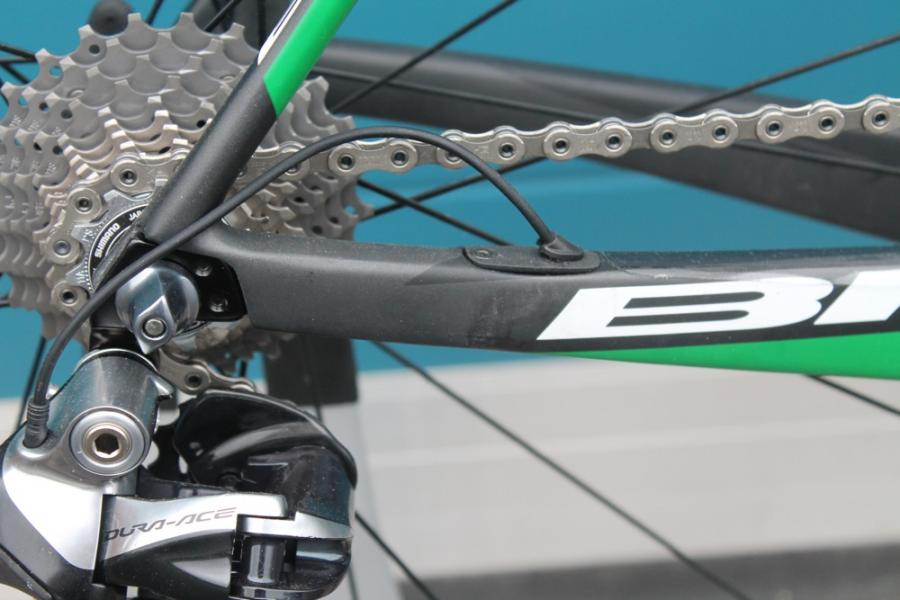 As the name suggests, the Ultralight is designed with weight in mind. BH claim the high-modulus carbon-fibre frame hits the scales at just 747g (we’re not sure which size they’re referring to; presumably the smallest one).

BH were one of the brands who developed the BB386 Evo bottom bracket standard, and they use it across the range of carbon-fibre road bikes you see here. If you don’t know the details (and who can blame you), the bottom bracket is 86.5mm across, giving the engineers the chance to maximise frame stiffness. Check out the diameter of the down tube when viewed from above, for example. That width allows the designers to increase the torsional stiffness for efficient power transfer of while keeping the wall thickness thin, which results in a lighter weight. The BB386 Evo design is also compatible with a huge number of chainset options. 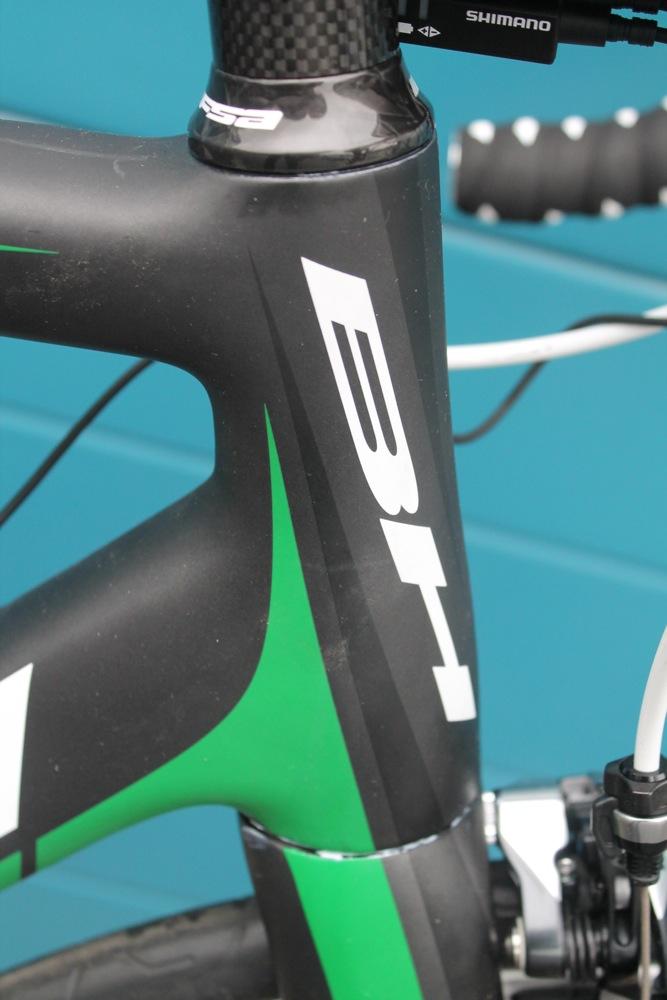 As with most high-performance road bikes these days, BH give the Ultralight a tapered head tube: it flares out to 1 1/2in at the bottom for increased front-end stiffness. The fork that fits in there is full carbon with a claimed weight of 305g.

All of the BH carbon road bikes here are both mechanical and Di2 (electronic shift) compatible. As you can see, this model, the Ultralight 9.6, is built up with Shimano’s top-level Dura-Ace mechanical groupset and wheels. In this guise, it’ll cost you £6,499.90.

The most accessible Ultralight is the Shimano Ultegra-equipped 9.1, which is priced at £3,849.90. Various other high-end Shimano and SRAM builds are available. 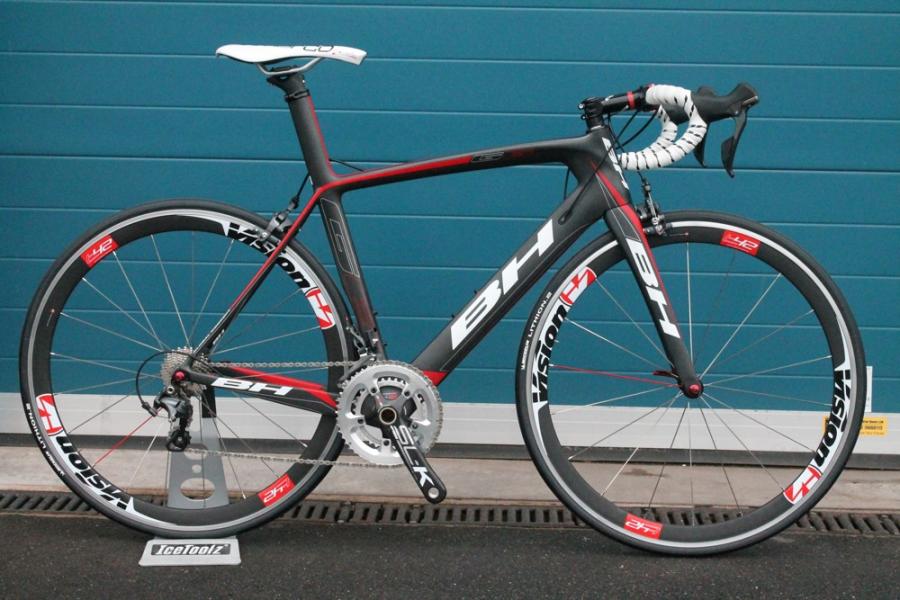 The G6 is another full-on race bike, but whereas the Ultralight is designed to be a climbing specialist, the G6 is more aero. It has a lot in common with the Ultralight in that it’s made from high-modulus carbon fibre, it comes with a BB386 Evo bottom bracket, and it has a tapered head tube, but the frame tubes are shaped very differently, the idea being, of course, to reduce drag. 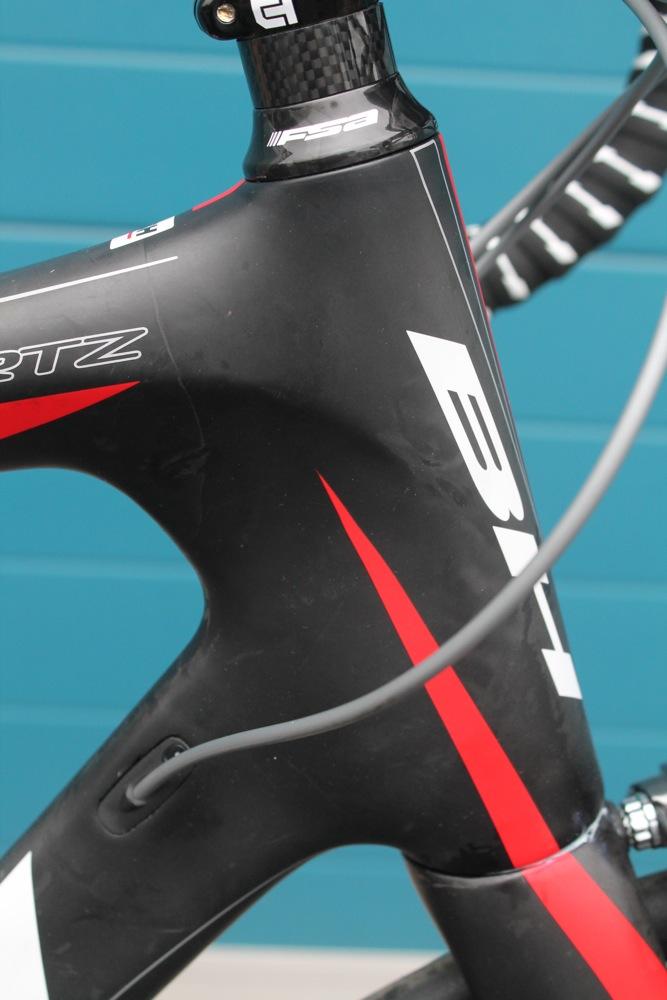 So, for example, the head tube extends rearwards, the down tube has an aero profile, and the seat tube is cutaway around the leading edge of the rear wheel – all features we’ve come to associate with aero road bikes over the past few years. 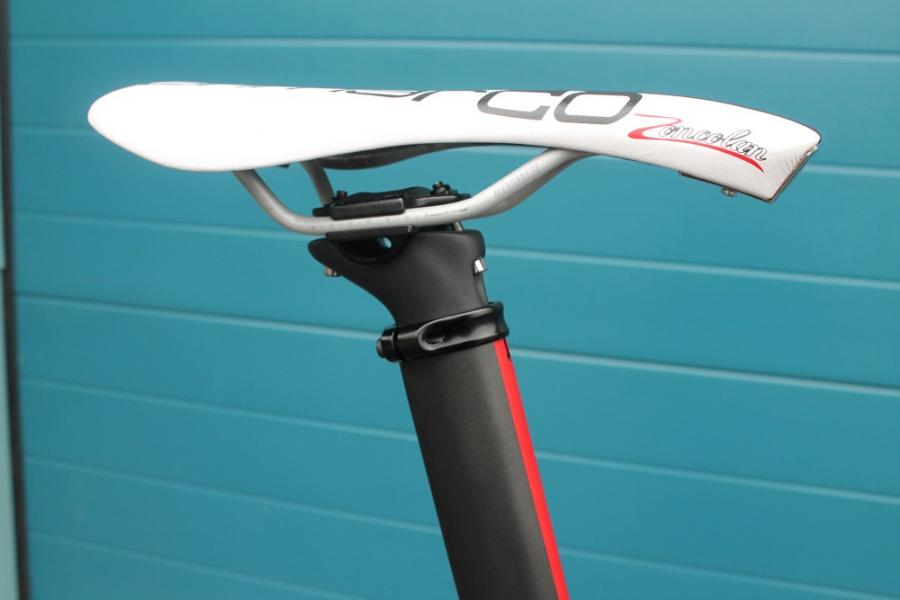 The seat tube is extended well beyond the top tube junction, with a stubby seatpost in there that you can adjust up or down to fine-tune your saddle height.

The range of G6 build options is similar to that of the Ultralight – the top two groupset tiers from Shimano and SRAM. The Shimano Ultegra option shown is the most affordable in the range at £3,299. 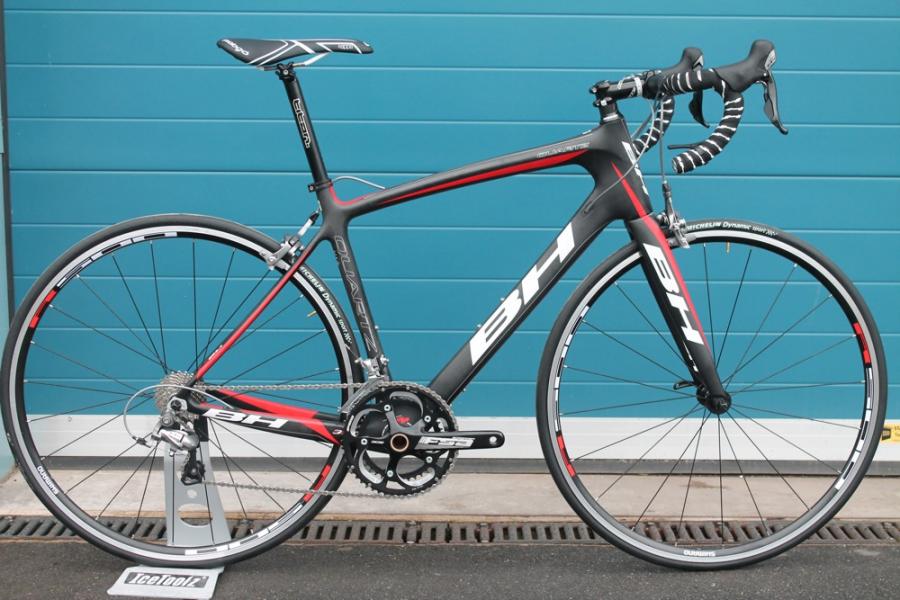 The new Quartz is more of an endurance road bike with a slightly extended head tube over that of the Ultralight and G6 – most brands have at least one of these in the range now. 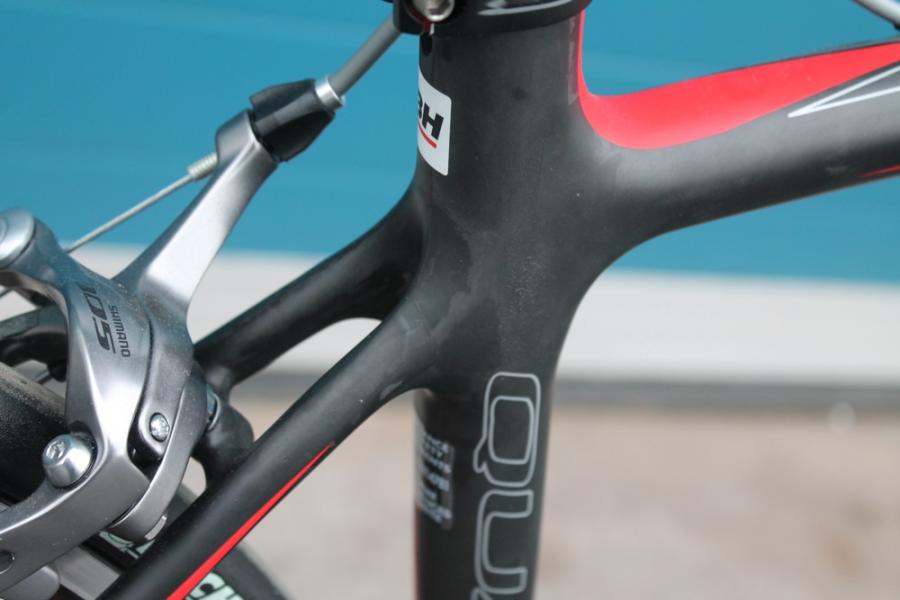 It’s another full high-modulus carbon monocoque – even the dropouts are carbon, as they are on the other top of the line BH frames. The chainstays are asymmetric, which is another feature common to the high end BHs, and the Quartz comes with a BB386 Evo bottom bracket and tapered head tube. That seatpost is a slim 27.2mm, the idea being that it’ll flex a little to improve the ride quality over long rides. 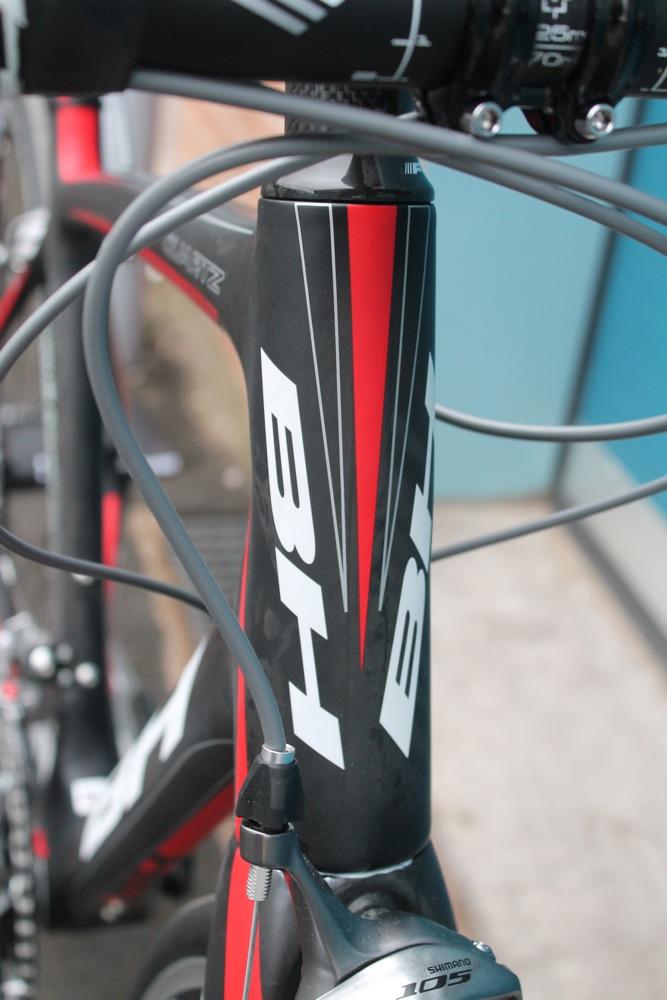 The internal cable guide system is the same as you’ll find on the Ultralight and G6 too, and BH cunningly keep the cables clear of the frame before the entry points, so there’s no rubbing against the carbon. 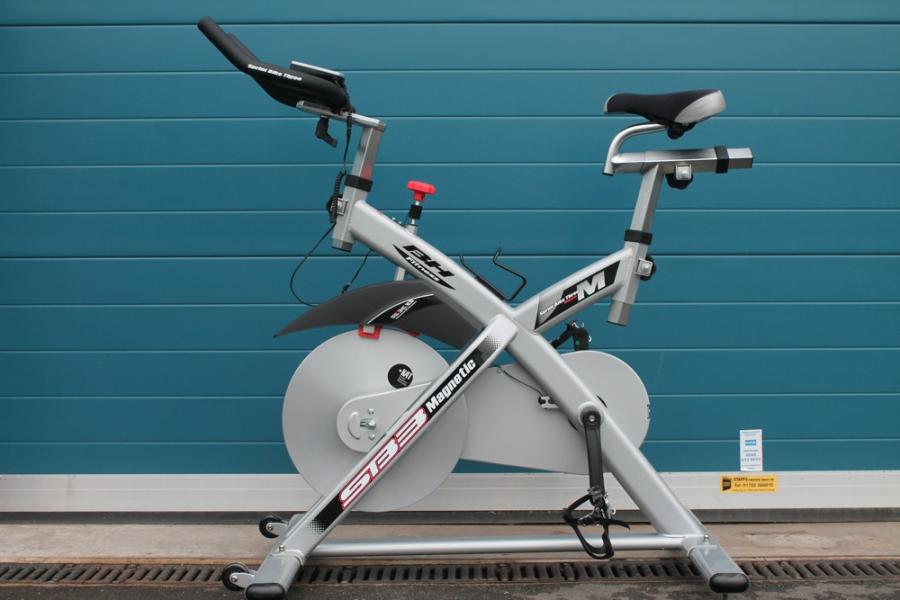 Oh, one other model that’s worth a quick mention is the SB3, a magnetic resistance static bike. Priced at £649, this fixed gear option is actually BH’s biggest seller. It’s a belt drive and it’s pretty much silent in use. You’re not going to disturb anyone else in the room when you’re training on this, never mind the neighbours.

The other bikes that BH showed us were their EasyMotion range which is split between what they call ‘Trekking bikes’ – urban, touring, folders, and so on – and electric bikes. 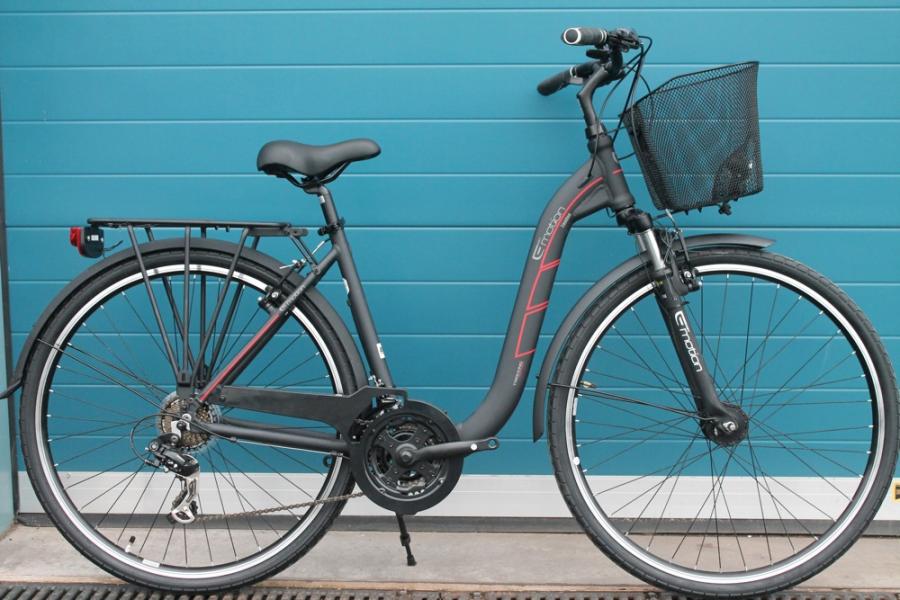 This one, for example, is the London Wave (£469.90) that has about the lowest step-through height you can imagine. It’s a really unusual setup in that it has full mudguards, a basket and rack, and a suspension fork up front. That’s a triple chainset with a 7-speed cassette on the back. 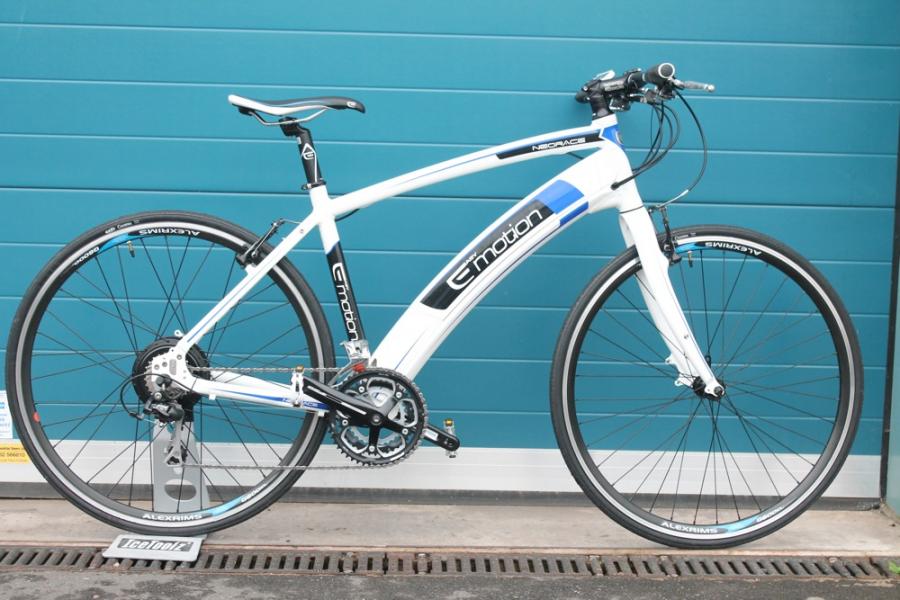 On the eBike side of things, this is the Easy Motion Neo Race (£2,299.90) that has a 350W motor that has been limited to 250W. It’s silent in use. It will take you along very slowly if you don’t pedal (about 6kph) but can really boost your speed when you do put in the effort – you’re still cycling, but you’re going faster than you otherwise would. 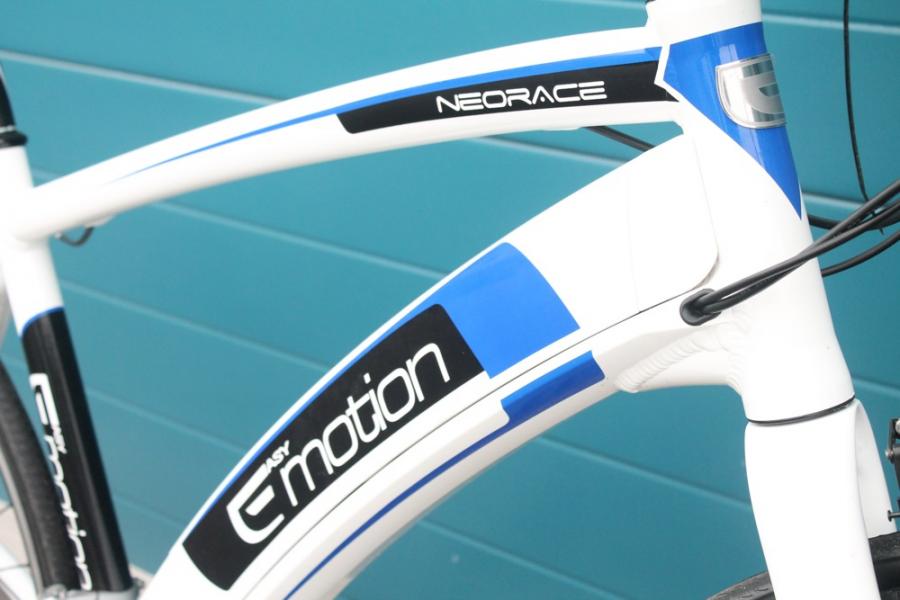 So, say you live 20 miles from work and don’t fancy cycling 40 miles a day, but you still want to get some exercise. Here, you can do the equivalent of cycling just 15 miles, for example, with the motor providing the rest of the energy. You could alter on different days according to the time available and your level of fitness. However you do it, you’re still going to get more exercise than if you took the car. 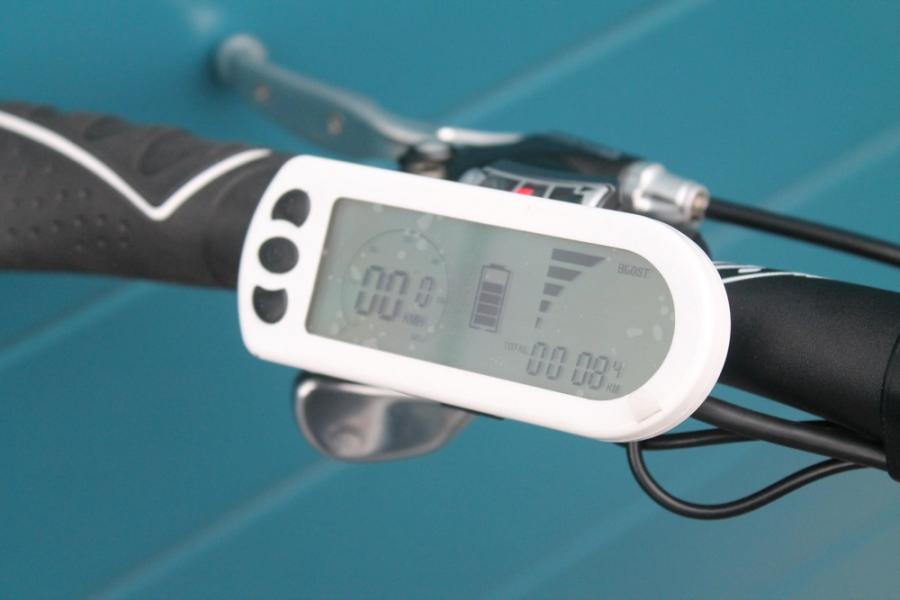 You can switch between modes to determine the level of assistance you get. At the lightest setting, you can get 70% extra power for each turn of the cranks, right up to 300% in the fastest mode. I was sceptical, but it’s a lot of fun. 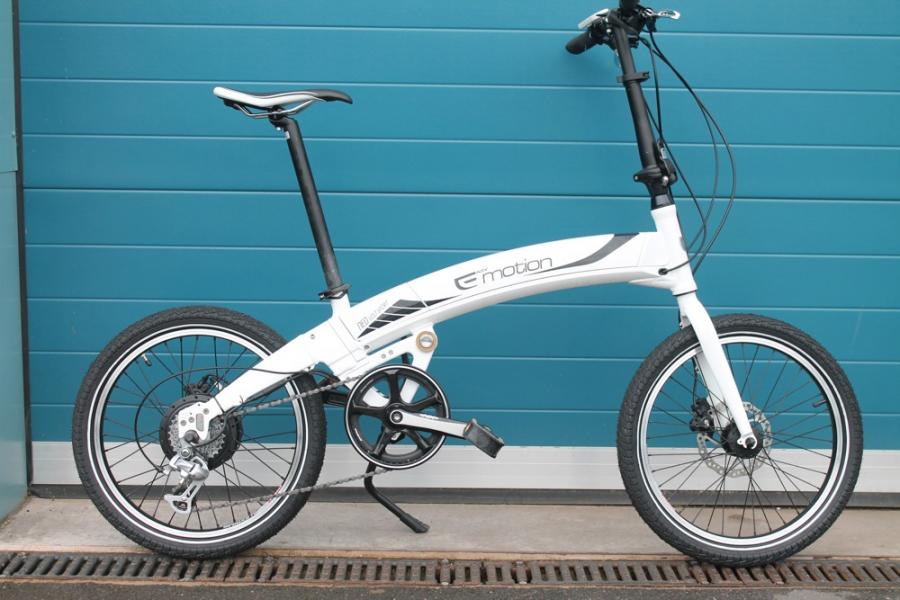 The Neo Volt Sport Lite (£2,199.90) uses similar technology, but this one is foldable. It doesn’t fold down as small as a Brompton, say, but it takes seconds to turn in the various extremities so that it’s small enough to fit into a car boot or carry on an escalator, for example. 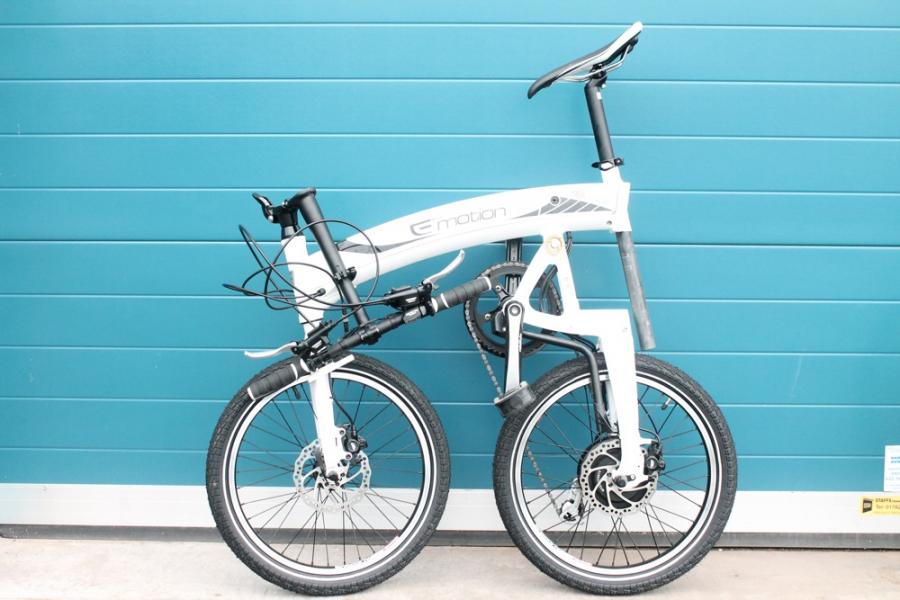 BH provide a lifetime frame warranty against material and manufacturing defects. For more info on the entire range, go to www.bhbikes.co.uk.