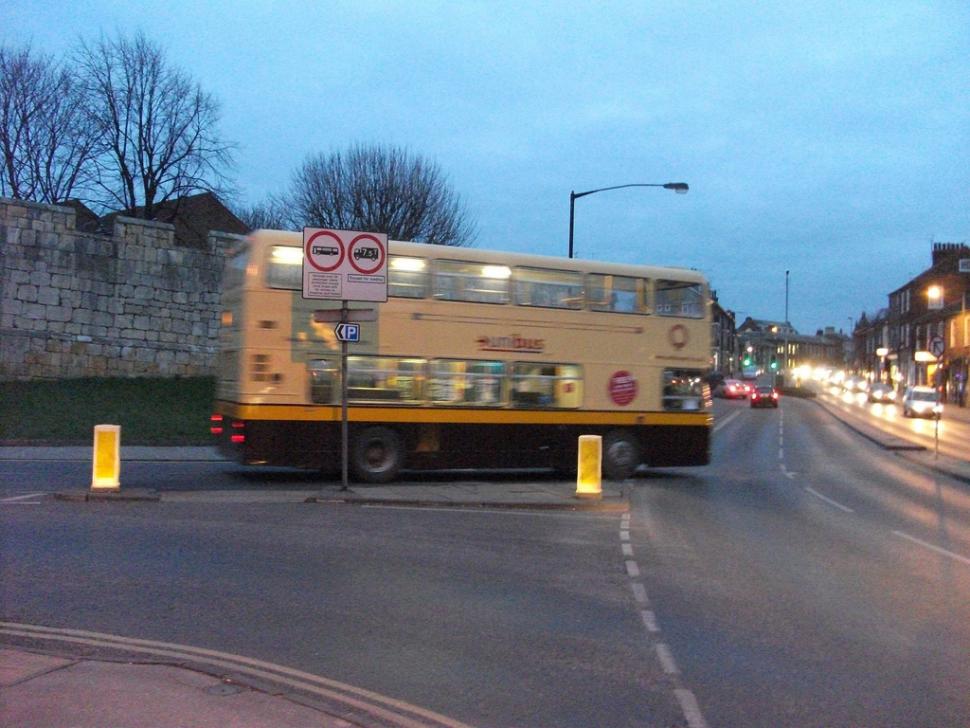 Students in York are to trial a system that uses on-bike transmitters to alert drivers of their proximity, despite a manufacturer of a similar system withdrawing it from the market after doubts were expressed about its effectiveness.

The University of York is installing the Cycle Alert system on its Unibuses and encouraging its students to use the accompanying tags. A sensor in the vehicle detects the tag if it is within two metres and alerts the driver of the rider’s position.

Cycle Alert is aimed at HGVs, which are involved in a disproportionally high number of cyclists deaths and serious injuries, but can be used in other vehicles.

Fiona Macey, the university’s travel plan co-ordinator, said: “We are thrilled to be the first UK city to pioneer the use of Cycle Alert on our university bus fleet.

“The university is committed to promoting sustainable modes of travel. Cycle Alert will be a huge benefit to our cyclists and city-wide.”

However, the London Cycling Campaign has identified a number of problems with systems that rely on vehicles and cyclists to use electronic detection to increase safety.

The LCC’s Charlie Lloyd, himself a former lorry driver and now its expert on improving road safety detailed the problems in an article on LCC’s website back in June.

Mr Lloyd questioned the practicality of fitting enough tags to bikes for the system to be effective, and raised the danger of risk compensatory behaviour by both drivers and cyclists that might even make lorries more dangerous to cyclists.

“The main problem with this device appears to be the logistics of installing devices on potentially millions of bikes in the capital and the UK," Lloyd wrote.

As a result of LCC’s criticism, one manufacturer of tag-based safety systems, Safety Shield Systems, abandoned the cycling implementation of its product.

A representative of Safety Shield Systems met with LCC and afterwards wrote in the comments of Charlie Lloyd’s article: “Following a long discussion, which I found to be very beneficial, we both agreed that fitting cyclists and pedestrians with tags may not be the way forward.

“Even if we were to free issue the tags, which was our aim, there would still be people would choose not to use the tags and drivers of HGVs who would not know if a cyclist was tagged or not. There was also the problem with pedestrians who would again also need to carry a tag!

“We originally adopted this type of system as we have succesfully used the same syatem in the construction industry to avoid collision between plant and site personnel. This has been a success due to the fact that the issue of the tags can easily be policed as everyone entering site is issued with one.

“I agree with LCC that this is not the case with the general public in London.

“We have therefore agreed with LCC to develop a system that only needs to be fitted to the HGV and not the cycle or pedestrian.”

Meanwhile in Manchester, Volvo has loaned Greater Manchester Police one of its V40 cars fitted with the company’s Cyclist Detection System, which scans the area ahead of the car and applies full braking power if it detects an imminent collision.

Selwyn Cooper, Volvo Car UK national corporate operations manager said: “The technology is an integral part of our Vision 2020 that nobody will be killed or seriously injured in a new Volvo by 2020.”

The vehicle is liveried to promote the police’s Operation Grimaldi which in June fined 400 cyclists in the city for ‘dangerous and irresponsible’ cycling.

Joey Grimaldi was a famous 19th century clown; you may make what you will of what that says about Greater Manchester Police’s attitude to cyclists.