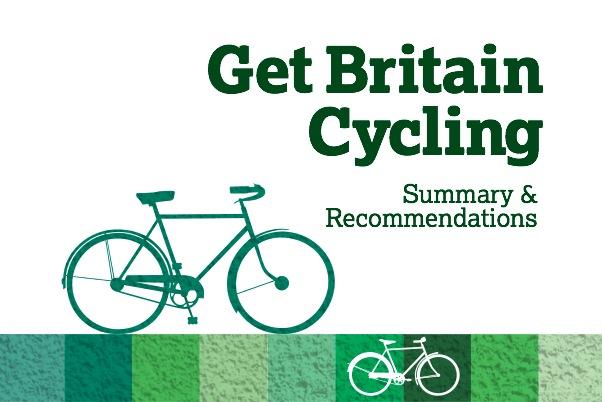 A group of 22 organisations including the Bicycle Association, British Cycling, the London Cycling Campaign and Sustrans have combined to compile a briefing note for MPs ahead of next month’s House of Commons debate on the Get Britain Cycling report, published in April.

To be held on 2 September from 7pm, the debate will address the motion:

That this house supports the recommendations of the All-Party Parliamentary Cycling Group’s report ‘Get Britain Cycling’; endorses the target of 10 per cent of all journeys being by bike by 2025, and 25 per cent by 2050; and calls on the Government to show strong political leadership, including an annual Cycle Action Plan and sustained funding for cycling.

Cycling organisations have been joined in drawing up the briefing note by others that focus on areas such as road safety, transport, public health, social issues and sustainability.

The organisations say: “We all support the motion and wish to see  it incorporated into policy and practice. We want to see further commitment to build on  the Government’s recent announcements of investment in cycling. We therefore urge all MPs to attend the debate, and to vote for the motion.”

They go on to outline the benefits of cycling:

The case for cycling is now irrefutable. Academic research and modelling in all the relevant fields has demonstrated the health, environmental, social and economic benefits achievable by a decisive shift to cycling in national and local policy. Bodies such as Foresight, the National Institute for Health and Care Excellence and the Health Select Committee have given clear endorsement to cycling as a policy priority.

• Environment: cycling is almost zero emission, and a shift from the car also reduces local toxic air pollution and noise.

They then set out how they believe growth in cycling can be achieved:

The recommendations of this multi-disciplinary group of expert bodies are largely based on those in the ‘Get Britain Cycling’ report. We recommend:

Political leadership: the Government should support the ambition for 10% of all trips to be by bike by 2025, and 25% by 2050. It should produce a cross- departmental Cycling Action Plan, with resources committed from all Departments whose objectives it serves, including DH, DfE, DCMS, BIS and DECC.

Investment: a long-term cycling budget of at least £10 per British citizen per year, increasing to £20, in line with more advanced EU countries and with the target percentage of trips.

Legislation and regulation: a statutory duty to make high quality provision for cyclists, as in the Active Travel (Wales) Bill, and to design cycling into all road schemes. Improve official design guidance and update regulations to make cycling provision easier.

Road safety and law enforcement: make 20 mph speed limits the norm where people live, work and shop. Improve HGV safety and limit use of HGVs on busy streets at the busiest times. Strengthen the enforcement of road traffic law, including speed limits, and ensure that driving offences – especially those resulting in death or injury – are treated sufficiently seriously by police, prosecutors and judges.

Cycle training: on the curriculum at all schools.

The debate takes place on the first day back after Parliament’s summer recess, and CTC is urging people to contact their MP to ask them to attend and back the findings of the report, which followed a six-week inquiry hosted by the All Party Parliamentary Cycling Group.

CTC has drawn up an email template to enable you to contact your MP, and you can customise the content as you see fit. You can find that template here.