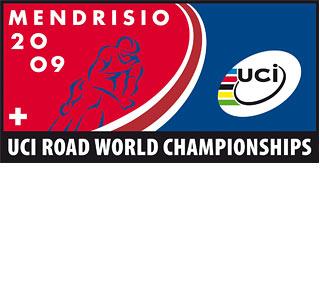 A disappointing season ended on a superb high note for Cadel Evans in Switzerland today, when the Australian powered away from the rest of the day's decisive break at the foot of the final climb of an exhausting 262-kilometre ride to become the first ever Australian to take the world title and the 2009 season on a high by claiming the rainbow jersey.

The win has a double significance for the 32-year-old Silence-Lotto rider, who lives in this very part of Switzerland with his Italian wife, Chiara, during the European season, and who will now defend his title next year in Geelong, his home town back in Australia.

The Russian Alexandr Kolobnev, runner-up in Stuttgart two years ago, was second and Joaquin Rodriguez of Spain third. Home favourite Fabian Cancellara finished fifth just behind OLympic Champion Samuel Sanchez as they closed on Kolobnev and Rodriguez. It was Cancellara who instigated the final dramatic moves of the day, forcing the pace to chase down Alexander Vinokourov on the final lap and relentlessly attacking the rest of the leading group. At one point he looked to have ridden them off his wheel, but the three Spanish riders in the break, Sanchez, Valverde and Rodriguez, in particular refused to be shaken off.

At the bottom of the penultimate descent the group were all back together sweeping through a section of dual carriageway on the outside lanes when Rodriguez spotted a gap in the central reservation and nipped through to instantly give himself a lead on the other – the only rider to follow him was Evans and Kolobnev soon bridged across too, leaving Cancellara and the rest gapped. With 4Km to go Evans went for it and the others could not respond.

Top British finisher was Steve Cummins in 52nd place with Roger Hammond coming in another 40 places back on him. The rest of the British team failed to complete the course, with team leader David Millar abandoning two laps from the end, presumably suffering the effects of a crash in the early stages of the race.