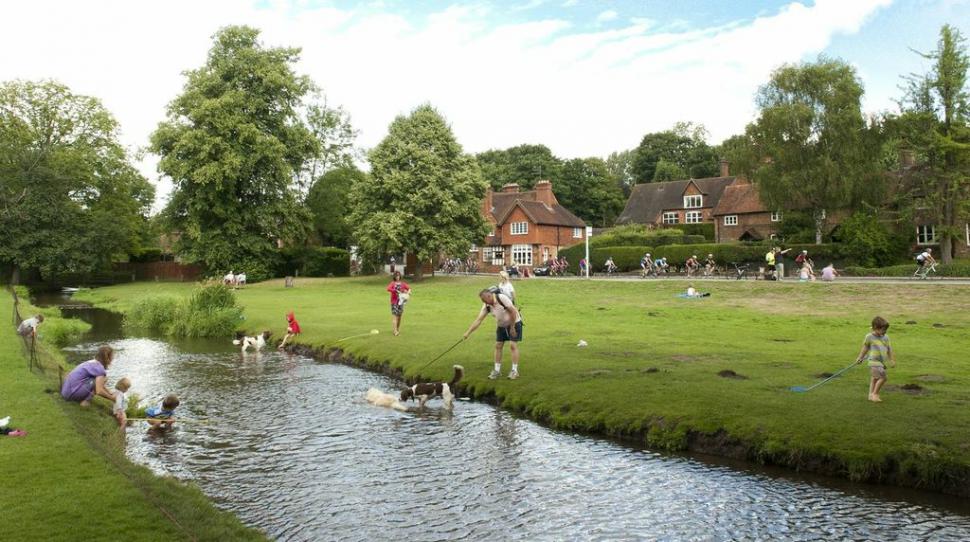 “No one has consulted me," says clay-pigeon biz owner, complaining about noisy "lycra louts" with RideLondon in his sights...
by John Stevenson

A Surrey resident has launched a campaign demanding that the county council not run closed-road events such as the RideLondon 100 sportive, which, he says, turns Surrey roads into a “cycle track”.

An online petition, Stop Surrey Being Turned Into a Cycle Track, was launched by Ian Huggins, 68, from Esher four days before the August 3 RideLondon-Surrey 100. Two weeks later it has garnered 826 signatures. In 2011 the population of Surrey was estimated to be 1,135,500.

Mr Higgins’ primary concern appears to be the effect on local businesses, including his own weekend clay pigeon shooting set-up. He also complained that "lycra louts" rode the route in advance of the event, making lots of noise.

In a story on GetSurrey.com several other residents voice their objections to the event. They accuse Surrey County Council and the RideLondon organisers of running the event without public consultation and without formal assessment of the impact on individuals and businesses.

Council and organisers were “riding roughshod” over those affected by turning the ride into an annual event, said one objector, Ian Mason, 59, from West Byfleet.

Former county councillor Ian Lake said: “I am incensed by the whole thing. The consultation has been poor, it is a vanity project.”

“People didn’t really mind last year when it was the Olympics and roads were only closed for a short time. This year, the barriers have been up for the last few days and caused a huge amount of inconvenience.”

A spokesman for Surrey County Council told GetSurrey: “We’ve been working with the organisers to ensure everything is done to minimise disruption, with the help of leaflets, drop-in events and the GoSurrey.info website, and to make sure vulnerable people are looked after and emergency services aren’t hampered.”

Event organiser Hugh Brasher of London Marathon Limited was unavailable for comment at the time of writing, but his office have has said he will respond as soon as he’s able.

Apart from the obvious dangers to cyclists,Surrey roads are not suitable.Surrey County Council have, without consultation,decided it would be a great idea to use Surrey as a race track. This in it's self is a thoughtless act but far more importantly residents and numerous businesses are being effected by road closures. This prevents residents of Surrey from leaving their own property and going about their normal business. The road closures were a necessary inconvenience during the Olympic Games but now it looks like Surrey County Council are to make this an annual event. This is all very well but residents of Surrey are pestered and annoyed by cyclists ( practising months in advance of the event ) who ride the route in very large numbers from very early in the morning shouting at each other (have you tried talking whilst riding your bike?) and riding in large groups sometimes three and four abreast or in strings of riders making it virtually impossible for the poor old motorist, many of whom are elderly, to overtake.Traffic violations are common and it is only a matter of time before there is a major accident with the possibility of the loss of life. It will of course be the motorists fault. Have Surrey County Council considered the number of heavy goods vehicles using the roads. The route chosen is all enclosing and no provision has been made for vehicular crossing points. So to facilitate a bike ride many Surrey residents are to be confined to their homes from 5 am until 9 pm.

The popularity of the Surrey hills with cyclists has become a source of complaints for locals in the last couple of years. In July Councillor David Preedy told the BBC that local councils were exploring ways in which events could be regulated.

Councillor Preedy, who leads the Lib-Dem group on Mole Valley District Council, said the main problem was the “sheer number” of cyclists.

“Every weekend there are hundreds and hundreds of cyclists and then on top of that, big organised events,” he said. “The pressure on residents is just getting too much, they’re feeling imprisoned, they can’t get out.

“A lot of them, particularly in Box Hill, are older people who feel intimidated driving through large numbers of cyclists.”

In April, Mark Davis, chief executive of Vachery Triathlon organiser Brave Events, said that a meeting he called to discuss road closures for the event was hijacked by protesters.

He alleged he was threatened outside and said others there reported incidents to the police - despite the council agreeing to the road closures. He also said that the event would bring £10 million to the local economy over the next three years.

Mr Davis said: “How many events bring top sports people and that sort of money into the area? You can’t believe how selfish people are because they don’t like cycling. Nobody is going to be trapped. People aren’t going to be stranded on an island.”

Brave Events subsequently changed the event to have partially-closed rather than fully-closed roads.

Fortunately, not everyone in Surrey fails to recognise the money visiting cyclists spend in the local economy. In July, the National Trust painted three logos on the Box Hill climb, reading  ‘I love cycling’; ‘I love amazing views’; and ‘I love tea and cakes’. 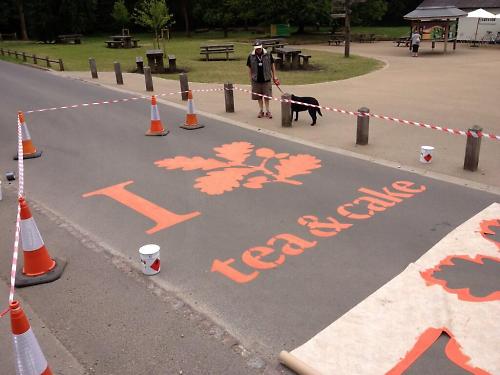