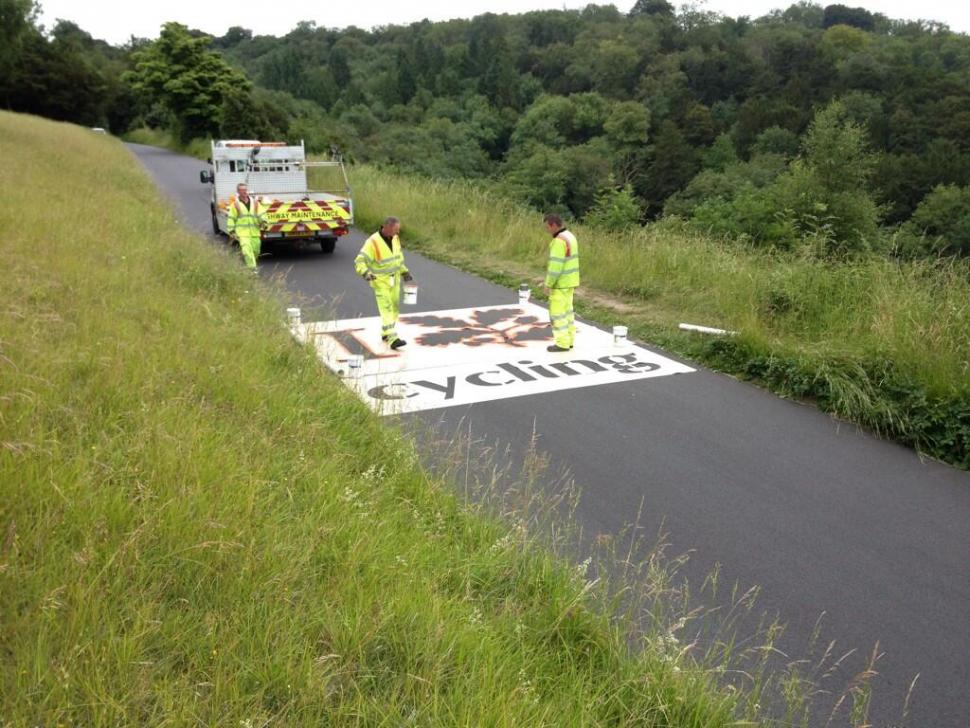 The National Trust loves cycling - and they've painted Box Hill to prove it (well, the road)

'I love cycling,' 'I love amazing views,' and 'I love tea and cakes' greet riders on climb of Surrey beauty spot...
by Simon_MacMichael

Some locals may be unhappy with the number of cyclists taking to Box Hill in Surrey, but the beauty spot’s owners, the National Trust, are embracing riders with open arms – and cycling features on one of three new graphics painted on the climb of Zig Zag Road that featured in last year’s Olympic road races.

The road was closed yesterday as workers ‘rebranded’ it with three stencilled designs that play on the ‘I [heart] NY’ etc theme, with the heart replaced by the National Trust’s oakleaf symbol.

One of those, pictured above, is ‘I love cycling,’ while the other two also have a connection of sorts with bike riding; ‘I love amazing views’ – one of the rewards for suffering up a climb – and ‘I love tea and cakes,’ which needs no further explanation. 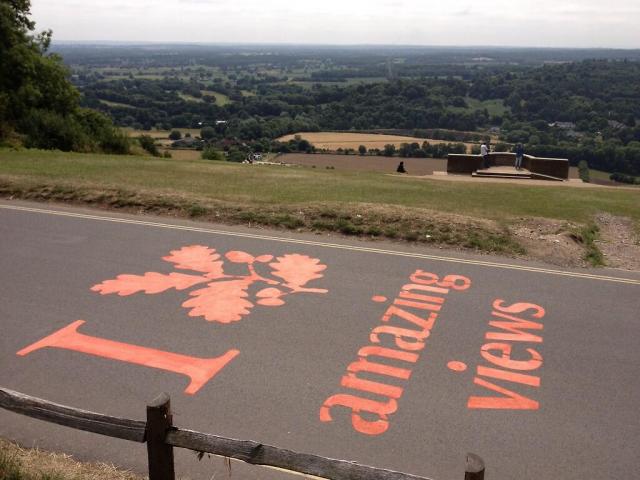 The road already has messages painted on it, many cheering on Team GB’s cyclists during the Olympics, and National Trust countryside manager Andrew Wright confirmed on Twitter yesterday, “Those Olympic messages will stay there as long as I am managing Box Hill!”

He added that the logos had only been stenciled on straight stretches of the road, and that the orange paint that has been used is non-slip. 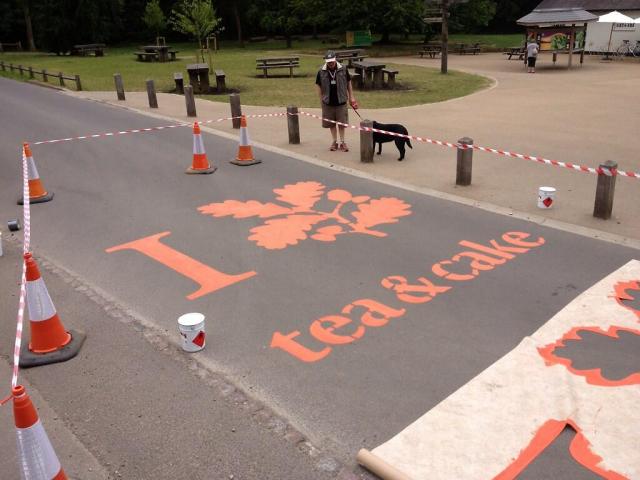 The first piece of road art that adorned Box Hill was less tasteful than the latest creations – in May last year, shortly after the climb was resurfaced, a crude outline of what was unmistakably a depiction of a penis was spray painted on it.

With thanks to Andrew Wright of the National Trust for permission to use his photos.