For 2014 Kona have expanded their range with a new entry-level carbon road bike and an aluminium model, plus there's the Rove Ti gravel racer/do-everything bike, and updated frames for both the Sutra and the Major Jake cyclocross bikes. 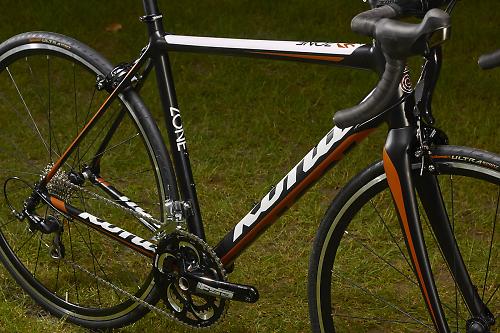 The new alloy Zone sits alongside their two carbon Zone models, all of which are aimed at the endurance cateogory. That’s a bike designed for longer rides where comfort is a priority, with such geometry changes as longer wheelbases for more stability and taller head tubes common features. The Zone has a frame made from 6069 alloy with the same geometry as the carbon version, with a carbon fibre fork and tapered steerer tube. It's a very nicely finished frame with very smooth welds, it almost looks like a carbon frame from a distance. 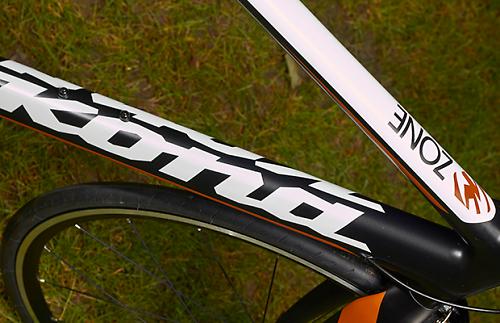 There’s hidden mudguard eyelets so it’s the perfect candidate for commuting or a winter training bike. Without mudguards there’s space for 32mm tyres. The rear brake and gear cables are routed internally. It’s decked out with Shimano 105 parts and an FSA Gossamer Compact 50/34 chainset. That paired with a 12-27t cassette will assist on steep climbs. Step up to the Zing Deluxe if you want a carbon frame. The frame is a collaboration between Deda and Kona, with the front triangle a stock Deda section and the rear triangle to Kona's own design. 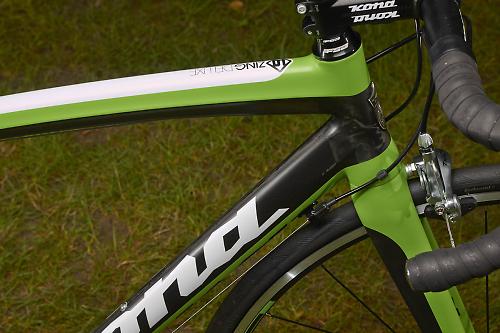 It has a tapered head tube and integrated headset, and spines on the chainstays and seatstays are claimed to increase lateral stiffness and increase compliance, so it’s comfy and stiff all at the same time. 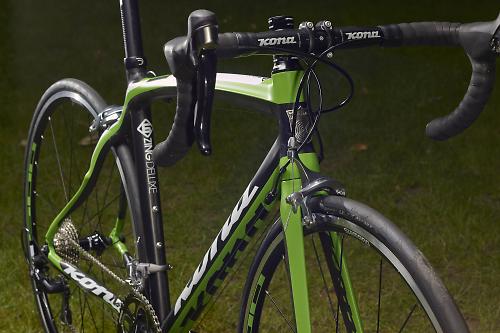 The Major Jake (£3,299) cyclocross bike has been updated, with a new disc-only carbon fibre frame. They say they’ve retained the essence of the previous bike but have made it stiffer, with fatter chainstays to reduce unwanted flex when getting on the power after remounting over a hurdle. A bit of comfort doesn’t go amiss in cyclocross racing, or general ‘cross riding for that matter, so Kona have made the seat stays skinnier to allow a little bit of compliance. 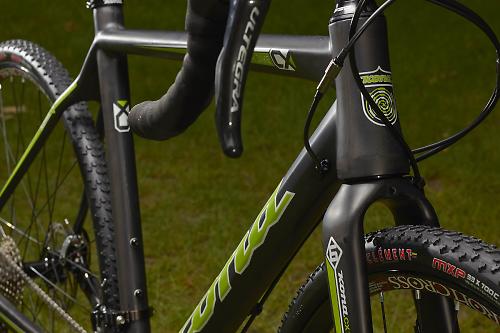 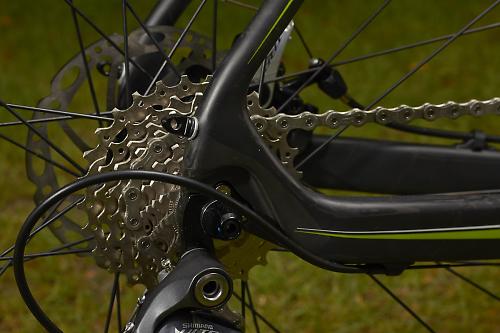 To increase the versatilty of the bike, they’ve added hidden mudguard eyelets and there’s two bottle cage mounts, so should you have your eye on some adventure ‘cross or gravel racing, or just exploring bridleways in your neck of the woods, the Major Jake is good to go. 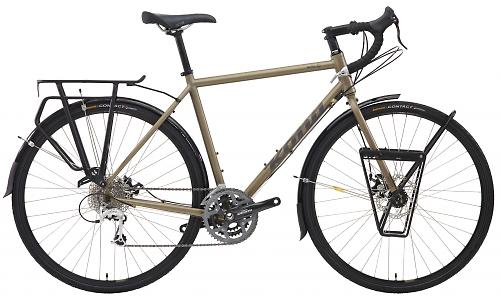 The Sutra (£1,199), a bike built for long tours in the countryside or cruising through the Italian hills, has an updated frame that has a blend of aspects from the Rove and the previous Sutra. It comes specced with Blackburn racks, mudguards and bar-end shifters.  A 44mm head tube increases stiffness at the front and takes their own steel fork. It’s specced with a Shimano mountain bike SLX/Deove groupset with a triple chainset and nine-speed cassette, and Hayes CX Expert mechanical disc brakes. 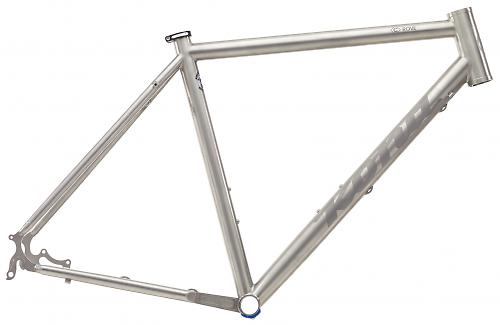 Kona have released the new Ti Rove (£1,549), gravel grinder frame. Gravel racing has become extremely popular in the States in recent years, though with our lack of gravel roads in the UK it hasn’t really caught on over here. Yet. We had a sneak peek at this new model earlier in the year, and our Dave has been particularly taken with it. It has cyclocross-inspired geometry with a lower bottom bracket, and with similar clearance for fat tyres and fitted with disc brakes, it’s the ideal do-everything bike. If you like a bit of off-road but don’t want a mountain bike, this is the sort of bike for you. 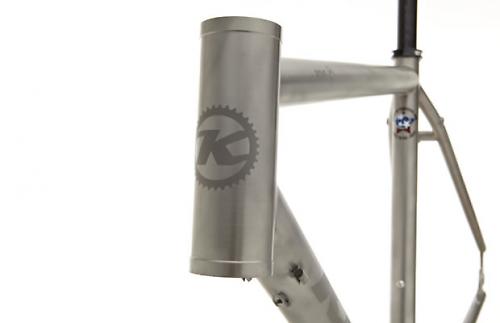 "The Rove came from the commuting and CX stable, rather than from the road," Kona's Doug Lafavor told us. "Most of the stuff that we do is driven by our inside guys. We tend to build a lot of stuff that we're into. Gravel racing is big in the states right now and there are some races in europe too. For me, I spend some of the summer water-skiing at some fairly remote lakes and the mountain biking's not great, more doubletrack and gravel roads that the guys use to get to fishing lakes. They surface them with tar and aggregate, so at the end of the pave job it's nice and smooth, you can ride on the tar. But when it's new it's pretty punishing. On a mountain bike it's fine. But this is gonna be faster. And it'll get me to those areas faster." 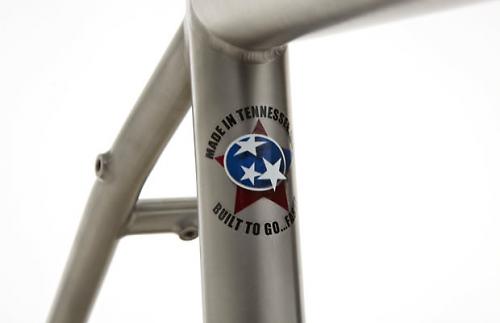 The frame is made US by Lynskey from 3Al/2.5V Titanium, with a 44mm head tube so it’ll take any fork.

More on the Kona 2014 range at www.konaworld.com