Focus Bikes have updated their flagship road race and time trial bikes, focusing on reducing weight and maintaining stiffness, through the use of revised carbon layups and new tube shapes. The new Izalco Max drops down to 725g for a size 54 and the Chrono Max TT bike gets a complete new frontend and handlebar.

The Izalco has been in the company’s range for a few years and while it's been tweaked and updated in that time, it has never been the lightest frame. That's no longer the case, with a size 54 frame weighing a claimed 725g, and new 295g fork, putting it right alongside some of the lightest bikes currently available. These weight reductions have been achieved through the use of straighter and smaller diameter tubes, and also reducing the number of carbon fibre layers used in the construction. There’s hollow carbon dropouts to further lower the weight. 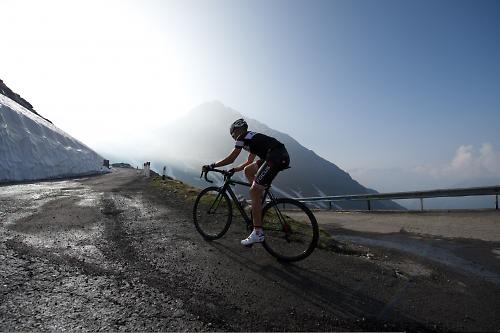 Despite the drop in weight, Focus say they’ve retained the stiffness of the previous model by optimising the layup of the carbon, reducing the the number of overlapping carbon layers and using oversized straight profile chainstays. The new Boost Box is a box shaped head tube to increase stiffness at the front, paired with a tapered steerer tube (1 1/8” to 1 1/4”).

Unlike the previous model, the cables are now routed externally, which saves weight compared to the previous design where channels were integrated into the tube walls. It also makes servicing easier. The bottom bracket is a PressFit 30. As with the previous model, Stable Stiffness Per Size (SSPS) sees the use of size specific tube diameters to optimise the stiffness for each of the sizes they offer, of which there’s seven sizes from 48 to 61cm. The smallest size weighs a claimed 650g and the largest 825g. 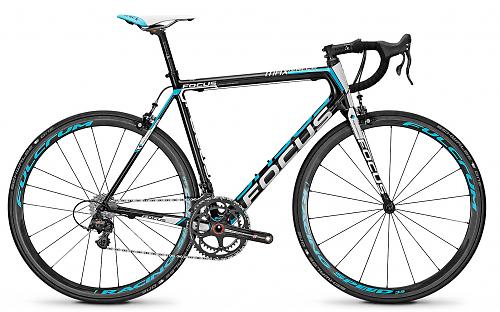 The top specced Izalco Max 0.0 weighs a claimed 5.4kg for a size 54, built up with SRAM Red 11, DT Swiss RRC carbon wheels and Schwable One tubular tyres and THM Fibula carbon brakes. The cost? Well that’s €8,999. The range will start with the €4,999 Max 3.0, with a SRAM Red groupset, Fulcrum Racing Zero wheels and Fizik bars, seatpost, stem and saddle, with a 6.2kg weight. There’ll be an AG2R replica bike as well.

The dramatic redesign of the new Chrono Max has resulted in a 30% lighter than the bike it replaces, along with a new integrated steering assembly and concealed brake calipers. While the weight decrease grabs the headline, they’ve also worked hard on making the Chrono more aerodynamic. They’re still working with renowned aerodynamicist Andreas Walser, who was responsible for the previous Chrono. He’s been designing and building some of the most aero frames over the last ten years, and Focus have tapped into his expertise for this new incarnation of the Chrono.

The tube profiles have been created to smooth airflow over and around them, with narrower frontal areas and a smooth straight top tube. The aero seat tube is met halfway down by the widely spaced seat stays, which look very similar to those on the new Merida. 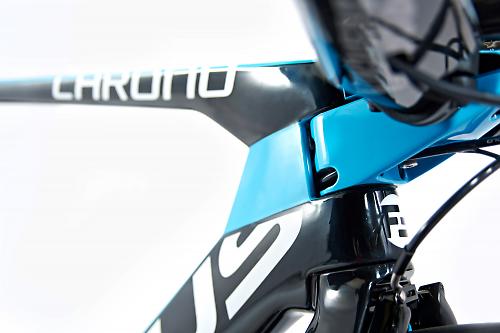 Like most other modern time trial bikes, Focus have updated the Chrono with an integrated stem that creates a much more aero front section. They’ve designed their own aero stem which allows for multiple positions to get the correct fit.

The deep bladed fork incorporates the new mini V-Brake, which sits into a recess in the front. The rear brake is tucked away down under the bottom bracket, attached to the chainstays. The fork has wide spaced legs to allow the air to flow cleanly between the wheel and fork blades. Cables have been routed internally to keep the air flowing over the frame uninterrupted, and is compatible with mechanical and electronic groupsets. The seat post clamp is concealed inside the top tube and secures the aero post in place. The seatpost is fully adjustable and allows a range of a seat tube angles between 75 to 79 degrees. And of course all cables are routed internally. A PressFit 30 bottom bracket is used. 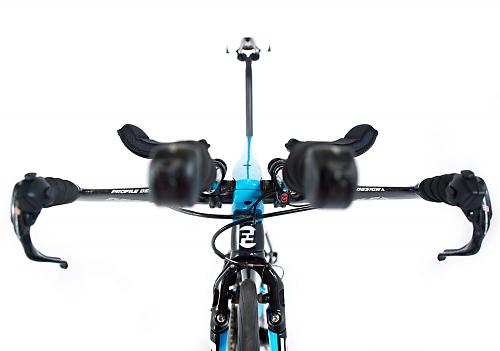 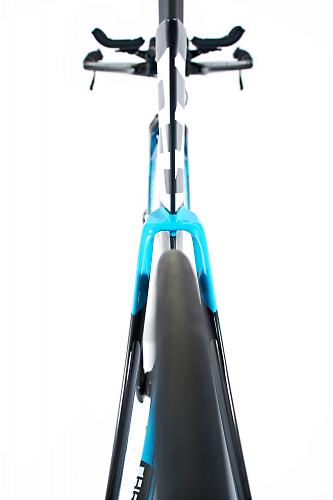 The frame will be offered in four sizes, 52 to 58cm. Complete bike prices start from 6,999 and rise to 8,999. We’ve no confirmation of UK prices yet, but we’ll update this article as soon as we get them.