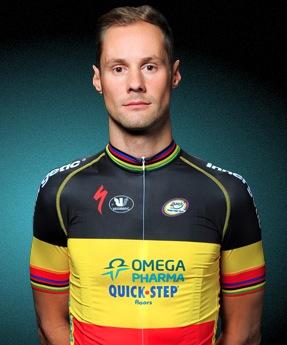 Tom Boonen hasn’t had the best year so far, battling back from injury only to crash out of the Tour of Flanders, but being off the bike could be the least of his worries with reports in Belgium saying that the Omega Pharma-Quick Step rider is under investigation for alleged tax evasion.

According to the newspaper De Tijd, the 32-year-old is among a number of people connected with professional cycling that are being investigated by a judge based in Kortrijk, along with his manager at Omega Pharma-Quick Step, Patrick Lefevre.

It adds that RadioShack Leopard general manager, Dirk Demol, is involved in a separate investigation.

De Tijd says that in Boonen’s case, the investigation revolves around an apparent under-declaration of his income to the Belgian authorities for what are described as “tax optimisation” purposes during the period he was a resident of Monaco – home to a number of leading pros – from 2005 to 2012.

Boonen’s manager gave no comment to De Tijd, reports the newspaper, while Lefevre confirmed that the team had forwarded documents relating to Boonen and team mate Gert Steegmans to investigators.

Lefevre pointed out that in 2009 he had provided documentation relating to Paolo Bettini to the Italian authorities – the former world champion was being investigated for allegedly claiming to be resident in Monaco but actually resident in Italy – but that no charges had ever been brought.

Separately, Demol is under investigation for allegedly defrauding the Belgian tax authorities, knowingly or unknowingly, with the help of his accountant, Jan Vandenabeele.

Demol, winner of Paris-Roubaix in 1988, who is currently working at the Tour of Italy, confirmed he was a client of Vandenabeele but insists everything was above board.