We’ve been riding the brand new Bianchi Infinito CV bike on the Paris-Roubaix cobbles this morning and we’re impressed by the smoothness of the ride.

We told you yesterday about the key design features of the Infinito CV. To recap very briefly, Bianchi have used CounterVail Vibration Cancelling Composite Technology to smooth vibration from the road. CounterVail isn’t the raw material, as such, it’s the way the carbon is made. CounterVail is constructed so that it allows a degree of shear and it’s this, according to Bianchi, that’s key to the Infinito CV. Go to that previous story for all the tech details. Today, we got the chance to ride the bike across the pavé. We rode the final five or six cobbled sections of the Hell of the North, including Carrefour de l’Arbre, ending up at Roubaix Velodrome where the pros will finish on Sunday. Then we rode back to the hotel, clocking up just over two hours on the bike.

Initial impressions are that this is a really smooth bike. On the Tarmac it feels mega-smooth with very little vibration. I noticed this most at the front end of the bike; there’s a marked absence of buzz coming up through the fork and into the handlebars. I’d really like to ride the Infinito CV on familiar roads to get an accurate picture of its characteristics, but that’s not how First Rides usually work. We get invited to a launch, hear about the new product, then ride it on the local roads, wherever they might be like, so it can be tricky to give categorical impressions.

The Infinito CV’s nature is also obvious on the cobbles. I’ve ridden the cobbles quite a lot and this bike copes with them well. My strategy when faced with cobbles is to stay seated, allow the handlebar to move within my grip (rather than going for a white-knuckle hold), and go hard. 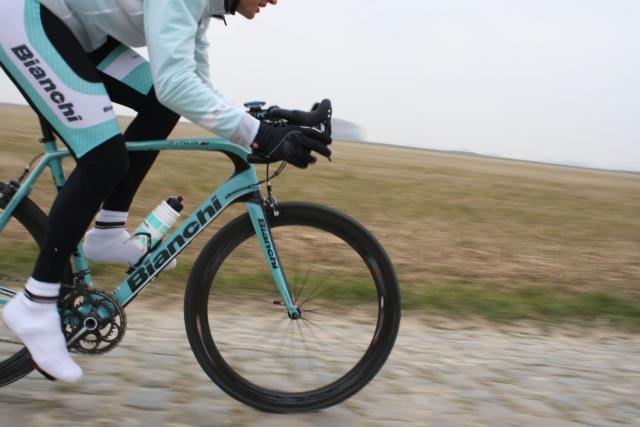 Nine times out of 10, I decide on my gear for each section of pavé before the start and stick with it unless my quads catch fire and I absolutely have to shift down. Performing a fairly precise movement like changing gear when you’re riding at 20-odd miles per hour and the cobbles are trying to buck you off really isn’t all that easy. It’s usually possible, but you don’t really want to do it unless you have to (if you’ve never ridden pavé and think I’m exaggerating, give it a go). 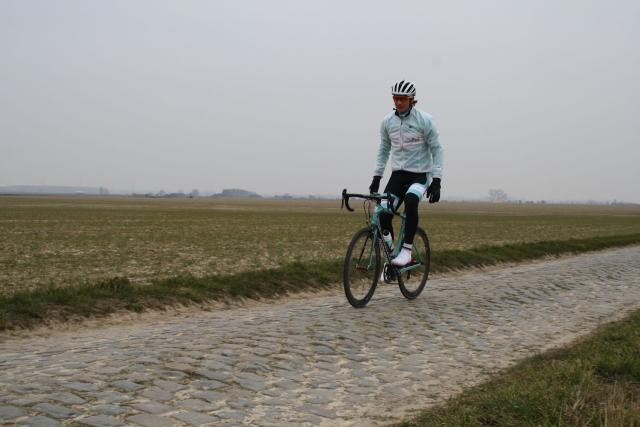 Anyway, I was pretty happy shifting up and down the block on the Infinito CV. It’s nothing like changing gear on the road when you don’t give it a second thought, but it’s a question of degree here. I just felt a little less shaken about and a little more in control on the Infinito CV than I have on previous rides across the cobbles - just a bit less buzz. 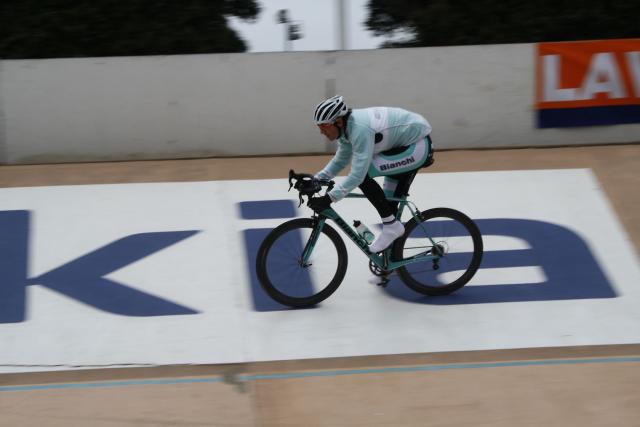 I should make clear that the job the CounterVail does isn't to cope with the big hits - they still come thick and fast over the cobbles - but to deal with the vibration. You're not isolated from the road like you are on a bike with suspension, for example, or anything like it. It's the high-frequency stuff that the bike seems to filter out. Our fairly short ride was really positive.

Long ride comfort? Not sure. Two hours isn’t long enough for me to get a proper gauge on that. Plus, we have to catch the Eurostar back to Blighty, so that’ll have to be all for now.