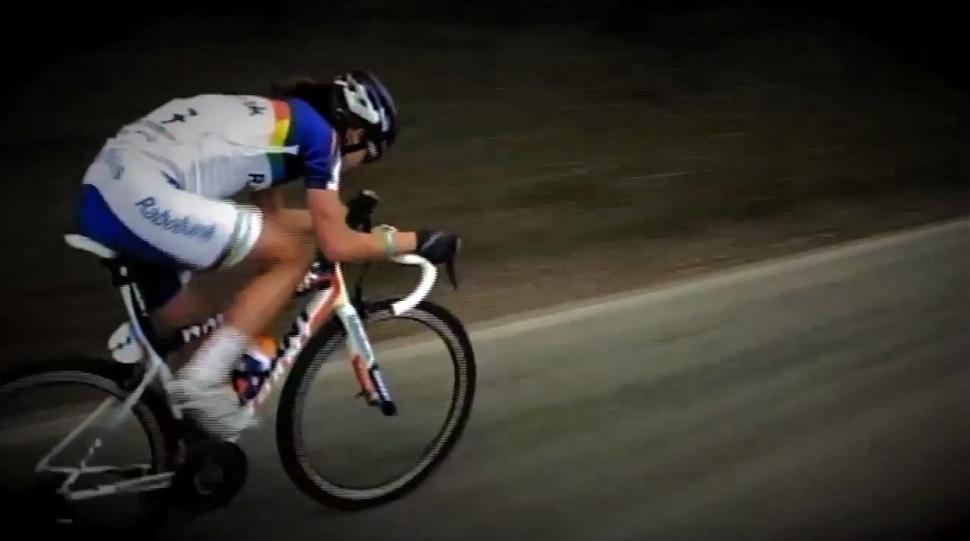 No race is complete without an epic promo these days... and it's not just the men's races that are doing them...
by Simon_MacMichael

No race seems complete these days without a suitably epic promo video, and arguably no-one does it better than RCS Sport, organiser of races including the Giro d'Italia, Tirreno-Adriatico and Milan-San Remo. But Italy's women's races are now giving the men a run for their money, with a couple of cracking videos released in recent days.

First up, here's the trailer for Sunday's UCI World Cup race, the Trofeo Binda, held on a course that rises up from the eastern shores of Lake Maggiore to the mountains above. If you can get past the potentially migraine-inducing opening sequence - if the zooming in and out doesn't get your head thumping, the drums will - there's some terrific footage from Marianne Vos's victory last year, accompanied by the now-obligatory stirring backing music. Nice to see the video editor found the vignette slider and wasn't afraid to use it.

Next up, here's the promo video for the Giro Donne. It was touch and go whether the race would go ahead in 2013, but thankfully it's been rescued so Marianne Vos - who else? - will be able to defend her title when it starts at the end of June. The music takes a while to build this time, but fear not, that choir kicks in again towards the end.

And just as a counterpoint to all that stirring choral music, here's the official anthem (really) for the 2011 Giro Donne - a piece of infectiously tap-your-foot-along Europop, courtesy of multitalented Milan-based female duo Bastian Contrari and featuring Irene Viboras on vocals. Not the best quality video, sadly, but we like it.

You can find lots more videos on the Giro Donne on the race's YouTube channel.