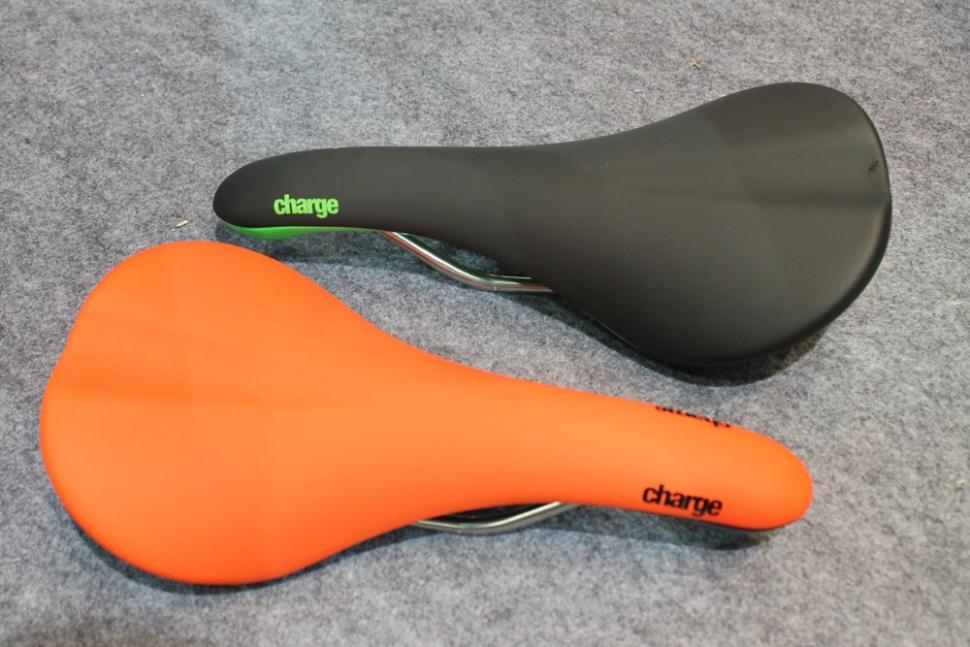 Charge are launching a new Scoop saddle with new technology, a very flexible base, and a distinctive look, and they reckon it’s super-comfortable.

We were just strolling around the halls of Taipei Cycle this afternoon and bumped into Charge’s Nick Larson. Lucky we did, because Nick was secreting new saddles about his person. The Scoop – as ever with Charge, it’s named after something you’ll find in the kitchen (you’ll know they’re running out of names when they call something the Manky Dishcloth) – comes with a really flexible base made from plastic/nylon. 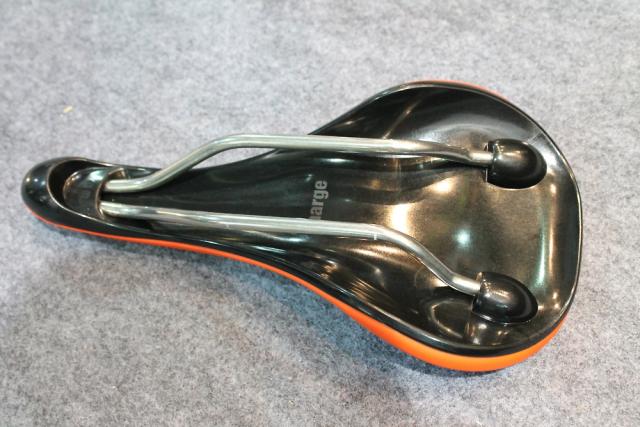 That base is one-piece. Everything on the underside, apart from the rails, is moulded together. It makes for a really tidy look (not that the underside of the saddle is the most visible part of your bike). You can easily flex the saddle with your bare hands so we’re guessing there’s going to be a load of comfort on offer here.

While we’re gawping at the underneath, those are hollow ti rails that have been curved rather than bent – they're flowing rather than angular. Again, that's designed to add to the comfort. 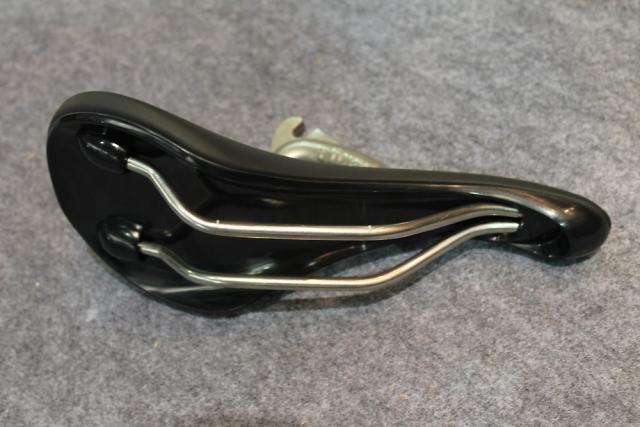 The base – or ‘shell’, if you prefer – is covered by a thin layer of PU foam. Charge can make it so thin because of the comfort you get from the other materials. Over the top of that you get a new microfibre cover that’s again very flexible. It’s all very cunningly bonded together to leave a tidy looking saddle.

The overall shape is based on that of Charge’s ever so popular Spoon saddle, although it’s a little lower profile thanks to the thinner padding. The whole design came from Charge and it belongs to them so you won’t find this saddle out there with anyone else’s name on it. 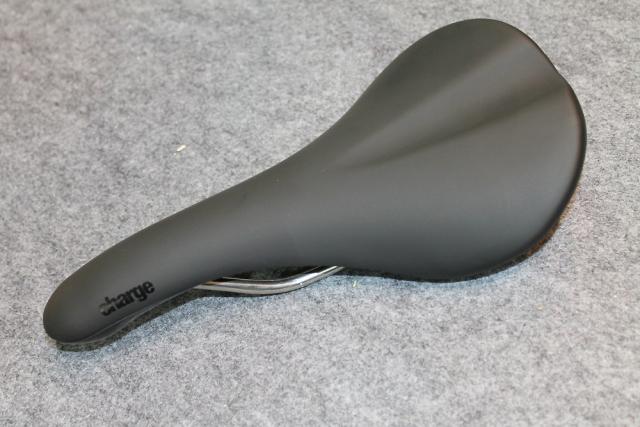 It’ll be available in a load of different colourways – black and white, obviously, but also white on black, black on white, orange, green… and a bunch more.

How much do you reckon? Have a guess...

Nope, wrong. Charge will be selling the Scoop at £45 a go. The saddle will be available some time this summer, maybe by June. More news on the arrival date when we get it.

We have a couple of Scoops to play with so we’ll let you know how they ride before the release.