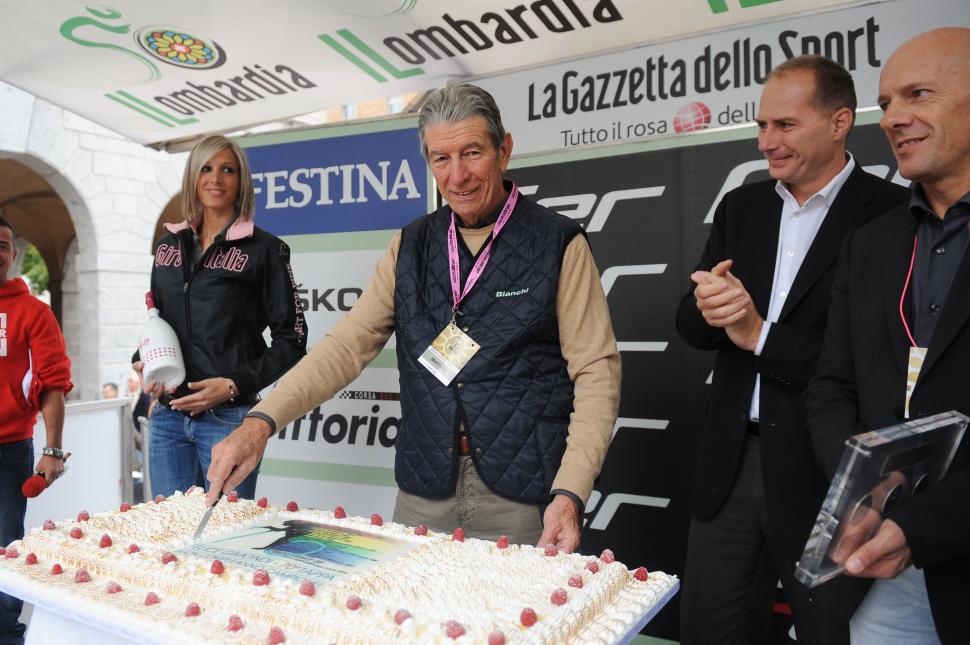 Felice Gimondi, one of only five cyclists to have won all three Grand Tours – and, with Bernard Hinault and Eddy Merckx, one of only three to have also taken the rainbow jersey – has become the second man to be inducted into the Giro d’Italia Hall of Fame.

Now aged 70, Gimondi, won the Giro on three occasions but had the misfortune to be racing most of his career after Merckx, three years his junior, exploded on the scene in the late 1960s.

His haul would surely have been bigger were it not for Merckx’s dominance of the sport in the late 60s and early 70s.

Gimondi, who rode for the Salvarani team between 1965 and 1972 before switching to Bianchi for six seasons before retiring in 1979, finished runner-up to the Belgian twice in the Giro and once in the Tour de France.

The rider nicknamed il Fenice – the Phoenix – would also find Merckx to be the most formidable of rivals in one-day races too, although he did himself win three Monuments – Milan-San Remo and Paris Roubaix, as well as the Giro di Lombardia twice.

In Milan yesterday, where he was presented with a replica of the Trofeo Senza Fine – the “trophy without end” – nowadays awarded to the Giro winner, Gimondi quipped that once again he had come second to Merckx, who was similarly honoured 12 months ago.

He also paid tribute to the domestiques who had supported him in his triumphs, several of whom were present yesterday.

His induction to the Giro d’Italia Hall of Fame is the second time RCS Sport has honoured Gimondi within the past year – last September, they marked his 70th birthday by presenting him with a cake at the Giro di Lombardia, which he won in 1966 and 1973.

RCS Sport has also produced a video showcasing some of the highlights of Gimondi’s three Giro d’Italia victories.