We brought you news of the Revolights LED wheel lighting system last year, and this week the Californian company is going into full production with a worldwide launch, following a successful Kickstarter campaign to raise $200,000 in funding.

The City Revolight v1.0 features twin LED rings attached to the wheel rim with lightweight alloy rings, controlled by a system of sensors and a fork-mounted magnet, and an integrated accelerometer to assess speed and direction so that the lights, in the case of the front wheel, only fire when they're in the forward facing position. The LEDs provide 35 lumens each. 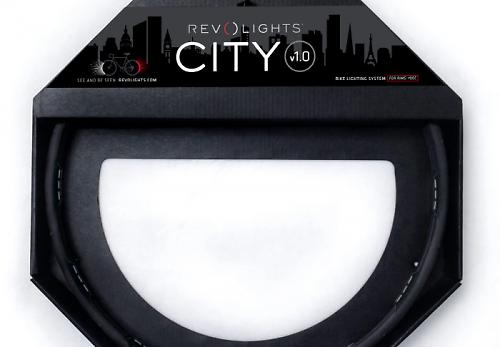 The slim batteries, 350g per wheel, can be charged via USB ports. Battery life is a claimed 4-hours. The system is fully water resistant and apparently theft resistant as well, which is good to know here in London. 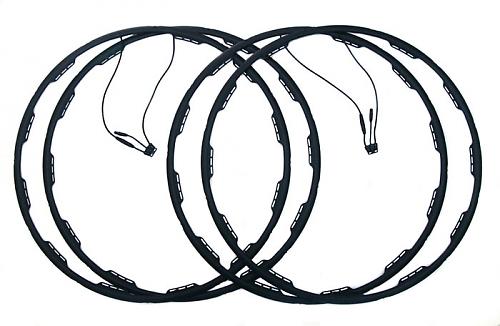 Changes since the Kickstarter campaign include support for deeper section rims, up to 40mm, and compliance with international electronics regulations. They’re designed for 700c rims and up to 37mm tyres and any style of brakes. 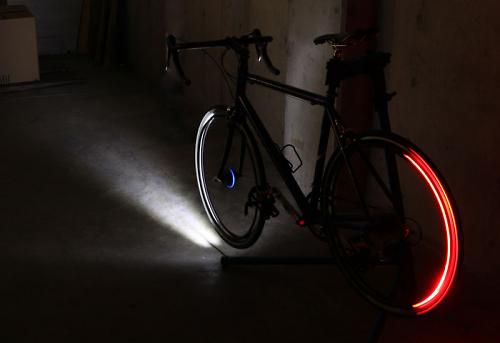 Started by Kent Frankovich and Adam Pettler in 2011, they’re entirely funded by Kickstarter supporters, which allows for crowd funding through the company’s website. We’re seeing a lot of cycling products, like Full Windsor, reach the market with the help of investors around the world pledging their support. 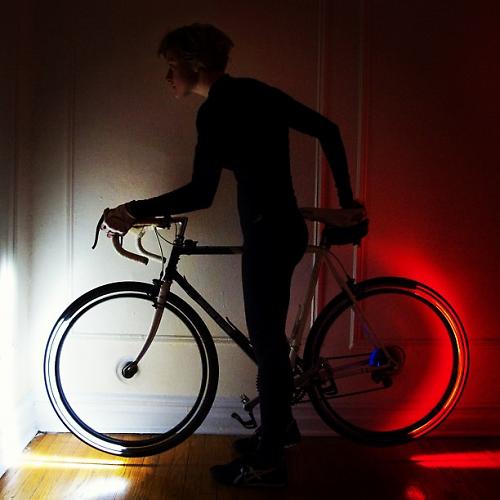 And the light can now be pre-ordered in Europe. Delivery of the product is expected to be June though, so you’ve got a short wait. They cost $229. Get yours now at http://revolights.com

Here's a video showing how it works and looks;