Campagnolo was founded in Vicenza, Italy in 1933 and this year they celebrate their 80th year of manufacturing groupsets with a very special Super Record collection. The groupset will be presented in a special case with words and photos from their history, making it a real collector's item for Campagnolo fans.

It won't be cheap though, without wheels it'll cost £2,599. Groupsets will be limited as well, being on sale only between March and June. Though how many actual groupsets that means we can't confirm at the moment.

In the company’s long history they’ve produced some of the key changes in bicycle design that we today take for granted. And it all started when founder Tullio Campagnolo invented the humble quick release mechanism for wheels. The first Super Record flagship groupset was introduced in 1973, following Record 10 years earlier. The 80th Anniversary Collection, as it's officially titled, is based on the Super Record mechanical groupset. They’ve chosen mechanical and not their electronic EPS version because they cite it as their greatest contribution to cycling, and is a direct descendent of the first Super Record groupset. It’s also their lightest ever groupset at a scant 1,862g and was their first 11-speed offering. Each groupset will carry a unique serial code. 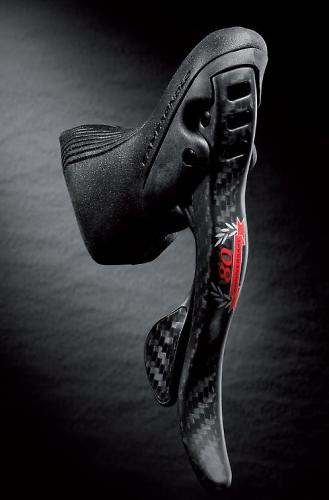 They’ve actually developed some new finishes with this groupset. A new humid-state micro sanding finish for the carbon fibre components and a new opaque finish on the aluminium parts should ensure the groupset keeps on look boxfresh years from now. Even the application of the logo has been tested to ensure it doesn’t wear away with hours of riding and cleaning. It’s designed to be ridden, not stored away, though we imagine many will be kept in their boxes. They have wheels to match the groupset too. Two sets, in fact: a full carbon 50mm deep-section pair weighing 1,310g, and a aluminium/carbon 50mm wheelset at 1,590g. The full carbon wheelset features hubs with cup and cone Cult bearings, claimed to be nine times smoother than standard bearings. It uses their G3 spoke pattern and the hub has oversized flanges to form a stiffer wheel. The alu/carbon wheelset shares the same hubs, bearings and spoke pattern. The collection is due for release in 10 days time. We’ve no word on pricing yet, but will let you know as soon as we find out. 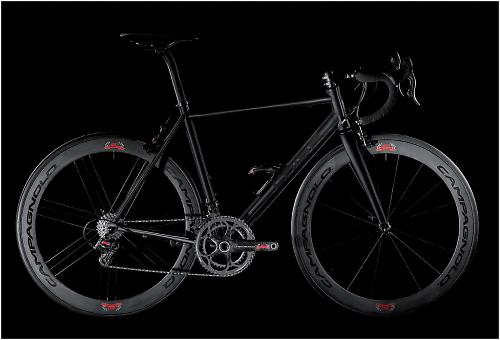 And here's a complete bike with the new groupset and wheels fitted. Very nice.

So, what do you think?