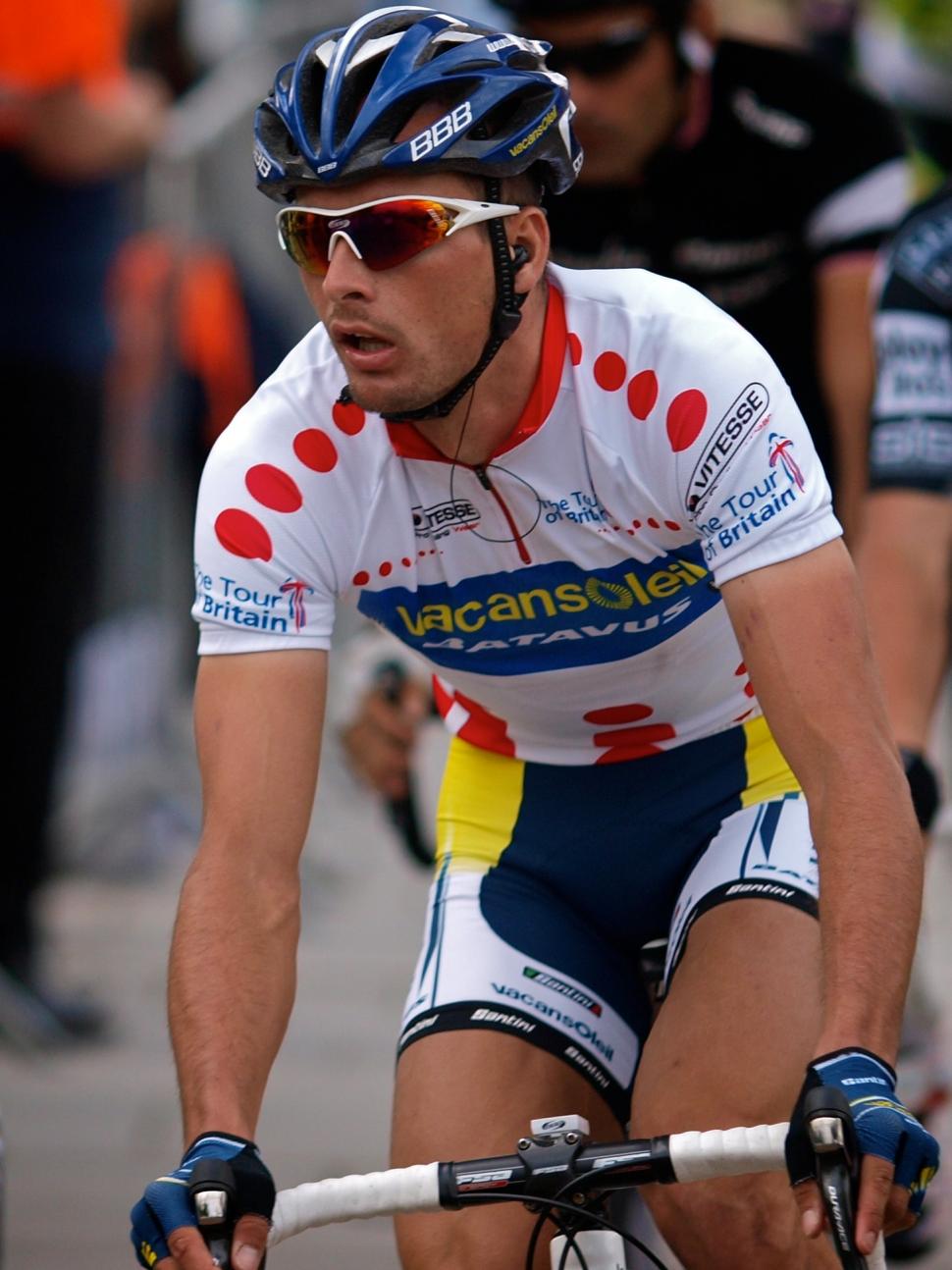 Broken bones for Johnny Hoogerland, but extent of injuries not as bad as feared

Johnny Hoogerland’s Vacansoleil-DCM team says that the injuries the Dutch rider sustained when he was hit by a car while training in Spain yesterday are not as serious as originally feared, although it confirmed that he had broken five ribs and some vertebrae in the incident.

In a statement released this afternoon, the WorldTour team said: "After he was hit by a turning car on Sunday Hoogerland is on the intensive care in the hospital of Villajoyosa. On Monday morning he was examined."

The doctors diagnosed five rib fractures, broken bones from his spine and a bruised liver. Furthermore there was an effusion of blood around but not on his liver.

Describing that latter diagnosis as "a relief" for the rider, the team's statement added: "He will have to stay on the intensive care until at least halfway through the week and transport to The Netherlands won't be possible in the next week."

Hoogerland’s injuries rule him out of action during the spring, where he was looking to build on a strong campaign 12 months ago with results including fifth overall in Tirenno-Adriatico.

Vacansoleil-DCM sports director Aart Vierhouten, who is travelling to Spain to visit Hoogerland in hospital, commented: "Besides the good news regarding his liver this is a personal drama for every top athlete.

“I have to say that I am happy that the liver injury is not too bad but it still is a big injury. The main concern is that he gets better soon.

“Besides that the team will of course miss him in the coming months. After a hectic winter last year it was a good and relaxed winter this year in which Johnny was on his way to reach his 2011 level."

That was the year in which he had two spells of three days apiece in the polka dot jersey in the Tour de France, getting it the second time on the same day of the infamous incident involving a France Télévisions car hitting Team Sky’s Juan Antonio Flecha, sending Hoogerland crashing into a barbed wire fence.

Last weekend, the rider had been training in Spain for French race the Tour Méditerranée, which starts in Limoux in the Aude department on Wednesday.