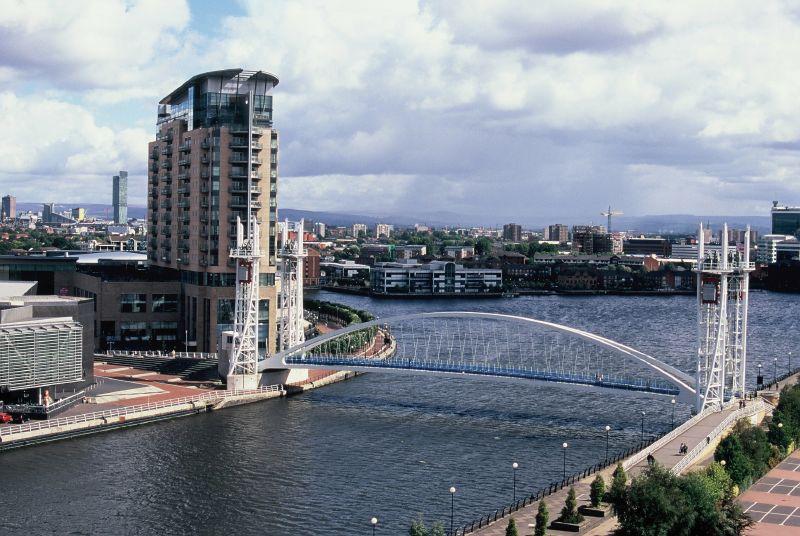 Beat the clock ride for all ages, with prizes to win
by Kevin Emery

The first ever Salford Cycle takes place on Sunday, September 27 and it's a participation ride with a difference, a 1Km time trialled event. The Cycle, staged in conjunction with Salford City Council, is open to  seasoned cyclists or novices wishing to take part for fun. Riders will be chip timed over athe1km route around Salford Quays which starts and finishes at the Lowry Plaza.

There is a Formula 1 style system of qualification, where riders are given two opportunities to set a time. The top ten in each age group progress to a final, where they will be competing for prizes.

The age categories are 13-14, 15-17, 18-39 and 40 plus and prizs will be awarded to the top three in each age category. There is also a Corporate Challenge, where teams of three compete against each other, with the lowest aggregate time taking victory and winning prizes.

The Salford Cycle time trial starts at noon, and also on the day is the City of Salford 10k run, which also starts and finishes at The Lowry.

1
Cyclist shot by hunter who says he mistook him for a rabbit
2
Car wing mirrors studded with spikes reported to Greater Manchester Police
3
Road rage driver who rammed and killed cyclist and then boasted about it jailed for 10 years
4
Near Miss of the Day 669: Cyclist confronts driver after 'worst overtake I've ever seen'
5
New Zealand MP goes into labour, cycles to hospital to give birth
6
Cyclist sprints away from knife-wielding mugger – and warns others to be vigilant
7
Government clamps down on handheld mobile phone use while driving
8
Five cool things coming soon from Black Inc, Met, Koo, 7mesh and Moon