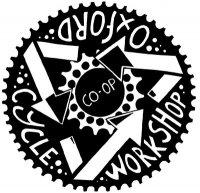 We were big fans of the Oxford Cycle Workshop, so were delighted to hear that the award-winning co-operative is to re-open, as The Broken Spoke.

Cassiope Sydoriak and Elle Smith, who ran the co-operative's women's only bike mechanics night at the organisation when it closed in February, have kept the workshop going and have now launched the new organisation.

The women's workshop, called Beryl's Night, was oversubscribed, and the pair decided it was time to open a facility for the whole community.

Ms Sydoriak told the Oxford Mail: “We banded together and decided to go full-fledged and get something that’s open to everybody.

“I think having something like this in Oxford is very important in ways that aren’t yet realised.

“It’s about people being able to maintain their own bikes, getting people to cycle more which is good for the environment."

“Oxford is a big cycling city but a lot of people just use bikes to get from A to B, we want there to be somewhere for cyclists to go where they feel like part of a community.

“If you get people to feel they are part of a friendly, comfortable community of cyclists, it will encourage them to cycle more – and in turn use the workshop more.”

The Broken Spoke is currently a limited company, but its founders hope to operate as a co-operative, along the same lines as the Oxford Cycle Workshop.

A bicycle scavenger hunt will launch the new facility, leaving from Broad Street at 6.30pm on Friday.

The first open access workshop is at South Oxford Community Centre, Lake Street, on Saturday, costing £7. There's a full course in bike mechanics starting on Sunday, which is already sold out, and more to follow.