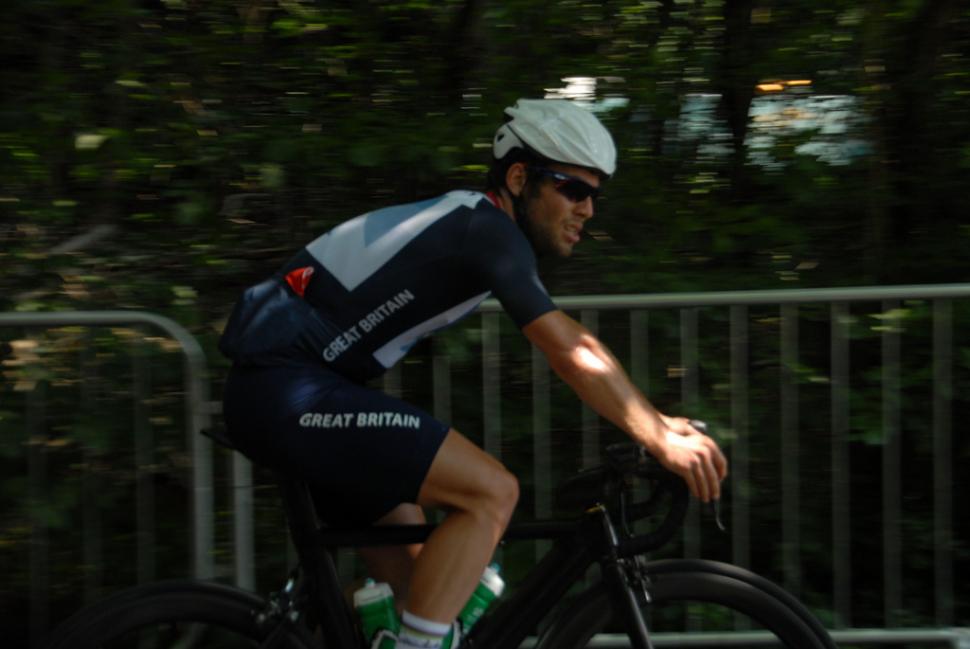 Veteran cycling commentator Phil Liggett has risked the wrath of BMX and mountain biking fans by suggesting that those events should not be at the Olympics. Meawhile, last minute preparations are being made ahead of tomorrow's men's road race, with world champion Mark Cavendish and Tour de France champion Bradley WIggins among those out on training rides yesterday.

Speaking to the Australian newspaper the Herald Sun, Liggett criticised changes to the track programme introduced by the IOC and UCI that result in five events in the Velodrome for both men and women, with the individual pursuit one of those to be ditched: "It is absolutely disgraceful what they have done," he said. "They have devastated the track with the new events and taking out the iconic events of the Olympics," Liggett said.

"They have taken out the exciting and interesting events - the individual pursuit, the 1km time trial and the women's 500m time trial, and put in an omnium that no one will ever understand. There is only one rider from each country in the omnium and they are a jack of all trades and master of none."

"Nations and riders complained, but the UCI wanted equality. They got that but they also took out women's events. They introduced BMX. Great, but I am sure [Olympics founder] Pierre de Coubertin would have laughed his head off if he found out it was an Olympic discipline.

"It might be exciting but we are talking the Olympic Games. We have never had a good mountain biking event. Thousands will watch them but they are not Olympic gold medal events.

"They weren't meant to be in the Olympic Games."

Cavendish and Bradley Wiggins, together with the rest of Team GB, took to the Box Hill circuit yesterday for a training session there as the big race approaches. Other countries including Australia, Belgium and France were also out training on Surrey's roads yesterday.

There are more pictures accompanying this story on the Surrey County Council website, which also has links to useful information for those looking to attend this weekend's races.