Mosquito Cycles in Islington, London are the exclusive UK distributor for Zullo, a prestigous Italian marque that has been building frames since 70s. We've just got our hands on a Colombus Spirit XCR built Vergine to test, and first impressions are very good indeed.

The man behind the brand is Tiziano Zullo, who first put his name on a frame during the 70s, and between 1985 to 1992 supplied the  Dutch TVM team (of which lengdary climber Robert Millar rode for) at a time when steel frames were the predominant choice. As material choice at the professional level has moved over to carbon fibre, via aluminium and titanium, Zullo instead resisted, staying with steel, which unfortuantely meant the brand is no longer seen in the peloton. 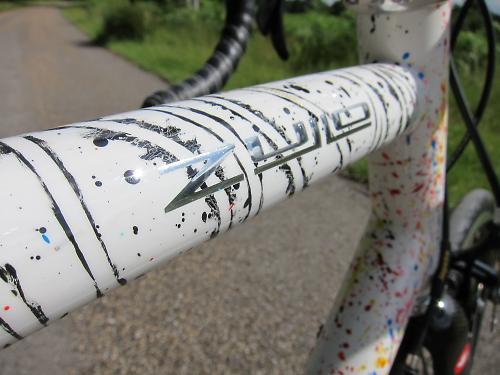 But Zullo is still making beautiful steel frames, and two years ago Mosquito Cycles started bringing the company's nine model range into the UK.  Last week we picked up the Vergine, a frame made from TIG-welded Columbus stainless-steel Xcr. and the geometry follows classical form with a forward sloping top tube and short head tube – each Zullo is built to order which means Mosquito will first fit you, then order a frame that is made to measure. 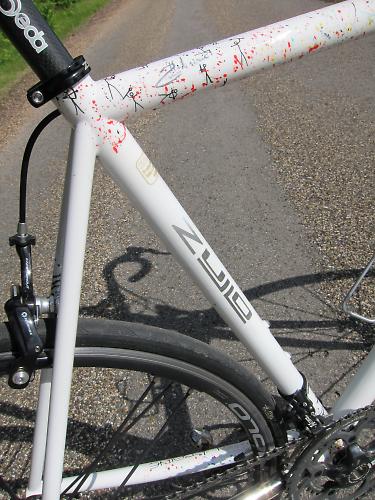 It's a bike bred for high performance. Tube profiles are on the large side and 8mm dropouts ensure lateral rigidity is high. Each frame is custom built at Zullo's workshop in Castelnuovo del Garda on the shores of Lake Garda near Verona, which we can only imagine is as idyllic as it sounds. There aren't that many Italian frame builders still making frames in the country, which immediaetly gives the company a unique draw. As befits such a beautiful frame no shortcuts have been taken with the specification, though Mosquito will build a Zullo however the customer wants. Our sample is built with a full Campagnolo Super Record 11-speed groupset, Campagnolo wheels and Deda bars, stemm seat post, Fizik Tundra saddle and Continental Grand Prix tyres. 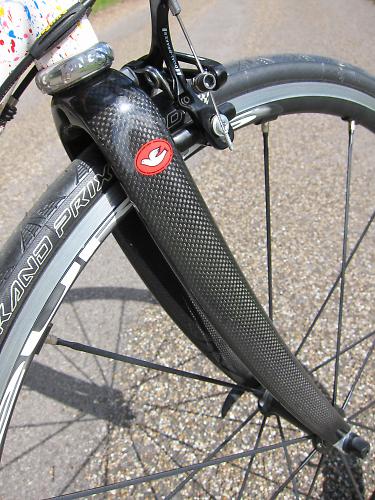 We'll be hitting the roads on it soon, we'll let you know how we get on with it.

The Vergine frame and carbon fork costs £2,995. More information at www.zullo-bike.com and www.mosquito-bikes.co.uk